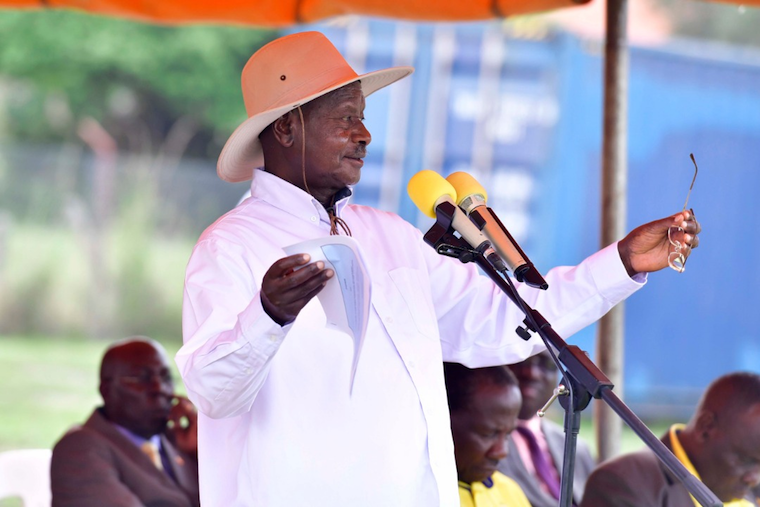 I have read Angelo Izama’s response to my article, “Kampala’s dishonest public intellectuals,” which appeared in The Observer with keen interest. It is typical for essayists to claim that responders misread them when they disagree.

I intend to do neither of that. Instead, I strongly believe Mr Izama over-read my piece to the point that he graciously attributes to it projects far bigger than I may have intended in writing mine. Take for example, Izama writes that I offered “one piece of analysis to back up my theory of “what is Uganda’s problem.”

Surely, “what is Uganda’s problem?” was never a project/question of mine, and I cannot tell how Izama reached the conclusion that I had sought to answer such a terrible question. From there, Mr Izama accuses me of concluding that “Museveni is Uganda’s problem!”

Although, elsewhere I would agree that Museveni is a major part of Uganda’s problems, I do not know from where Izama saw me write such conclusion in that little essay of mine.

Moving forward, seeking to problematize my conclusion, that; “To understand Museveni’s Uganda, one has to find meaning in chaos – because chaos is culture” Izama reads it through the lens of violence, and goes on to remind us that surely Uganda is “a colonial innovation imposed through violence.”

Although “chaos” and “violence” tend to move together, they are not transmittable. Indeed, my otherwise guarded theoretical use of “chaos” sought not to underscore a violent situation, but rather an absence of structures and order in governance. I sought to underscore haphazardness as a mode of governance, noting that the mess or disorganization in Kampala is the way in which Museveni orders his world.

So, moving from setting own questions, inordinately expanding my scope, and differently reading my application of chaos, Mr Izama completely missed most of my intentions. But there is plenty of talking points I need to pursue with Izama’s rejoinder.

Let me reiterate here that my question was narrower, and my scope limited: In cinematic shots, I started by painting the mess in Uganda today: Bank of Uganda, Lubowa hospital, crime in police, women murders, Stella Nyanzi, Afande Kirumira, MP, Ibrahim Abiriga, SFC in parliament, etc.

My question then was, how do our local analysts make this mess comprehensible? I had three categories of analysts: (a) regime intellectuals who proudly mouth out lies for a living (b) the confused, so-called objective intellectuals, including economists, wacky legal practitioners, and pollsters who are obsessed with figures and stats and are blind to power, (c) and those alive and aware of power, and Museveni’s love-affair with disorder.

My credit to this third category is that they understood that disorder is not the way Museveni’s government fails, but it is how it works. In other words, Tumusiime Mutebile and co. are not the problems at Bank of Uganda, disorder is the ways the powers that be want BoU to be run – and has been 26 years ago beginning with the closure of Teeffe bank.

Does the above sound like Museveni is Uganda’s problem?! If yes; then yes. But does that sound like an over-simplification? No, because it spells out a specific context in which his mode of government makes him the problem.

Let me nuance this a bit more:

There is a terrible tendency for analysts – and Mr Izama is wholly guilty of this – to claim that actors in their contexts have to deal with myriad challenges (historical ones – colonialism, previous regimes; global interests, like China, WB, IMF, and other local contending forces such as clans and tribes), way beyond their control.

That this extremely tense context often makes governance difficult – and leaders should not to be blamed much for the mess around them, for their choices are limited. Such a claim is not only theoretically handicapped, but is ahistorical in itself: There is never a time in human history where political actors do have to deal with myriad forces – some way beyond their control.

What makes one think that because Buganda’s Kabaka Suuna ruled before colonialism, and before WB and IMF, his governance did not have to contend with myriad forces – seemingly way beyond his control?

Or why then was Julius Caesar assassinated? What befell Napoleon Bonaparte? The point is this: leaders take on positions they do with the awareness of a difficult context in which they will have to exercise their agency.

Indeed, we judge them against the decisions they take in that given context with all its myriad challenges – because these challenges are realty itself. So, the claim that leaders, are “like primary pupils, [responding] to a set of multiple-choice questions, imagining it gives them range,” is not only theoretically poor, but also escapist.

Leaders have to take responsibility for their actions, within that difficult context. In Izama’s words, they have to be responsible for the answers they choose from within the choices the gods have offered to them – for there has never been a different realty.

0 #1 Rajab Kakyama 2019-07-11 20:11
So, Izama falls under your category (b) who are blind to regime excesses. The regime "apologists?" I gat that.
Report to administrator
0 #2 WADADA roger 2019-07-11 21:53
And when you have terrible names like my own, Anite, Izama among other you have got to be careful what you are defending, 2moro, nobody will even recall that you ever did anything good for them.

They will simply find reason to trash you like used tissue.
Report to administrator
0 #3 Totu Red 2019-07-14 14:37
Your writing is rubbish. Is Kampala Uganda? Does Uganda have an absence of structures in government?

Some say there are too many structures. Who said leaders operate out of context? Izama put you straight. He is an honest writer.

Your writing is rubbish. Is Kampala Uganda? Does Uganda have an absence of structures in government?

Some say there are too many structures. Who said leaders operate out of context? Izama put you straight. He is an honest writer.

You are a fake alarmist They should put you on a watch list, for spoiling the good values of Islam with your criminal mind.

But Totu Red, what is criminal about Yusuf's arguments herein? Otherwise you seem to be an erratic and blind reactionary; with no internal/intellectual capacity to rationalize, internalize issues or contesting arguments.

In other words, watch out! less you embarrass and/or hurt yourself.

E.g., what Islamic values has Mr. Yusuf vulgarized or spoiled?
Report to administrator
0 #6 Totu Red 2019-07-17 19:13
Lakwena, you over comment. That is why you are lost. You speak first and imagine later.

Yusuf tells lies to strengthen his ambition. He is jealous of other writers. Islam preaches honesty.

When did lies become honesty? In Observer? It will cost money. Wait and watch.
Report to administrator