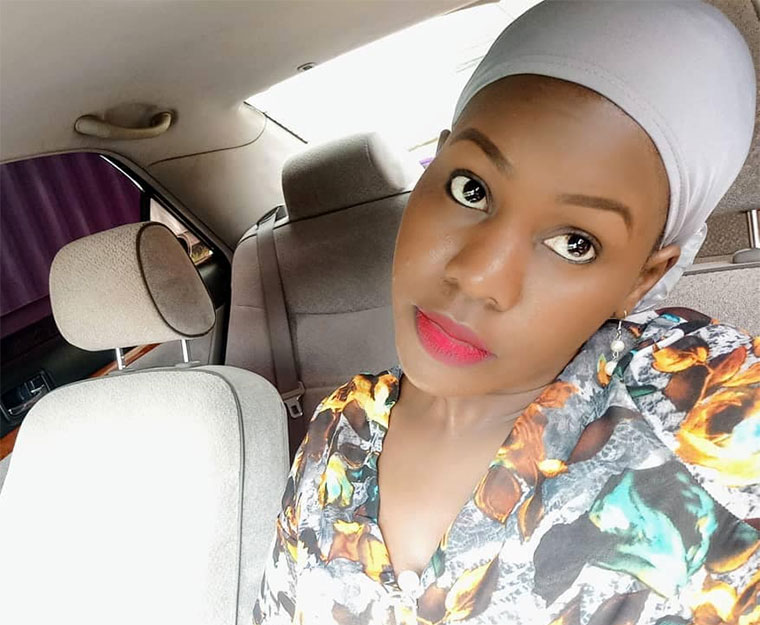 Your views on “Four classes of women that may never get married” tickled my feminist sensibilities and I felt I should respond to some of the concerns you raised.

I will begin by restating the advice given before embarking on a simultaneous debunking of some of the arbitrary premises and conclusions which are grossly embedded in the advice.

The first category of ladies whom you are afraid will not get married are those who are “too selective” with high expectations regarding the qualities of their dream man. You advise such women to settle for any man who possesses at least 50 per cent of the desired qualities.

The second category is that of ladies who are noticeably beautiful and very attractive. The third category you identified is that of a rich man’s daughter. You advise that for such women, humility and humbleness is the solution if they want to stand any chance of getting married to the right person at the right time. The last category, one on which I will hinge my analysis, is that of the “career women.”

You define these as women who are very hardworking, ambitious, and successful in life. They tend to be feminist and believe that what a man can do, a woman too can do. You mention that their problem is that they want to run their homes the same way they run their businesses by being bossy and this scares away men.

That the more masculine a lady behaves, the less attractive she becomes to a man. You advise such women to learn how to be submissive to a man and avoid arguing with them (men). You also advise career women to be “more feminine” in their outlook.

I must start by refuting your simplistic view of masculinity. The narrow kind of view which depicts men as people with very fragile egos which must be protected in a very special and hard cage in order to make them feel better about themselves.

Without any further valid justifications, I want to suggest that any man who feels fundamentally threatened by a woman’s job/career/wealth should be exactly the kind of man that any woman should avoid.

Secondly, by stating that “career women” tend to be feminists, and believe that women can do the same things that men do, you arbitrarily shine a bad light on the entire movement and discourse of feminism. You seem to equate feminism to a vice or some kinds of criminality such as terrorism, violence or theft.

Yet, while there are a wide range of definitions and forms of feminism, there is an almost inevitable tendency to hover around the tenets which acknowledge that there have been historical injustices against women, and that there is something that can be done to reduce those injustices. Therefore, to many people, feminism simply implies advocating equitable and fair access to education, employment and other opportunities for both women and men.

The need to protect the perceived fragile egos of men is a trap that is inescapable by many well-meaning people. For instance, when the recording artiste, dancer and actress - Sheebah Karungi - recently unveiled her glamorous mansion, the major concern for the revelers who were interviewed was what she will do with the house in case she is to get married.

So, basically, there we are, with a woman with the career success that several entertainers (including prominent men and women) can only envy, but is expected to regrettably feel sorry about her achievements and must “tone down” on her achievements so as not to threaten prospective husbands.

Additionally, when you advise career women to be submissive to men, not to argue with men and strive to look “feminine”, you are only depicting the kind of language that most people have arbitrarily internalized from socialization.

The kind of language which portrays marriage in terms of ownership, rather than partnership. The kind of language which has led many to believe that for a woman to fail to get married, beyond a certain age, she must see it as a deep personal failure. Yet, another man of the same age or older is seen as one who hasn’t found the right person or hasn’t simply decided yet. For all its worth (joy, love, mutual support), do we ever wonder why we teach women to aspire to marriage, and not the men?

Consequently, it is because of advice like yours that women learn to: give in to fragile egos of men, learn to shrink to make themselves smaller, have ambition but not too much, aim to be successful but not very successful so as to avoid “threatening” the men. If a woman is a breadwinner, she must have to pretend that she is not, especially in public, “emasculating” the man.

Yet, just like we have devised solutions to most of our challenges as humans, we are more than capable of re-imagining gender relations, work and marriage. We can still create a world of happier men and women who are truer to themselves and freer from the mostly exaggerated and stereotypical shackles that shape our gender perceptions.

In the longer term, this task can be achieved by raising the young generation differently. Ultimately, we can end up with a world in which masculinity is not a thing that men must prove to women and a thing that women must acknowledge in men.

The writer is a social worker in Alberta, Canada.

Nakazibwe is nurturing the status quo which is not healthy for the future we are sacrificing for. In fact, a man threatened by a woman's achievements and a woman who has to live a lie to put a man on a pedestal both have distortions!

There are men who appreciate strong women and women who know how to treat a man like lovers "should" regardless of achievements.

Love is love, and sometimes there's no logic to it! Many relationships are breaking because some men and women harbor such sentiments as Nakazibwe's!
Report to administrator
+2 #2 zzungulu zungulu 2019-07-11 16:07
Her thinking is simply below par.
Report to administrator
+3 #3 WADADA roger 2019-07-11 22:19
I dont see why the writer had to waste this page responding to Farida for two reasons; First i dont think she has the brains and the moral authority to advise any woman on matters of relationships, she is a total failure on matters of men as she did not know what she wanted in life. Ask Kigongo.

Two, she forgets that what is good for the goose is not necessarily good for the gander
Report to administrator
+3 #4 pkyoyagala 2019-07-12 09:42
Great article highlighting very intriguing understanding of feminism. Women should not struggle not to be themselves simply because they are steeping outside of the norm.
Report to administrator
+3 #5 Samba 2019-07-12 13:15
This is a very insightful piece. Thank you for highlighting the dynamic shift in perceptions of relationships. Women need not dim their light to "attract" men.

Any man would be lucky to have a successful woman
Report to administrator
+1 #6 John oumo 2019-07-14 11:41
One thing people should know a bout Faridah's posts posts on her Fans page is:-

-she Google's whatever she posts & she doesn't mean any of those words coz they are not hers.
Report to administrator
+2 #7 Jackline 2019-07-15 08:14
Thank you so much . Women are limited and pressured about marriage, its like when girls finish school during graduation parties, people keep saying " thank u for bringing us together, we are waiting for the next gathering " meaning marriage.

Young women are rushing to marriage even before getting jobs and developing themselves because of the pressure to get married and when a woman takes her time to develop herself, that's when you hear people saying they men fear her. The sky is the limit.
Report to administrator
+2 #8 Lakwena 2019-07-15 16:17
Since the Biblical Eve's scandal: a careerist, beautiful or not, successful or a failure; the man and woman relationships is more complex than the eye can meet.

E.g. according to Esther Vilar's book, "The Manipulated Man"; women resent and blame the men they cannot manipulate, exploit or enslave.

In other words, the story coming from a woman herself, is so controversial, honest and exposing women's concealed agenda (deceit).
Report to administrator
+6 #9 Japman 2019-07-15 17:06
All the Comments above seem to respond to category three (3) only. There were four categories in total.

Nakazibwe is not wrong, You can never get a perfect person for a spouse, some tolerance is required.

The ladies who think are very beautiful sometimes let the serious guys go thinking more will always come coz of the beauty.

They sometimes also forget that the beauty that really matters is the inner one (Character).

On the issue of carrier, it's preference. It affects both men & women. Not marrying is not a crime, but when one chooses to do so, he/she must know that some adjustments in life style is required; you become accountable to each other and the other stake holders (Children).

Before you take up that Job in Somalia or engaging in that business venture, you have to weigh its impact on your family.
Report to administrator
+6 #10 Japman 2019-07-15 17:17
I think we also need to note that the current generation of young people in the name of WESTERN modernity are very anti-marriage.

The modern Europeans (western) and North Americans don't treasure marriage anymore really. Our views on marriage really depends on the world view we subscribe to.
Report to administrator