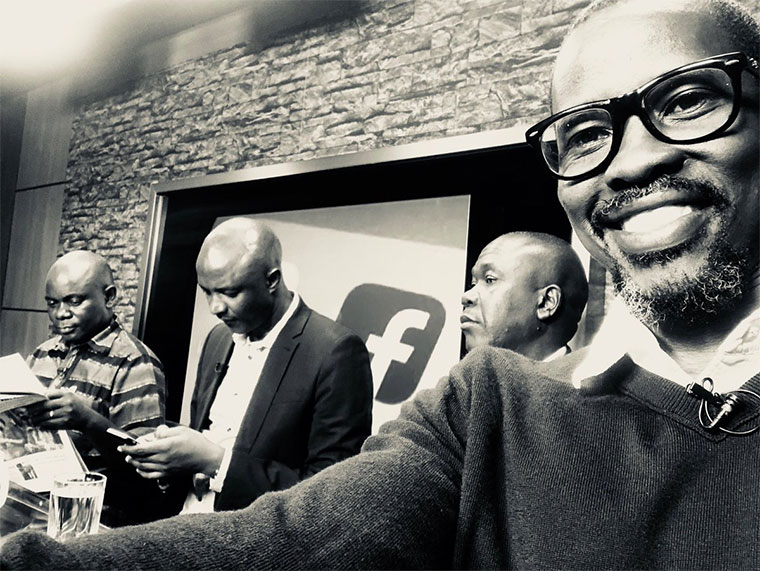 Your columnist Yusuf Sserunkuma if I am right, in his provocative smackdown of Uganda’s so-called public intellectuals (see Kampala’s Dishonest Public Intellectuals) appears to suggest that those commenting on public affairs must have a unifying theory of what is wrong with Uganda – and act accordingly on it.

At various points, he refers to them as ignoramuses, dandies and handmaidens to the violent and unaccountable authority of the state. Sserukuma offers one piece of analysis to back up his theory of “what is Uganda’s problem”.

"To understand Museveni’s Uganda” he opines, “one has to find meaning in chaos-because chaos is culture."

As profound as it sounds, this view is neither illuminating nor edifying. In summary, like YK Museveni’s own and since abandoned effort at simplifying the ‘African problem’, the article concludes that Museveni is Uganda’s problem. Museveni before this said something about leaders overstaying in power.

There is everything wrong with the oversimplification of the ‘Ugandan’ or ‘African problem’ because it tends to lend itself to propaganda rather than promote as the author would like enlightened debate. This is where in fact the article concludes drawing a line between pro-regime commentators “like Andrew Mwenda” and anti-regime ones like “ Kalundi Serumaga”.

This discourse is limiting and here is why.

First, on the subject of chaos.

It cannot be news that Uganda is a product of the violent construction of a state – and within it, society. That is the pen and sword that colonialist wielded and handed over to the black imperialists after independence. Uganda’s current government runs on a Victorian model of dirty industrialization and a crude engineering of social classes.

That the institutions of state will be no more than referees to violent inequality, now and in the future, should not come as a surprise. The real logic of chaos is the social acceptance in Africa today of the idea of the state, the nationalisms it breeds as well as the legal, political and economic basis we have come to internalize as its role in managing social and economic relations.

Despite being a colonial innovation imposed through violence, most Ugandans and other Africans, cannot imagine living without the state as it is today presented. So, they will debate its qualities back and forth to measure progress.

They are responding, like primary pupils, to a set of multiple-choice questions, imagining it gives them range. In fact, the real limit is what the examiner has set not the mind of the pupil. Sserunkuma’s critique operates under the broad canopy of the inherited state as a force of good.

Some of the problems we are having today is because politicians and their supporters operate under the hubris that since they are administrators of the state it automatically means that they are also managers of society.

Obviously since the former colonial state is an ill-fitted innovation this fiction reveals its limitations constantly leading to social upheaval and violence. To use one example. Even if most Ugandan communities have been around for hundreds of years – the current government under seal of electoral legitimacy proposed to abolish their native title to the land through compulsory acquisition and other ruses. It does this because it would like to create a new community based on capital and production.

The result has mostly been chaos.

The second problem for Sserunkuma is the politics of his critique. If he cannot raise beyond the first, his review of government failures operates within the confines of the NRM’s short lived administration since 1986. This is a pernicious problem for most public debate in Uganda and operates almost as a form of censorship because all it accomplishes is debate what the NRM has done or failed to do.

After the liberation struggle – the set of issues that dominated the liberation wars has continued a stranglehold on the public conversation about government, politics and society. The liberation struggle became the main public prism through which the society sees itself, its challenges, measures its leaders and its prospects. It has established itself as a monopoly upon which any dreams of advancement are built. Fortress liberation is now a prison of ambition.

It is a prison also for the National Resistance Movement (NRM) which while occasionally drawing inspiration from other movements in Africa and Asia mostly confines its own report card to its own underachievement “since 1986” contrasted with “past leaders” since independence.

It is the intellectual equivalent of negotiating your salary based on your last job not necessarily your true worth. It is no wonder that public discourse has degenerated into a set of competing propagandas between victors from the liberation wars and their detractors.

Intellectuals should break free from this framing. Without access to an expansive history and alternative imagination there can be no unlimited future. One cannot plan to send young Ugandans a future of their choice armed only with their confidence and imagination – if the physical and social circumstances upon which politics is interpreted today is the map that upon which they will plot that expedition.

123
0 #21 Akot 2019-07-08 21:11
The kind of a tomorrow Ugandans want is in their hands & only possible if they stop fighting themselves, holding on to the tribalistic system, used by Museveni to teargas-harass-arrest-block or get at one one another, while there is no organised opposition to the demon!

People say NO IN UNITY to dictators/useless rulers they want out!

How can Uganda tribalistically divided & ruled by migrant Museveni kept in place by the tribalistic system, be overthrown & by who!

The entire world knows we are tribalists tribalistically divided & ruled by a migrant who has no tribal land in our so called country, so no outsider will ever say a word against Museveni, as this would be going against Ugandans, imposing change on them!

How can Museveni not feel 'godly', when there's no organised opposition & is assured by the tribalistic system of rule?
Report to administrator
0 #22 Angelo Izama 2019-07-08 21:14
Quoting Wooden K.:

Dear Angelo , imagine we are in village pub .

Sserunkuma brings in one his all loaded with PHd stuff ; and Angelo Izama wants to talk about access to expansive history and altanative imagination , which one of the 3 topics is most like to capture the attention of the frustrated pub voters ?

It depends on which pub you go to. Your comment assumes that pub goers have limited capabilities.

It also reminds me of the way peasants have been presented by public officials as dumb and infantile.

The colonialist did the same thing by assigning an inferior mental category to locals.
Report to administrator
+1 #23 Lakwena 2019-07-09 09:41
Quoting Angelo Izama:

Angelo you are being too academic. Im not getting your point!

What does being too academic mean exactly?

Angelo, it means: it is neither here nor there.

In other words, whether it is true or false; you can't put your fingers on it: tentative, inconclusive and/or suspended judgement.
Report to administrator
0 #24 Wooden K. 2019-07-09 11:40
Greetings Mr Izama !

you are doing exacty what I expected you to do : blame colonialists and patronize "peasants".

You are wrong Sir !

I any typical pub , on any boda boda park , in Kisekka Market in any Students Hostel , in Kasese Sad Club . in Mutukula Modani Bar , etc etc , ordinary Ugandans do not discuss "altanative imiganation"; instead ( as you remark) hold converstions about or around "physical and social circumstances ".. which I suggested you ( the intellectuals) should do.
Report to administrator
0 #25 Wooden K. 2019-07-09 12:12
Angelo , just because I think that most people prefer talking about things that directly affect their lives , it does not mean that they have limited capacities , are dumb or infantile.

The opposite is true.

It is said that those who elected Trump fall in the category on "PUB GOERS" ( BTW, this is just a semantic). USA voters are not peasants and cannot be accused of being dumb or infantile ; yet they chose Trump over H.Clinton because they were put off by her "algebrical politics "

In other Words , the pub-goers of there have more superior mental capacities than the elitists on CNN .

I say the same about some of you who appear on TV shows or write articles in Monitor , Observer etc.

You assume that the ordinary Ugandan will be impressed by your "analysis" even when it does not tally with their reality.
Report to administrator
0 #26 Angelo Izama 2019-07-09 20:04
Americans will have a full reckoning of the Trump presidency eventually.

And no, we don't assume anything about our readers. We take the risk that we are understood.

Here is a link to a discussion of this article on Power FM in South Africa.
https://omny.fm/shows/power-podcasts/opinion-piece-ugandas-problems-are-beyond-the-pres
Report to administrator
0 #27 Angelo Izama 2019-07-09 20:06
Quoting Lakwena:

Angelo you are being too academic. Im not getting your point!

What does being too academic mean exactly?

Angelo, it means: it is neither here nor there.

In other words, whether it is true or false; you can't put your fingers on it: tentative, inconclusive and/or suspended judgement.

Okay.
Report to administrator
0 #28 Wooden K. 2019-07-09 22:14
1- Its not an original thought/statement / prediction that Americans eventually have a reckoning of any Presidency, be it B.W Bush , Clinton , Obama or Trump.

That is why they only keep one president for a maximun of 8 years.

Myth busted !
3-Personally , I do not Think I need to travel to South Africa to learn what Uganda`s problems are

Keep writing. Maybe you will improve the standards, which have fallen beneath the soil, spearheaded by Yusuf Nugu.
Report to administrator
123