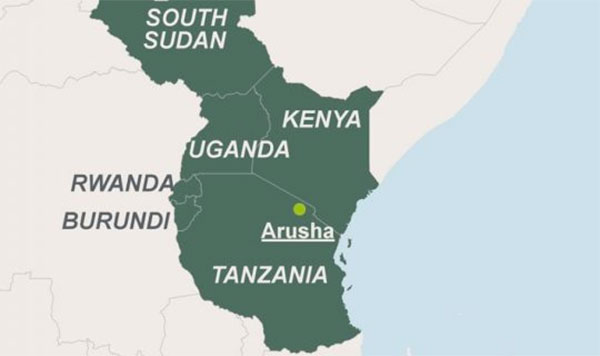 On November 30, 2019, the East African Community will celebrate 20 years of existence.

Lest we forget, it was on November 30, 1999 at Sheikh Amri Abeid Memorial Stadium in Arusha, Tanzania that three heads of state (of the Republic of Uganda, the Republic of Kenya and the United Republic of Tanzania) put pen to paper and signed the treaty that revived the EAC. Again, to jog our memory, the EAC had earlier been established from 1967 and it collapsed 10 years later in 1977.

The current EAC 20-year journey has been remarkable, the inevitable challenges notwithstanding. The framers of the treaty that established the EAC envisaged a community that would be anchored on four pillars. This is aptly captured in Article 5 where the partner states undertook “to establish among themselves, a Customs Union, a Common Market, subsequently a Monetary Union and ultimately a Political Federation.”

The partner states have signed and ratified three protocols in line with these pillars. Implementation of these protocols is at various stages with a commendable degree of success. The pillars are very crucial forerunners to the ultimate goal of political federation.

Thus, in 2017, the EAC heads of state agreed on political confederation as a transitional model to full East African Political Federation. All the partner states have, accordingly, nominated experts and set up a team that is currently working on the confederation constitution. Uganda’s former Chief Justice Benjamin Odoki and Makerere University’s Prof Murindwa Rutanga are part of this team.

When asked to highlight the salient achievements of the 20-year EAC integration, one is spoilt for choice. Nonetheless, some do stand out. The most outstanding being that the community is now six partner states with Rwanda and Burundi acceding to the EAC Treaty in 2007 and the Republic of South Sudan becoming a member in August 2016.

The EAC is now a land area of more than 2.3 million km2 with a population of over 170 million people and a combined GDP of over $170 billion. And this is not mere expansion in figures. The progress registered has endeared the EAC to its neighbours with basically all of them applying to join, including Somalia, Ethiopia and the Democratic Republic of Congo.

While the EAC has up to 19 areas of cooperation as envisioned in the treaty, it is in the area of intra-EAC trade that big strides have been made. In a December 2018 press statement, the United Nations Conference on Trade and Development (UNCTAD) noted that, ‘intra-EAC trade, while low compared to regions outside Africa, is the highest among regional economic communities in Africa at 19.35 per cent of exports.”

The same observation was also aptly made by the finance minister Matia Kasaija in this year’s national budget speech. The minister pointed out that during the 2018/2019 financial year, “the East African Community (EAC) continued to be the largest destination for Uganda’s exports. Total goods exported to the EAC amounted to $1,469 million, compared to imports of $911 million, thus registering a trade surplus of $557 million.”

He also pointed out, “The EAC region is the fastest-growing economic bloc in Africa, with growth projected at 6.2 per cent in 2019, increasing from 5.9 per cent in 2018”.

The EAC is also recognized globally as an epitome of a successful regional economic bloc (REC). In February this year, the ambassador of Brazil to the United Republic of Tanzania, Antonio Cesar, presented his credentials to the Secretary General of the EAC, Liberat Mfumukeko, to also serve as ambassador to the East African Community.

Ambassador Cesar assured the Secretary General that the EAC should “Count on Brazil support because the goals of the Community are excellent for the prosperity of the people in the region”.

He also hailed the EAC as one of the fastest-growing RECs in the world and said that Brazil and the Southern American Common Market (MERCOSUR), of which Brazil is a member, had a lot to learn from the EAC.

All said and done, the EAC integration process has not been smooth sailing all the way. There have been notable disagreements and challenges along the way. Chief among these is the existence of non-tariff barriers (NTBs).

Non-tariff barriers are laws, regulations, administrative and technical requirements other than tariffs imposed by a partner state, which impede trade. This ultimately hinders the full realization of a seamless business environment as envisaged in the Customs Union Protocol and the Common Market Protocol.  Political conflicts have also slowed down the integration process.

The author is the Principal Public Relations Officer at the ministry of East African Community Affairs.

+2 #1 Lysol 2019-06-27 01:12
The biggest problem facing the EAC is the lack of political stability in some of it's member countries, asides from the mistrust of it's citizens, because they are always not well consulted or represented.

Secondly, the intention of those who push for it. Museveni wants to be it's first political integrated leadership, but many in the region eye him with suspicions. He has been around for too long as corrupt and authoritarian. Kenya may even do it's own version of the "Kenexit" or even say Tanzania.

History tells us one Amin destroyed the old EAC, and it may take one Museveni to do the same. Un predicable/unstable Uganda's politics.
Report to administrator
0 #2 Akot 2019-06-27 20:44
Lysol, thanks.

I already asked, a while ago, why Kenya & Tanzania are still in this rotten EAC when the 2 could form the best alliance & give Honorary citizenship to B. Obama & family, so that he helps them!

Why don't Kanyans want help from B. Obama who has time, know-how & will help them uncondituonally & without wanting to overthrow the government nor replace any one?

Besides, Obama will bring Bon Jovi to sing & Kenyans will danse their frustrations away, knowing they have chance for a different start, but for a better future?

Why do Kenya/Tanzania want to be tied up in this dead useless EAC without future for youth?

Uhuru Kenyatta, when is Honorary citizenship for B. Obama & family coming, isn't it better late than never?

How can Kenya not want help/advice from
B. Obama, yet want help from other Americans & Europans?
Report to administrator
+2 #3 Lysol 2019-06-28 21:17
Ref:Lady Akot
Tanzania is already a member of the most powerful SADC, like DRC (which has applied for membership) Kenya is developing rapidly and is not a landlocked country like Uganda. It's the only country in the EAC which practises a true constitutional democracy.

Not perfect, but almost there. The rest are mere pseudo democracies. Holding sham elections is not democracy
just fool the world. .
Report to administrator
0 #4 Akot 2019-06-30 20:39
Lysol, thanks.

Kenya & Tanzania must leave Museveni out of their programmes & just improve on making their countries real democracies!

It beats me that Museveni stays on by using Ugndans agains one another!

Why do Ugandans stil hang on to tribal belonging when they are now landless slaves, while Museveni & foreign companies/countries exploite their land richess without their permission & locals are thrown out of their rich tribal lands?
Report to administrator