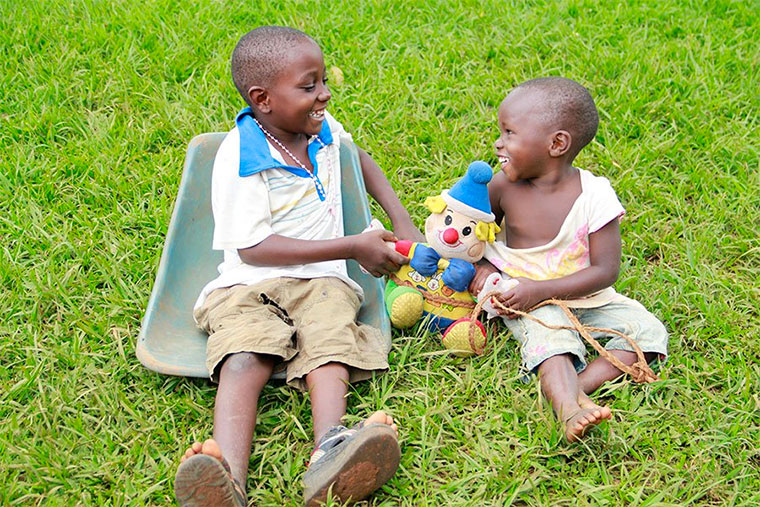 Have you observed that in Uganda, and maybe many other parts of Africa, when money sets in, it rarely leaves our bodies the same?

That one of the easiest ways of finding out if one is gainfully employed is by observing their body size? If one remains lean after finding a good job, we often wonder if all is well.

What worries some people elsewhere is a sign of doing well here. However, it is not difficult to understand the roots of this inclination. Our social backgrounds dictate many of our practices in later life. And knowing that the majority of Ugandans come from backgrounds of deprivation answers a big part of the question.

What is considered to be a modern life is characterised by shunning most aspects of the life we lived in poverty; including those that were otherwise beneficial. You don’t want to travel, eat, spend leisure time like the poor. In today’s speak, it is a moment of ‘okwekubako enfuufu’ (dusting ourselves).

For instance, those from families without cars used to do a lot of walking. For many, school was not near; some up to 7km away. One had to do considerable trekking to and from school, from Monday to Friday.

The walking was mostly because there was no alternative, not that we appreciated its value. So, when you can eventually afford paying taxi fares or buying a car, you even want to drive to a shop 50 meters away from home. Indeed, when you have money and are seen walking, the public impression is either that waggwaamu (you went broke) or you are a miser.

With the exception of a few that are starting to appreciate the value of exercise (often after a health threat), the typical day of the urban-based office worker is spent like this. You wake up in the morning, sit on the toilet. You are saved from the pit latrine where you had to squat and keep in steady equilibrium; it was an exercise of sorts. If you have a bathtub in the house, you bathe while seated or laying on your back.

You then have breakfast while seated; get into your car and sit to work. You enter your office, and sit. If you have an office messenger or secretary, it’s their duty to do the walking. Bring this, bring that... If it were possible, you would send them to the toilet on your behalf. You only want to stand where you must.

You may go out for lunch or eat at your desk, seated. After work, some will go to the bar and sit, for beer and a huge tray of pork. You go back home, sit and watch news, take dinner (late). Then you go to bed. Ultimately, you have sat for around 95% of the day! All along, weight and disease are watching you with keen interest.

A potbelly is not such a bad idea for yesterday’s poor. It is an important social statement that you finally climbed the class ladder - and sometimes that you found something to steal (isn’t this how we caricature the corrupt?).

So, you have to tuck in properly for it to show. People will even say: ‘he has developed a potbelly; he must be doing well’. And you must struggle to sustain it; otherwise, they will say that waggwaamu.

Back at the major seminary in Nairobi, there was this interesting friend of mine from Masaka who had a hanging belly. He would ask us while proudly caressing it: ‘Do you know the cost of maintaining this stomach?’

At every opportunity, he told us of the respect it earned him in Kalungu. And he is not alone in this mindset and class victimhood. It’s rare to find a Ugandan who has ‘made it in life’ without a potbelly. These days, many office-going women have joined the belly club too - beyond the usual provisions of ‘baby fat’.

Unfortunately, formal exercises are generally a foreign thing to us. We switch lifestyle without accordingly picking the necessary discipline of exercise as well. Weight gain becomes inevitable.

Before ‘modernity’, exercise was (is) traditionally entrenched in our work and way of life. Many of our traditional games engage(d) the entire body through jumping, running, pulling, pushing, hopping, bending, sliding... It is very rare to find an obese child in the village; maybe a visitor from town where they play with lazy toys, sedentary video games, and sit to passively watch cartoons.

In the garden, the hand hoe, panga, and pruning knife worked the entire body. We had to walk to the well too, carry water and firewood. Others walked an entire day in the fields with cows and goats. And, whereas villagers lack a number of basic things, they generally eat healthy - though not really by choice.

Meanwhile, when you cross to a new class, you do not want to be seen eating foods of the poor (call them ‘local foods’): entula, malakwang, nakati, omugoyo, doodo, lumonde, muwogo, malewa, osobi, katunkuma, atapa, eshabwe... Besides, you still want to compensate for all the foods you were deprived of in your childhood that are perceived to be for the rich – especially the junk food, the soda you only used to take on special occasions, and meat.

You thus fill your fridge with soda and other beverages full of gas, colour, sugar, and preservatives. When you don’t see oil on the surface of the sauce, then the frying was not well done. Three spoons of sugar in one teacup! Yes, our parents used to hide it from us. Now we are fully in charge of the tin. All the way, weight is smiling, and lifestyle diseases are preparing to report for duty.

Don't pretend and make us believe that you are for change. You are not. It's clear like day and night. Let me ask you a strange question, what do you recommend I should do? Or, how should thing?
Report to administrator
0 #62 Remase 2019-06-22 13:09
Wk, "I REPEAT ; as a private citizen , Mr. Mayiga belonged to a group of Baganda youths who opposed M7, openly and noisily.

As a result , Mr. Mayiga was targeted and kidnapped on M7 orders." "He does not VIST M7 to chat , he does it as part of his job as the Prime Minister of the Buganda Nation." You should also add that he is now protected by M7's SFC!

What is the difference between Mayiga and B Kamya? Yes, they both play different roles, Mayiga is Buganda Katikiro and Kamya, a former FDC party member, is a minister in M7's govt.

As you mentioned, Mayiga was kidnapped but Kamya has never been kidnapped, but they both have 2 things in common, they were both ardent critics of M7 & now they both believe that M7 is the only one with a vision for Uganda!

Let me ask you, has M7 changed from the M7 Mayiga and Kamya "opposed (openly and noisily)" then? And part of his new job is to passionately congratulate M7 for rigging elections and also urge the nation to accept them, right?
Report to administrator
«234567