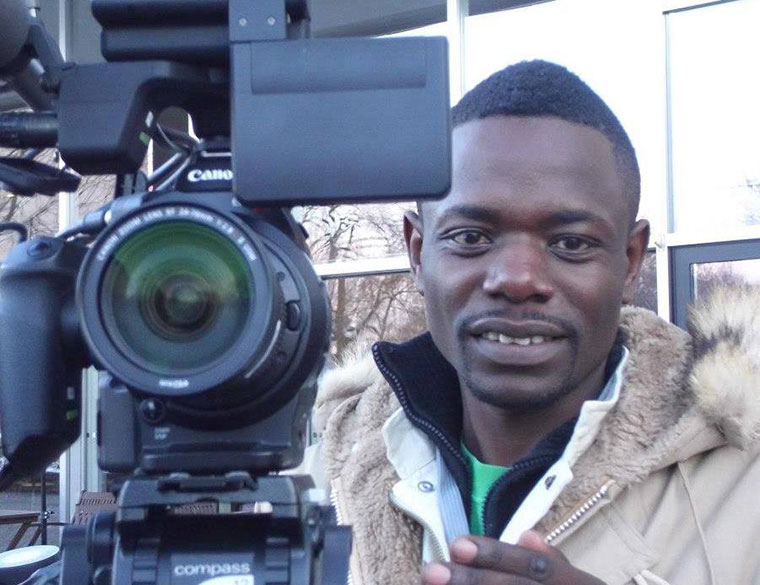 World over, there’s an increasing clampdown on the media by state forces. The recent victim is ABC, a media house in Australia, whose offices were raided by the state forces recently.

In his book, 1984, George Orwell exposes the ever-rising threats that journalists faced, which relate to the current situation. Currently, many governments the world over regard the press as merely enemies of the state.

The vaporization of journalists like Jamal Khashoggi became a clear signal that the times of liberty for the press were now diminishing. As Orwell prophesied, most governments love keeping their masses ignorant. The press tends to inform and educate such masses.

So, when you see a reporter being clobbered by the state, please worry not because the government has to keep the whole situation in charge.

With the new development in technologies, communication and access to information have improved the world over.

With the coming of new media, which includes social and digital media, we are experiencing a lot of false information being channeled through the media, which the American president Donald Trump refers to as fake news.

Not only that, but few days ago, fake news was spreading on social media announcing the death of the current president of Uganda Journalists Association, Hajji Bashil Kazibwe Mbaziira. These announcements were wrong.

In such incidences where bloggers and news websites decide to declare people dead when they are still alive, it does not only go against news values and ethics but also causes anxiety, uncalled-for diseases like pressure and misleading the readers, views and listeners.

On national security and stability, such information, if not managed now, can mislead people or affect our neighbors. We have people like Tom Voltaire Okwalinga (TVO) who publishes disastrous information against the state.

In 2015, we saw how Charles Rwomushana, on his Facebook account, announced that Christopher Aine was dead. Aine is still alive. We have had a lot of cases where fake stories are spread just to kill the image of the country, organizations individuals and put our people and security on tension.

I think this is the right time for Uganda Communications Commission (UCC) to use the existing new technologies to curb the spread of fake news.

As we draw near to the year of active politics, UCC must save the nation on fake news because it has consequences to the traditional media and the country at large.

Fake news affects traditional media as readers, listeners and viewers run away from truthful and balanced stories for rumours and unsubstantiated allegations.

On Tuesday, June 4, 2019, I watched news on one of the local TV stations. Part of the news included the state of water supply in Nakaseke general hospital.

It is said the hospital has had no water for three months! Doctors and nurses were seen seated on the verandah of the hospital, not because they are lazy but because there is no water supply in the hospital. How can a theatre operate without water?

I, therefore, call upon the area leaders, members of Parliament, LCV chairperson, and National Water and Sewerage Corporation (NWSC) to urgently intervene in the restoration of water in Nakaseke hospital. A hospital is a facility for all, regardless of which political affiliation one belongs to.

Hon Lutamaguzi Ssemakula and Hon Syda Bbumba, who are the area MPs, should put their political differences aside and work together to engage the concerned authorities to restore water in Nakaseke hospital because this hospital serves the entire district and beyond.

It sounds strange to hear that a jerrycan of water from vendors within the hospital costs Shs 10,000. I wonder how the area leaders feel when they watch and read about such a controllable disaster.

I applaud the police for the good works they have done and are still doing towards protecting the people of Uganda, with a special thanks during the recent Martyrs day celebrations.

Uganda is religiously diverse with Christianity and Islam as the dominant religions. At the core of their birth and growth are religious sites. The Namugongo martyrs’ shrines are some of the sites for religious tourism in Uganda, which attract people from different parts of the world.

Fr. Joseph Mukasa Muwonge, the promoter of the devotion to the Uganda martyrs at the Uganda Martyrs Namugongo Catholic shrine, said that the site receives approximately two million pilgrims annually.

With our security system improving to an extent of being able to protect all those people is a sign of the huge improvement in our law enforcement teams.

The launch of security cameras was to prove whether the development was worth investing in or not. These cameras were termed to have several functions embedded in them. Among these include: face and number plates recognition technologies, night vision, Global Positioning System (GPS), and an automatic cleaning system.

In his end-of-year address to the nation, President Museveni assured the citizens that criminality will be stopped soon and assured Ugandans of security of both people and property.

The police force emphasized that more officers will be deployed within the localities to boost security. A total of more than 400 cameras were installed in Nateete, Lubaga, Lugala, Kabowa, Kawaala, Lungujja and Kasubi areas with Nateete police station currently acting as the temporary national command centre.

Police stated that a total of 5,552 CCTV cameras would be installed in various places around the country with the majority to be installed in Kampala’s metropolitan districts of Wakiso, Kampala and Mukono.  Evidence consistently points to cameras reducing crimes.