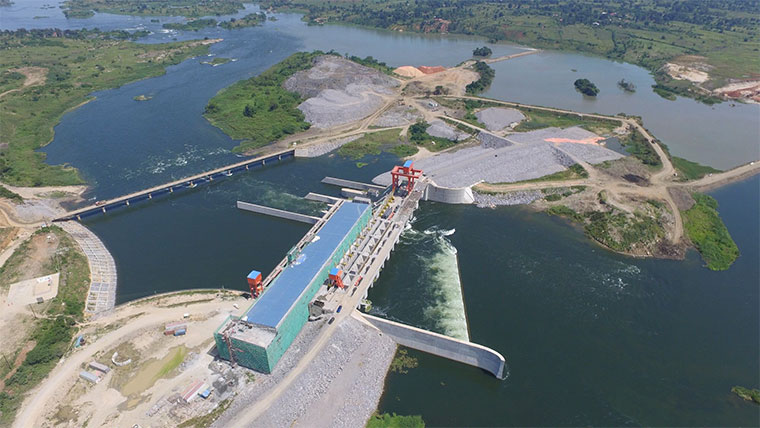 On Tuesday, January 8, 2019, after its 5pm news bulletin, Sanyu FM aired some of its listeners’ views on what their expectations of 2019 are.

Most of the sampled listeners expressed fears of a hard 2019. Worries over economic and political hardships were rife. One particular listener’s views caught my attention, however. In Luganda, he groaned that his two meals a day would be reduced to one in 2019.

Why? He must have heard the alarm raised by the auditor general (AG) and civil society organisations (CSOs) about Uganda’s rising debt. CSOs say Uganda’s borrowing is unsustainable.

The AG also expressed discomfort over the country’s debt burden, standing at Shs 41.3 trillion. Further, in the 2018/2019 financial year, over 65% of revenues collected by government are supposed to be used on debt servicing! Hence the above listener’s worries.

He said that in 2019, government was going to suck citizens dry to pay the mounting debt. As such, people such as himself would have to forego basic necessities such as food!

Interestingly, on the day the above listener’s views were aired, Hon Matia Kasaija, the Finance minister, held a press conference at the Uganda Media Centre to soothe the public. He is reported to have told journalists that Ugandans should stay calm.

He also reassured Ugandans that because money borrowed has been invested in the productive sectors of roads and energy, the debts would pay off.

HAVE ENERGY SECTOR DEBTS PAID OFF?

However, a look at available evidence and Uganda today shows that the above assertion by Kasaija is erroneous. Over the last ten years, (2009/2010-2018/2019), government has allocated over Shs 16. 871 trillion to the energy sector.

This was 16.57% of Uganda’s GDP as at June 2018. Some of the above money has been borrowed and invested in the construction of dams with the view that electrification will address poverty among other challenges in Uganda. Indeed, Kasaija affirmed that monies borrowed have been invested in dams such as Isimba and Karuma.

Noteworthy is the fact that the costs of Bujagali, Karuma and Isimba dams alone cover over 30.4% of Uganda’s $10.7 billion debt burden. Have Ugandans however benefitted from monies borrowed and invested in the electricity and roads sector?

Well, in 2015, the World Bank reported that for every dollar invested in infrastructural projects, less than a dollar is recouped. In addition, despite all the money that has been invested in the electricity sector, a dismal 22% of Uganda’s population had access to electricity as at June 2018.

This was in 2011. In 2012 when Bujagali was commissioned, urban electricity access dropped to 51.2%. By 2015, Ugandan urbanites were in yet to recover with only 51.9% having access to electricity.

Rural poverty rose to 22.5% and urban poverty to 9.4%! How then, are Uganda’s debts expected to pay off as the minister reassured Ugandans if increased borrowing is followed by increasing poverty?

Moreover, with the corruption, high costs and procurement scandals that rocked the Karuma and Isimba dam deals, power from the two dams is unlikely to be as cheap as government promises it will be.

This means that the envisaged socio-economic transformation arising from completion of the two dams is unlikely to happen!

The author is the Senior Communications Officer of Africa Institute for Energy Governance (AFIEGO).

-1 #1 kabayekka 2019-01-17 10:23
Uganda as one of the many poor countries with much debt. How much debt relief has it received since its economic problems started?

This country with high levels of poverty and debt overhang is eligible for special assistance from the International Monetary Fund (IMF) and the World Bank on the programme of HIPC. And this programme with its international funds must indeed include China and Russia.
Report to administrator
0 #2 kabayekka 2019-01-17 10:31
Dodgy leaders must not take their people for a ride on China and Russian high interest debts when with such a clear economic article as this one, the IMF and the World Bank can provide financial relief on such environmental friendly global energy projects.
Report to administrator
-1 #3 Lakwena 2019-01-17 15:22
Diana Nabiruma, the record shows that for the last 33 years, whatever the current leadership does (policies), is a too good to be true, concealed sabotage.

While the regime personalities feather their nests in form kickbacks and sidekicks accruing from signing the debt agreements, the rest of Ugandans will be feeding the proverbial "white elephant".

In other words, the current and next generations of Ugandans will loose their sleep, shirts and skirts, in order to pay the cumulative and exponential debts (creditors).

Since in 2017, Mr. M7 made it categorically clear (Disclaimer) that he is in State House fighting only for himself and family; it is a big mistake for Ugandans to allow him to be in that House.

Simply because, whatever he does, he will no longer be accountable or take responsibility even before the courts of law.
Report to administrator
-1 #4 kabayekka 2019-01-17 22:41
What seems to transpire these days in Africa, is that African leaders who have involved themselves in deep debt for their countries do not want to be criticised on their human rights credentials.

They do not seem to want to leave power giving all sorts of excuses to work hard their people so that these poor people can try to pay these debts together with their children and grandchildren.

This economic process is unsustainable especially on the side of global environment.
Report to administrator