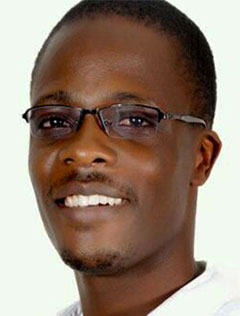 Led by a section of self-serving politicians, Ugandans are shouting themselves hoarse because parliament recently upheld a 0.5 per cent charge on all mobile money withdrawals.

To this end, many are quoting abnormal figures of losses occasioned on Ugandans since this tax (it was one per cent at first) was first introduced in July this year. Others lament about the many youths and women that have become jobless because their businesses could not survive after introducing this tax.

How ridiculous! While I strongly oppose this tax because it is merely double taxation, I cannot be part of the group that says many mobile money businesses have closed shop or people have failed to send money to their loved ones because of this tax.

Whoever is saying so is either a fulltime hypocrite or just ignorant. This experience of mobile money tax has exhibited how we can easily be swayed by the smaller picture as the bigger one slides past us. Fuel prices have risen by at least Shs 200 over the last six months and no one has gone to the streets to protest.

There was a mini crisis and sugar prices rose by over 20 per cent and they have never reduced since. We still go to the shop and comfortably buy. Now a 0.5 per cent tax is causing frenzy as we ignore the inexplicable indirect charges on mobile money transactions.

When it comes to mobile money business, the real cheating monsters in the house are the telecom companies. They are so big, they are untouchable and they charge Ugandans unabated. Their call, internet and mobile money charges are just unbelievable.

When government failed to tame them, it decided that the only way to tap into this lucrative mobile money business is by targeting the ordinary Ugandans, causing the ongoing hullaballoo. But let’s put this entire fracas into perspective.

I have a friend who sends at least Shs 10,000 daily to his ageing mother who stays with his six-year-old son. To send this money, he is charged Shs 1,000 by the mobile money agent and his mother is charged another Shs 1,000 to withdraw the same amount.

So, he is compelled to send an extra Shs 1,000 if she is to receive the entire Shs 10,000. This means that the telecom company literally charges my friend 20% for every Shs 10,000 transaction he makes. (The new government tax means he is charged another Shs 50).

Imagine the daily pain this young man goes through trying to raise an extra Shs 2,050 to send this money! Look at it this way, if he makes this identical transaction for 100 consecutive days, it means he loses Shs 200,000 in transaction charges to send Shs 1m.

That is how much telecom companies can comfortably squeeze the poor Ugandan! And most Ugandans fall in my friend’s category – they make daily micro-transactions. There is an argument by these companies that the higher the amount transacted, the lower the charges, but as recent statistics by Bank of Uganda have shown, most people send or receive an average of Shs 50,000 in mobile money.

This begs the question: Why should someone withdrawing Shs 10,000 be charged Shs 1,000? Why does a mobile money agent charge me Shs 1,000 for depositing money on someone else’s account?

They used to call it a security fee because the money could accidentally be sent to a different person. But these days the names of recipients are displayed before you tap the ‘send’ button.

We all appreciate the convenience that is mobile banking but let us get the service at a reasonable fee, especially for smaller transactions! Chopping Shs 1,000 off someone in the village is a big deal.

This amount of money could have bought them half a kilo of beans, which is enough for a day’s meal. What is more painful is the fact that these companies either enjoy tax holidays or know how to hide their revenues and ship out proceeds to home countries of their founders or to offshore accounts where our indigenous graft-masters keep their money.

We must appreciate that our government scores lowest on efficiency of systems and usually its lazy remedy is to tax people directly. As our ‘well-intentioned’ politicians gang up on government to remove the 0.5 per cent tax on mobile money transaction, they ought not to spare telecom companies. It is high time government regulated their charges – laissez-faire economy notwithstanding.

The author is a concerned Ugandan.

Imagine, rich societies get free Wi-Fi. In poor countries, the people are being charged for being alive.