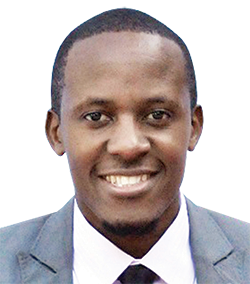 Recently the church has come under scrutiny with many questioning its involvement in politics.

Actually some are not questioning its involvement perse but, rather, the extent thereof, limiting its jurisdiction to speaking up against corruption and government high-handedness during riots with any comment beyond this line considered unwelcome.

But herein is the misconception, a scheme of the evil one that has over the years found its place on some pulpits; that the church’s preoccupation should only be about the hereafter, when, depending on one’s choice in this life, they shall either be in heavenly bliss or hellish agony gnashing their teeth. This is true, but it’s not all.

From the very onset, everything else in society was designed to be peripheral to the church. Not the other way round where the church is a footnote in the larger scheme of things, and once in a while offered a ceremonial front seat at national events.

The church is supposed to be the nucleus of society. While some mentally consent to this, fewer are willing to see it come to pass. The moment the church announces itself on a touchy subject, people use all manner of contemptuous analogies to remind the ministers of God never to dare cross the imaginary boundary.

As a result, some gospel ministers have steered clear of charged topics. The few that have dared to offer guidance, unless when siding with the opposition, they suffered the full wrath of the social media mob-justice.

But the church is gradually regaining its seat on top of the all the mountains of society. Its voice is being heard. At first it will be ignored but in due time many will heed. This is not entirely new. It was foretold and any Bible reader will know that the future of the world is meticulously encoded in its past.

We are returning to the times when the Lord will choose Himself leaders after His heart and anoint them, like the case with the Biblical King David who was anointed by Prophet Samuel. Where the role of the people was to find out God’s choice and back him.

We are returning to the days when the kings of the earth sought the Lord’s counsel on government matters. The fore-test of this is recorded in 2 Kings 3, where three kings of Israel, Judah and Edom combined to fight the king of Moab, but midway the journey, the king of Judah, Jehoshaphat, wondered; “Is there not here a prophet of the LORD, that we may enquire of the LORD by him?”

In the wake of the US general elections that pitted unheralded political novice Donald Trump against the aristocrat Hillary Clinton, many political experts foresaw a historical landslide victory for the latter. The rest of the world that feeds from the palms of these experts believed as much.

Yet in spite of all the glorious things spoken of Hillary juxtaposed against the deplorable Trump as he was painted on the media canvas, Prophet Elvis Mbonye twice proclaimed that Trump was God’s choice. What followed is yet to be stacked away in the annals of history.

On getting to know this, ideally any God-fearing Hillary supporter was supposed to dish their feelings and root for God’s choice. And this is going to be our only mandate in these times; finding out the Lord’s say and setting our affections accordingly.

During the highly tense Togikwatako – Gikwateko political period earlier this year, again Prophet Elvis Mbonye revealed that God was for neither side. And in this latest power strife between “People Power” and the ruling party, the prophet has twice revealed that again God is not for either side. It’s not a given that whenever there are two warring sides, God supports one of them.

This then, behooves us to watch and pray as we wait on God’s direction instead of getting emotionally worked up for causes the Lord is not part of.

So, any person that calls for the church to get out of politics is unwise and they are inadvertently surrendering that space to the devil. For wherever God is chased from, the devil occupies.

And if it’s for “careless” statements that the church is being pushed off the political mountain, then the same scrutiny should be extended to politicians as well, then perhaps we will all agree that this rotten space needs the saltiness of the church to preserve it.

And they are either directly or indirectly affected by politics because they also live in Uganda. The idea that they should not talk or even participate in politics is just nonsense.
Report to administrator
+1 #2 Kirya 2018-10-11 20:49
M7 sought church leaders cash while fighting in the bush.

Without church leaders like Bishop Kyangire, J. Loum..., Amin would have divided Ugandans as Museveni & ruled till he died!

Ugandans do not have the right to let Museveni go on & destroy the next generation too!

With such huge number of believers in God, why should demon Museveni be allowed to rule & destroy Uganda as he wants?
Report to administrator
0 #5 Akot 2018-10-14 18:09
Kirya, yes,

Museveni used troubled Ugandans to come to power, still uses them while making it clear the country is his & he alone can rule!

Is it not time Ugandans put their differences aside, get back their country as ONE PEOPLE, then go for the kind of governance they wan?

Musevnei won't go with the country & its tax money,nor will he take any tribal land & riches with him, right?

Ugandans will be in more troubled waters when Museveni will be no more as the triablistic system will still stand, especially as Ugandans have no National leadership, while tribal leaders have no capacity to govern tribal lands & serve subjects socioeconomically!

Say, if by God's grace, Museveni drops dead NOW, what will tribalistically divided & ruled Ugandans do, who will be the next chef tribal leader & will he be accepted, or will it be another migrant?
Report to administrator
0 #6 Akot 2018-10-14 18:20
Quoting miki:

Religions, their institutions, their leaders and followers are the people themselves.

And they are either directly or indirectly affected by politics because they also live in Uganda. The idea that they should not talk or even participate in politics is just nonsense.

Museveni has shut up even those from his own NRM, brought government institutions under his direct control & now it's the turn of churces!

But, with the population +80% christian, having no say by churches means Ugandans are slaves in their own country!