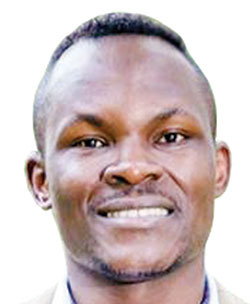 There’s no prophet in the history of the world that has had as many prophecies broadcast publicly, months and years in advance and they all accurately come to pass as Prophet Elvis Mbonye.

Consider the Oscars prophecies, whose particular intent was to display the power of Jesus over Hollywood. Twice he has invited himself to the Oscars, attended them and accurately announced their results weeks before the nominations were announced.

If Hollywood could not disprove him even when they had all the time to, could it be that he just foretold the future or he actually did something to Hollywood? I leave that for you to ponder.

Do you know of any man on earth who has ever done such a thing to Hollywood? If no, don’t you think we need to investigate what God is trying to tell us about this man?

There is a biblical revelation that the Lord would have his church awake to concerning His emissaries. It is the ability to know them beyond their gifts and offices. This is what we see in our opening scripture.

Have you ever wondered why no minister can ever effectively preach to and teach the Gentile church without referring to the letters of Apostle Paul? Paul gave an answer to this question. When you read 1 Corinthians 9:17 “For if I do this thing willingly, I have a reward: but if against my will, a dispensation of the gospel is committed unto me.”

Paul highlights the truth that he was the vessel that contained the dispensation of the gospel for the Gentile church. In Colossians 1:25, he reveals that God did it to be able to fulfill his plan concerning the salvation of the Gentiles.

This precedent reveals that there are men in whom God will put the dispensation of grace for an entire generation so that whoever lives in that generation would have to honour them to be able to manifest and partake of what God has for that generation.

Something else about such men is that God will work in them unmatched and unparalleled feats. He does this so that he can aid the believing of men. Now you will understand why Jesus in John 14:11, told his disciples to use his works to believe who He was.

In other words, these unparalleled feats are God’s avenue for men to awake to and believe what He is doing in their generation through that particular man.

In our generation Prophet Mbonye is the man that carries the dispensation of God’s Grace for the last move of the church.

This means that anyone from any field of life that wants to manifest the designated grace of God for this very last age must honour and submit themselves to him. This bold assertion is provable by any genuine seeker and if any man be otherwise minded; even God will tell them the same thing.

What then will you do to get your portion in this man on September 1 at the ceremony that has been organized to honour him? Honour is not just about bowing and or kissing shoes.

But like Mary of the spikenard ointment in Mark 14:3, it is about recognizing that you have encountered all that you have been looking for in a man and then you do as occasion demands.

You go and get your very best and deliver it reverently at the feet of this man and you in turn connect with that invisible grace. God cannot be mocked; you will reap what you sow that day. As for me and my house, we have prepared to bring all our living. Because what this man has for us is far greater than anything we have tasted thus far.

The author is a gospel minister

Because some is new, I doesn't make it wrong.

Jesus one day was called a blasphemer. Keep calm, be willing to learn and watch out for proofs.
Report to administrator
+1 #12 Joshua Ijukya 2018-08-30 21:30
I honor prophet Elvis Mbonye of the most high, My father my Abba, double honor.
Report to administrator
+6 #13 Allan Masiko 2018-08-31 18:03
The lack of common sense or the refusal to use is it is why Uganda is and will continue to be one of the poorest countries on earth!

Scientists every single day predict what the weather tomorrow is gong to be, they predict cyclones and drought?

Uganda is a country with largely illiterate minds and I believe people with low IQ's and that is why silliness like this continues to prevail!

If he is too intent of telling us what is going to happen, how about he goes back in time too and tells us who killed John F Kennedy, or tell us where the Malaysian plane that the World is still looking for, disappeared to?!

Or even help the Police solve all the unresolved murders in Uganda!

If he has the power to tell the future, he surely, equally should have the power not to need offertory, but rely on his powers, shouldn't he?

With this kind of childish thinking, Uganda and Africa at large has a loooooong way to go!
Report to administrator
-1 #14 Akao 2018-09-01 01:35
Common the observer, this kind of article is a new vision kind of material.

Allan Masiko, I completely agree with, the problem with Africa in general is that few people like to think for themselves and easily believe anything without analyzing and searching deeper for answers.

Questions for the writer, do you also honor other people who predicts things like real doctors who some times are able to tell how long a person say with cancer has left to live?
Report to administrator
-4 #15 Blessed Okpoei 2018-09-02 03:10
YES! I accord double honor to Heaven's elect, the Prophet to the nations, Prophet Elvis Mbonye.
Report to administrator
+3 #16 Stewart 2018-09-03 10:22
Nope, prophecy in this error is not my cup of tea, the problem with Ugandans is that they are lazy and believes in luck instead of working hard, it took God six days to make this world, that's no easy task and who are you think you can sleep and Mboney tells you of your fortune due.

And again, why do you want to know about tomorrow? Jesus made it clear that, "if birds I have not made in my image don't sleep hungry how about you who bears my image", why worry about tomorrow?

it another Prophet of Baal in the making and God will strike you soon. you can take that statement to the bank. Thanks
Report to administrator
12