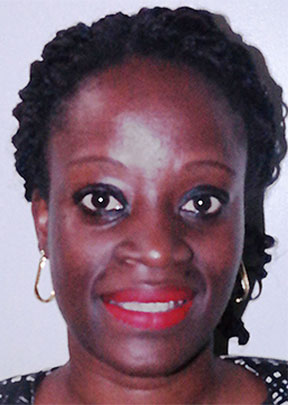 The recent assassination of Ibrahim Abiriga, the member of parliament for Arua municipality, was such a heinous crime that resonated in both local and international media.

Diagnosing this problem, however, will require us to take a critical examination of history. In spite of rigorous institutional structures, cooperation mechanisms, conscientious legal instruments and governance frameworks, there have been atrocious acts that have transpired on Ugandan soil in the recent past.

Allow me to refresh your memories…

It all started with a massive wave of child sacrifices that suddenly swept the entire nation from 2007 to 2008, that provoked such a public outcry that every law-abiding citizen was on high alert.

Then came the two terrorist bomb attacks on July 11, 2010, which claimed 74 lives and injured 71 others at the Kyadondo Rugby grounds in Lugogo and the Ethiopian Village restaurant located at Kabalagala. This was the first time ever that Uganda had experienced a terrorist bomb attack of that magnitude.

Round about the same time, from April 2012 to June 2015, a period spanning 39 months, a series of shootings encompassing Kampala, Wakiso, Mayuge and Mbale districts claimed the lives of about ten Muslim clerics.

This inculcated such fear within the Muslim community that questions as to who was next and why these Muslim clerics had been categorically executed, featured in local, regional and international media.

Subsequently, from May 27 to September 20, 2017 last year, a series of abductions coupled with the assassinations of 23 women in the districts of Kampala and Wakiso, literally brought the entire nation to a standstill.

The recurrence of assassinations early this year from February to April this time attached to ransom demands, has added to the number of horrendous acts that have appalled Ugandans.

So what is the purpose of this history review?

This history review is essentially geared towards determining the cause of the late Honorable Ibrahim Abiriga’s death and other unsolved murders that have occurred in the recent past by meticulously dissecting past records.

And like the famous historian David McCullough said… “A nation that forgets its past can function no better than an individual with amnesia”.

If one were to construct an equation and decipher the code, it is clear that there is a common denominator; one figure stands out in all these occurrences, Prophet Elvis Mbonye.

This is where one must look critically at the evidence at hand to come to this conclusion. How is it possible that prior to the massive wave of child sacrifices from 2007 to 2008, the 2010 terrorist bomb attacks and the recent ransom-driven assassinations, that this very man had given accurate and precise forewarnings of these events?

The UPDF chopper crashes, for instance, were prophesied by Prophet Elvis Mbonye on the August 7, 2012, four whole days before the event. As you are debating this, the 2010 terrorist bomb attacks were equally prophesied by this man a whole three years; in other words, a whole 36 months in 2007 before they happened!

These are all wild-goose chases and yet resident in this nation is a prophet who is literally the key to solving all these atrocities. In this dispensation, failure to consult the prophet on all matters pertaining to this great nation is evidently commensurate to being an amnesiac.

The author is a lawyer

In other words, if a PhD holder and a lawyer at that, promotes what is false as true and what is true as false (sic) Prophet Mbonye; then Ugandans are doomed to superstition.

Otherwise Counsel Katusiime the solution to Uganda's bloodletting is as simple as, Mr. M7 leaving our State House.

In other words, Mr. M7 is the one who came to State House bloodletting and smelling dead bodies of the people of Luweero and other Ugandans.

It is as underworld, dark, and ugly as that.
Report to administrator
0 #14 Aggrey Nshekanabo 2018-07-17 21:20
Really? Ani azaala ono? There is a thin line between prophesy/profit and astrology.

And what does the Bible say about profiting from Prophesy? Bana Musome Baibuli zaimwe!
Report to administrator
12