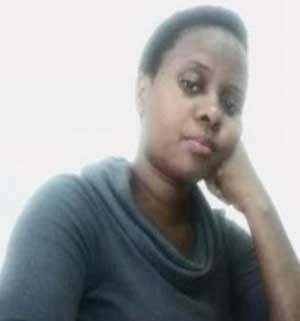 I am one of the African women deeply disappointed by the utterances made by Tanzania president John Pombe Magufuli that teenage mothers impregnated while still in school should not be allowed back to their studies.

Magufuli reasons that these girls may affect their colleagues if allowed to associate with them again.In a short time, Magufuli has gained popularity in East Africa and Africa in general as a result of the many positive things he has done and implemented, including the policy on free education.

When the famous president now comes up and thinks otherwise, it is a shock, a serious human rights violation and a setback to what many governments and organizations promoting girl child education and women empowerment have worked for in a long time.

One of the things that have caused early pregnancies among girl children is poverty. Many teenage girls coming from poor backgrounds get easily lured by men who come in their lives promising heaven and earth. As much as the president may be looking out for the interests of the rest of the girls not yet affected, I think stopping teenage girls from achieving their dreams after going through the unwanted pregnancy is double punishment.

Just last year, my neighbour’s daughter (in Ntungamo) who had been under the care of her paternal aunt in Ibanda district went through the same experience at 14 years old. She was ready to sit for her primary seven exams.

However, her dreams were cut short when a 35-year-old man got her pregnant. She could not go back to her aunt’s home or come back to her parents’ home for fear of the repercussions, including torture and discrimination. She, therefore, decided to stay with the man.

I remember cutting my Christmas break short after deciding that her uncle and I travel to Ibanda, investigate and report the matter to police!

While in Ibanda, this is what we discovered: That the aunt with whom the girl had been staying had not reported the matter to police for fear for her life and family as the man is said to be dangerous.

The community was aware of what the man had been doing to people’s children but was silent. From the local police station in Ibanda, we proceeded to another local police station on Entebbe road where the culprit works, according to the local sources. We reported the matter but, up to now, the case has not been taken to court.

In order to fight poverty in our continent, education remains paramount – more so the education of the girl child. Let us imagine the future of my neighbour’s daughter is at stake!

Pregnant at 14 years, she is now staying with the 35-year-old illiterate man, whose health status is not known and cannot even guarantee that he will stay and take care of her and the baby before he moves on another young girl. Does this young girl even know the values of marriage?

Does she understand what it means to be a mother? All she will be is a helpless woman with broken dreams and aspirations. Her parents cannot help much either, because they are also illiterate and only work for daily bread.

This girl was the hope of the family; probably after completing her education, she would have contributed to her siblings’ school fees. Unfortunately this is going to be the vicious cycle of poverty Uganda and Africa are facing.

We need to come up with lasting solutions that will not affect young girls’ education. Mr Magufuli and his government plus many other governments need to devise policies and strategies to address poverty and other social challenges which affect girl-child education in Africa.

It starts with family: parents ought to engage in serious talks with their children on matters of sex and its consequences. Make children your friends so that in times of confusion, they can feel free to share with you but also count on you for protection.

The law should provide severe punishments for defilers. Any person who collaborates with the culprits should face heavy punishment once found guilty.

Local leaders need to be pragmatic in ensuring the safety and wellbeing of the people in their communities, but should also share responsibility for any crimes committed against young girls. Civil society organisations working on girl empowerment issues should put in more effort in raising awareness.

In conclusion, teenage girls’ rights need to be protected and, therefore, we need combined efforts from all leaders. Alienating them is not a solution at all!

The author works with Advocates Coalition for Development and Environment (Acode).