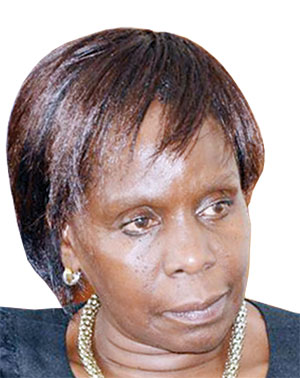 “Psychopaths are social predators, and like all predators, they look for feeding grounds. Wherever you get power, prestige and money, you will find them,” Robert D. Hare said.

The sudden and untimely death of St Lawrence Schools proprietor Lawrence Mukiibi came as a shock, especially for those who had come to believe that he was a transformative force, a beacon of light in an otherwise gloomy education landscape important to the broader transformation of Uganda’s education.

After the dignified – almost stately funeral and accolades usually only reserved for political dignitaries - little did the public know that no sooner than he – Mukiibi – had been laid to rest there would be a different kind of outpouring, an avalanche, actually a tsunami of disgust and disbelief!

Unmasked as a rampant pedophile and child abuser, his demise signals the beginning of real questions about the accountability structures of our education system especially in the pursuit of quality at all costs.

More so in our so-called ‘elite’, ‘first-world’ schools where parents pay through their noses to get the grades and supposedly the grooming of their young into confident young adults and responsible citizens.

Simply put, it was done for the gratification of one person who used parents’ trust and the authority entrusted in him as well as the ‘safe’ school environment to conduct his rampage on the young and innocent unabated - for years judging by the children and young ‘widows’ left behind.

To my mind, this raises so many questions that it is hard to know where to start. But for starters; who knew and why did they not raise the alarm?
Were parents aware of the sleazy character running these schools and purporting to look after and keep their boys and girls safe? Were the authorities aware, and at what level?

Were any complaints ever raised and by whom? Did they form part of any report submitted to the ministry of Education and Sports, the district education officer (DEO), the district inspector of schools (DIS) or even the Private Schools’ Network?

How can it be that the unsavoury actions of one man in a position of authority, trusted by parents resulting in the ‘production’ of 50+ children could have gone unnoticed, unreported, and unabated for so long? What does this say about our system of education and structures of accountability – vertically and horizontally?

What does this say about the pervasive culture of impunity? We can’t even begin to speculate about the trickledown effect of this level of moral bankruptcy, sleaziness and predatory destructiveness on the St Lawrence schools, its school culture, head teachers, teachers and students and support staff.

As the ministry with the over- all responsibility for education – planning, oversight and budgeting - can you hear and feel the shock, the horror and disgust of your principal clients – parents – and society at large on this issue?

Can you please do something that shows that you too are as shocked and in need of answers like the rest of us out here? Will the ministry and other responsible bodies undertake an audit of what happened at the St Lawrence schools, the human costs and consequences?

What does this say about the lack of oversight, and accountability in our schooling system and what needs to happen to plug the gaps?

We rage about girls’ lack of school supplies, sanitary pads, books, school meals and how these and other factors undermine the quality of our education.

We are up in arms and practically speechless with anger when we discuss the culture of sex for marks in universities and the uneven power relations created therein that leave young adults 19+ years old powerless at the hands of predacious lecturers.

But how can we sit still on this one when the children we are talking about are possibly below 18 years, away from home for the first time and vulnerable?

Can we really talk of a quality education at any level when predators in the form of school directors, head teachers and teachers are preying on the innocent and robbing them of their future?

Can these be entrusted to put quality before self-gratification, money and greed especially when their behaviour undermines the very essence of quality schooling at every level?

It seems to me that with these recent revelations, we might very well have to revisit that old-age question of why girls are not in school and whether it is not just the lack of sanitary pads that is keeping hundreds of girls from school.

Let’s take this monster – child abuse in schools, particularly of vulnerable and innocent girls – out of the closet rather than shroud it in secrecy that allows the likes of Mukiibi to father children from his ‘farm of girls’ in plain sight!

Let those responsible including the school board of directors, the MoES, parents and CSOs look at this for what it is...a tragedy and part of a more wide- spread and growing problem related to our pervasive culture of impunity that is tempered by power, money and greed.

It has to be addressed; dealt with now, today and not in the next financial year. The trust of the innocent is the liar’s most useful tool.

The author is head of political science department at Makerere University.

He was sold to us as as "saviour and saint".The horrors of his true character are unbelievable! This means a lot of people may be in denial right now.

They are understandably in a shock. Soon they will be angry, then they will accept in the end.

Acceptance is a good point at which Justice can be properly sought for his alleged victims.

Presumably the main lesson to learn from this saga is for man to not to lose your soul to the temporary pleasures & material things of this World.It can rip you apart even in death.
Report to administrator
+2 #12 Emily Tusabe 2017-06-15 12:08
United we can change any form of abuse towards vulnerable girls.

I wish Dr. Nansonzi could share with me her Email address. I would share with her my personal encounter under that man.
Report to administrator
+1 #13 Kent Mawa 2017-06-15 12:27
Dear brother Didaz ,
lets not get carried away by emotions. The truth is that Prof. Mukiibi was known as an educationist.

By any standards , he was extremely good at it. I is also true that he helped very many poor students to get free quality education

It can be discussed if he was sold to the world as a "saint".

What is behond dispute now is that behind that innocent, calm and professional demeanor of his was a vicious womanizer.

It wouldn`t be an overstatement to say that he hid this vice away from those who trusted and respected him.

That , I think,is where the shock comes from.

That being said , it is irresponsible to automatically equate womanizing with psychopathy.
Report to administrator
0 #14 Devils advocate 2017-06-15 14:57
Mukiibi maybe a predator, a pedophile & all other adjectives one can think of, but all his sexcapades caught up with him, his heart gave out in exhaustion of all the relentless activities which bore him all them kids.

Now let family infighting commence.
Report to administrator
0 #15 Conspiracy theory 2017-06-15 15:14
Let's assume the professor died of a sexual illness of the incurable kind, can you imagine how many people are contaminated based on the number of children left?

Its almost a generation, now multiply the number of sick people messing with other people outside the mukiibi circle.....see my point ..its a cycle of sick generations. I can see husbands married to former st Lawrence students looking at them in a different light. Sad, sad,sad.
Report to administrator
+1 #16 Wooden K. 2017-06-15 15:48
Agandi Emily Tushabe !
why are you asking Docta Nansonzi Muwanga`s Email adress ?

Can`t you see that the Docta has named the bodies that are supposed to look intothis tragedy and seprate the truth from innuendos and bakoowu gossip ?

If you are shy , go to the Human Rights activists that are everywhere in Kampala . If that is not enough , talk to Fr. Lokodo. He could use your information.

Really , there is no way Dr. Muwanga can know if what you tell her via Email is correct unless it is varified by an independent party.

Dr. Muwanga is from Makerere , Although she does not mention it here, shemust know that some of the young sexy students , target rich older men. I am meaning that some of these girls are not as innocent victims as it has been potrayed here and elsewhere.

But no no no , not every man who impregnents lots of women or young girls is a crook.

And , no no no , not every mother of Mukiibi kids is a victim.

Mama says that everyone needs to heal .Including Dr.Nansonzi K. Muwanga . And you Edith Tusabe.
Report to administrator
0 #18 Akot 2017-06-15 17:42
I would rather go along with Wooden K who said he envies Prof Mukiibi!

This makes us less hypocrites, living in a country where girls go for men to have means of living because we have failed to put in place a government of/by the people!

We know Uganda men always give money for food for their children, as long as they have money!

This is why young girls go for these men when they are ovulationg!

I am sure if men know girls are ovulating, they would never have sex with them - men go for sex, not babies!

If only we had guts to go at museveni the way we are going at dead Prof Mukiibi, the dictator would surely be out in no time!

We are treating Mukiibi worse than we treat museveni who is rotting our lives-stolen our country-made us slaves without a say against him!

But we are so big mouthed agains dead Prof Mukiibi while spitting on his innocent children who must grow up among us!
Report to administrator
0 #19 Akot 2017-06-15 17:52
...How can we go in full weitht at one another & without decency against our dead?

We are worse than museveni now!

May God forgive Mukiibi & protect his children who are being spat on by so called cultured-educated who have become self styled gods like museveni!

The mothers of Prof Mukiibi's kids MUST stand up for their children & not let any uncultred-illeducated Ugandan pretend he/she is upright, when they are afraid of museveni who is the reason Ugandans are so poor today & girls go for survival instead of finishing studies first!

Don't we see, museveni has even made education meaningless to girls: they would rather go to have sex with men with money during ovulation!

Emotions aside you have just described a wolf in sheep's skin. A wolf If trusted to look after your sheep will eat one by one until they all finished.

Mukiibi presumably brainwashed his victims and they couldn't think beyond the St Lawrence box.

Like any abuser he may have controlled them with "heaven on earth" but actually he was leading them to the gates of hell.

Sadly some former students may even take pride in having been mentored by him.

Contrary I think that those who are now freed from his miss-education and abuse soon will feel confident enough to share their stories.

That will be the beginning of their healing process. Untouchable as he seemed he is now in God's hands.
Report to administrator
12