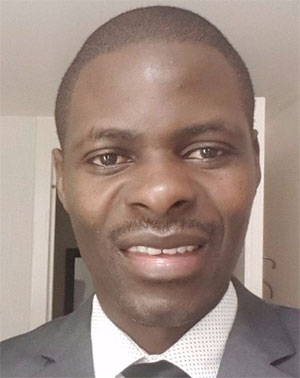 “Men are so necessarily mad, that not to be mad would amount to another form of madness.”

This is the opening line of the preface to Michel Foucault’s classic study, Madness and Civilization: A History of Insanity in the Age of Reason. Foucault, a French intellectual historian, was easily the most important revolutionary thinker of the last century.

In this seminar study of the ‘birth’ of madness in the modern era, Foucault skillfully unearthed the ways in which madness and unreason were historically produced at the dawn of the modern era in Europe.

The labeling of some individuals in society as mad can be traced to a very recent period in human history. Somewhere between the thirteenth and sixteenth centuries, leprosy mysteriously started disappearing from England and France, and Europe generally. Ergo, the segregation and stigma bestowed on leprosy, was quickly transferred to madness and insanity. The age-old fate of lepers found a new category: madness.

The modern era is supposedly an age of reason and progress, and madness is constructed as the antidote of this distinct attribute of the human being. But in a series of path-breaking studies, Foucault was able to demonstrate that the age of reason is in fact an era underpinned by a set of institutions that produce a specific type of human being.

This human being is programmed to behave in a certain way such that to behave otherwise is construed as abnormal, as mad. Among the key institutions of the modern age that construct our thinking and program our minds include schools, prisons, hospitals, and mental clinics.

Foucault made a very powerful observation in that respect, noting that there is a deep affinity between the exercise of power and the production of knowledge. It is not that knowledge is power, as we are made to believe, according to a widely repeated refrain; rather, it is that power is knowledge.

Whoever has power frames what passes as true, produces the ideas we imbibe, and disseminates the knowledge we consume. The exercise of power also determines what becomes socially acceptable behavior and normal conduct.

These excurses through Michel Foucault can help us make sense of the controversy regarding Makerere University scholar, Stella Nyanzi. One would have well predicted that her intrepid stance against the authoritarian regime of General Museveni would quickly earn her the label of a mad woman.

It is also the case that in a country of gross pretense and moral paternalism, Nyanzi had to be seen as crazy on account of her creative deployment of vulgar language.

Many of us, Ugandans, are utterly unaware of the genre of subversive scholarship, used widely, that employs vulgar imagery and obscene narratives to challenge oppressive politics and strip the garb of the powerful. So, we have been quick to rail against what we consider abnormal and unconventional.

The easiest and arguably most effective way of countering a fierce critic is to issue the canard of madness. It has the power of deflating the critic and discrediting the criticisms.

Being labeled mad delivers social stigma to the person and trivializes the ideas raised. But it is a cowardly use of state power, to cow and silence, to denigrate the individual and diffuse the possible wider influence on society.

The mounting social problems and economic distress in this country have built up a powder keg of a nation that can easily erupt. If left to her devices, the ever-paranoid NRM regime believes a ‘mad woman’ could well push the wheels of eruption. So, she has to be labeled mad, incarcerated, and humiliated. Worse is likely to happen to her. We don’t know.

But at its core, Stella Nyanzi’s project is a struggle against injustice and misrule. She, in the past, mustered the uncanny courage of challenging the director of the Makerere Institute of Social Research, Mahmood Mamdani.

Mamdani is blindly revered by many Ugandans, including senior editors of Uganda’s leading newspapers. But the man’s excesses and inadequacies were stripped bare by Nyanzi, drawing on unconventional tactics and the weapons of the weak.

In the wake of Nyanzi’s April 2016 nude protest against Mamdani’s unjust treatment and irregular use of his power as director, the university appointments board exposed itself as both supine and incompetent, failing to judiciously inquire into the evidently genuine grievances against Mamdani and, instead, granting a clean bill based on a ludicrous inquiry.

And most recently, the chairperson of the appointments board issued an outrageous letter purporting to suspend Nyanzi. Nyanzi’s has ultimately run afoul of the Ugandan state under Museveni for precisely the same reasons as her troubles at Makerere.

One can draw some parallels between Museveni and Mamdani, two individuals who love power and like to bully, who are averse to criticism and love to be revered, who thrive under personalism and informality at the expense of institutionalized management of public matters. That one got Nyanzi suspended from her job and the other got her to prison is no mere coincidence.

The author teaches at the department of Political Science, Northwestern University, Evanston/Chicago, USA.

I must say that people who suffer from mental health problems deserve empathy and kindness.

Such people are mostly vulnerable even if they may be able to function at levels seen as optimal or appropriate in Society.
Report to administrator
-1 #3 Akot 2017-04-15 19:54
Today world is guided by those who dare defy society & God: they have guts & make their stand with power hungry politicians who want votes, no matter where they come from!

The more politicians bend down to immoralities-dangerous way of individual sytle of living, the more many come up with different more dangerous behaviours!

Have developed world not accepted dictatorship yonder as accomplished fact by taking in migrants fleeying this inhumanity? This leaves dictators in peace with no people fighting for their rights at home, right?

In the past we could keep girls safe by making them responsible for their safety! Today, in the name of equality, so many girls have been forced to have sexual relations with boys they call "just friends"!

Acceptance of homoxesuality exposed boys to abuse not imagined before, yet we insist this is normal behaviour!...
Report to administrator
0 #4 Akot 2017-04-15 20:02
...Dictators-useless rulers have become the most powerful demons ruling forever while making wars, oppression, enslavement, deprivation of the poor... normal!

Developed world that forces everyone to embrace their democracy with no limit of indecencies, are faced with ever increasing defiance: after legalizing homosexuality, they now adopt kids-inject women with sperm-women pay other women to bear babies for them...!

Now these developed world are slowly legalizing use of drugs because they have failed to control it!

They are not aware legalizing won't reduce danger/damages caused to humans: they believe this will be right as long as it's their law!

We are going to end up by dictators-bad rulers-the dearing mentally sick... completely controlling the earth!

It's these mad people in control-want to take control of affaires in many developing countries!

How can Ugandans accept mad Museveni for ever when he only provides for his family while using us against one another?

By staying tribally divided-having + 1 opposition leader, we are the ones keeping the mad dictator in power!

Each time any Ugandans appear dangerous to Museveni, he locks them up in prison & all forget about them in a few weeks: Dr Besigye-Rwenzururu tribal leader...!

Ugandans are not aware only UNITY will throw Museveni out, more so now no tribal leader will think of independent tribal land - he will end up like the Rwenzururu on!
Report to administrator
-1 #6 Akot 2017-04-15 20:29
The politics of madness can only be brought to an end by Unity of the people, if they don't want it of course!

But Ugandans have shown the world they still need Museveni & when they won't need him any more, they will Unite, just as the rest of the world does, to throw mad rulers out!

Until Ugandans decide otherwise, Musevnei will go on!
Report to administrator
0 #7 mubiru ali 2017-04-16 21:20
For so many years I have been reading Khisa articles. What a man.!!!Education is precious.
Report to administrator
-1 #8 Yekoniya 2017-04-17 20:34
Mr. Khisa, on this one I have to disagree with you. Why have you not used vulgar language like Nyanzi and how come we have understood you?

Moses you must know that mad people exist and need help, not withstanding the fact that dictators call opponents mad.

What kind of sane woman stands "mulujudde" and compares the size of her V with the size of another woman's V?

By the way Khisa, do you address your children using Nyanzis language? If not Why? Of course you know why, unlike Nyanzi, you do not need psychological help>
Report to administrator