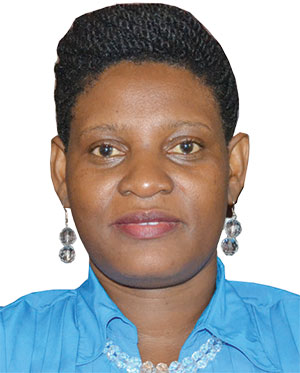 Access to justice is decribed as a fundamental right, as well as a key means to defend other rights. For justice to be real, it has to be available, affordable and accessible to all.

Therefore, availability and accessibility of institutions (whether formal or informal) both in terms of facilities and human resource is crucial to empower the people to realize and protect their human rights as enshrined in the Constitution of Uganda and other international covenants such as the Universal Declaration of Human Rights (1948), the Convention on Civil and Political Rights (1966) to which Uganda is signatory.

In observance of its international obligations, the 1995 Constitution guarantees access to justice under various articles. As undertaken, it is no doubt the state is making strides in setting up structures and facilities to fulfill its obligations under the Constitution and covenants.

This move is welcome especially for previously disadvantaged areas that we, as an organization working to support the vulnerable and marginalized, have for so long advocated – that courts should be established in order to bring services to the most vulnerable and poor persons.

Such areas include Pader and Agago districts that were ravaged during the Lord’s Resistance Army insurgency and are really in need of a chief magisterial
court.

The community in Pader has for long been in dire state and one had to travel to Kitgum to access the chief magistrate’s court, which is a distance of over 60km, while those from Agago have had to travel about 100km.

The distance to court is not only long but also challenging in terms of road infrastructure, meaning when it rained, such roads were impassable. For long, the people, especially the most poor and vulnerable, have trekked distances in search of justice, and with the continuing challenges of case backlog, many of their cases would remain unresolved for years in the system.

This would leave many impoverished and others would be forced to abandon the course of justice as it became a luxury on their side. We are thus cognizant that the new magisterial areas are a great relief to the judiciary as well as a step in the right direction in bringing justice closer to the people. This will go a long way in enhancing justice to the vulnerable and protecting the rights of the community.

This is one way of restoring judicial trust and confidence which was dwindling with communities preferring local structures of administration like the local council courts, and yet there are matters whose jurisdiction is above such courts and will in no way get resolved unless brought to the formal justice system.

With the first step out of the way, the ministry of Justice and Constitutional Affairs and the judiciary still have another hurdle to cross which is to fast-track financial and human resources to make functional the newly created service points.

There is need to provide resources so that the new courts of law don’t become ghost structures. There is need for infrastructure in form of courtrooms and accommodation for judicial officers as well as other support arms like the directorate of public prosecutions.

Some of these places are hard to reach; therefore, the officers should be motivated with befitting means of trans- port, accommodation, court tools and many other aspects to enable them calmly dispense justice.

While we applaud the ministry of Justice and Constitutional Affairs and the judiciary for hearing and responding to the cries of many, we are like Oliver Twist, asking for more.

The passing of the Administration of Justice Bill into law, the legal aid policy and law, equipping and resourcing will be additions in consolidating the gains. Justice is not a need, but a right; it is a prerequisite for the rule of law and security of persons and thus one of the enablers for economic development. We cannot achieve Vision 2040 without empowering all to realize their rights.

The author is an advocate and executive director at Legal Aid Service Providers Network (LASPNET).

There will never be justice for Ugandans unless they bring the change of governance needed as players-actors of events & not spectators in waiting!

ICC is bogged down simply because the very people (witnesses) who should help are never there when needed, yet we expect ICC to play its part in world peace-respect...!

Unless Ugandans Unite to throw Museveni-any other goon replacing him under the same circumstances with absent people in decision making, there will never be justice for Ugandans!

This is why those who voted for Brexit-D.Trump MUST come out to make their stand if there is to be start to changes they voted for otherwise the losers will end up saying "we told you it won't work"!

Ugandans MUST stop playing with Museveni who is going no where & will never care about Ugandans!

Is 31 years not long enough?
Report to administrator
0 #2 mungu 2017-07-06 17:54
Creating jobs for the children of NRM cadres Yes but bringing justice nearer the people No.

In a judiciary that tolerates judges who hide case files and fine people UGX 10 million on a flimsy charge of contempt of court I would not support the idea of taking this thuggery to those already impoverished, naïve and unsuspecting people of Agago and Namisindwa
Report to administrator
0 #3 TABARUKA AGGREY SING 2017-07-11 19:45
will the age limit work for the poor Ugandans,is the MPS continue with this stuaton with Otafire,Karoro among others.there is aneed for Okrut Karoro to follow Gen Otafire s Kahondo come 2021.
Report to administrator
0 #4 TABARUKA AGGREY SING 2017-07-11 19:47
will ugandas embrance age limit,and how is otafires plan for ugandas with marry Karoro.
Report to administrator
0 #5 TABARUKA AGGREY SING 2017-07-11 19:49
In observance of its international obligations, the 1995 Constitution guarantees access to justice under various articles.

As undertaken, it is no doubt the state is making strides in setting up structures and facilities to fulfill its obligations under the Constitution and covenants.
Report to administrator