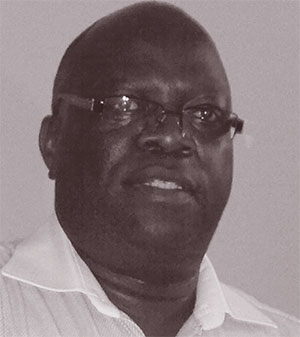 Since news broke that President Museveni had appointed Betty Amongi, the wife of UPC president Jimmy Akena, to his cabinet, the reaction from UPC party faithful in the diaspora has been characterized by outrage.

As this news was still settling in, Akena dropped another bombshell when he announced that the UPC cabinet had endorsed Amongi’s appointment and had given Akena the mandate to negotiate a memorandum of understanding with NRM, leading to an alliance or coalition.

To many UPC faithful here in the diaspora, the talk of a memorandum of understanding, coalition or an alliance with Museveni’s NRM is an act of greed and betrayal of the party by Akena and his team.

The gesture that President Museveni is making towards UPC has nothing good for UPC. Instead, it is a clandestine attempt by Museveni to perfect his long-term agenda to destroy UPC. Akena himself should be very familiar with Museveni’s agenda against UPC.

Museveni’s attempts to lure UPC leaders to his cabinet as a means to destroy the party are not new. In October 1997, Dr Apollo Milton Obote (RIP), in a document entitled “UPC and NRM Dictatorship”, disclosed how Museveni had tried to destroy UPC by luring Cecilia Ogwal, the then chairman of the UPC presidential policy commission (PPC), to Museveni’s cabinet with a promise of an appointment as a vice president of Uganda.

Here is what Dr Obote said in reaction to Museveni’s attempt to lure UPC leaders to his cabinet:

“….After several assassination squads had been to Lusaka and failed, Museveni and his imperialist and neo-colonialist mentors decided on a second course of action for the destruction of the UPC. This second course involves finding UPC members who love money more than they love the people and then to bribe such members with much money and/or appointments and set them to work to cause disarray in the UPC.

The former Speaker of Parliament, [Francis] Butagira, the former Deputy Minister of Education [Philemon] Mateke and others like Ateker Ejalu and Rev Kefa Sempangi are amongst UPC members who have been suborned. The scheme is for such persons to leave the UPC with thousands of members.

In October 1994, after having been working on Cecilia Atim Ogwal for some years, Museveni asked her to go to Lusaka with a mission other than UPC affairs. It so happened that the UPC President had requested Mrs Ogwal as chairman of the PPC to travel to Lusaka, accompanied by at least two members of the PPC. Mrs Ogwal told the party president in Lusaka that before leaving Kampala, Museveni had offered her the post of vice-president.

When Mrs Ogwal returned to Uganda and reported to Museveni without the document signed by Milton Obote, Museveni was reported to have reacted with much fury. In that fury, Museveni told Mrs Ogwal that because of her failure to get Obote to resign, he (Museveni) was going to annoy Mrs Ogwal by appointing another woman to the office of vice-president, and on the same evening, the appointment of Dr [Specioza Wandira] Kazibwe, who was in Morocco at the time, was announced….” www.upcparty.net.

Hon Akena is a personal friend and I respect him and his efforts in the struggle for peace and justice for all Ugandans. However, I beg to differ on his attempts to join President Museveni’s government and carrying UPC into an alliance with NRM. Akena should ask himself why, all of a sudden, Museveni is interested in working with UPC after several failed attempts to demonize and destroy UPC and its leadership, including Akena’s father Obote.

There is nothing to convince me that Museveni has deviated from his agenda. It is not surprising that recently when Museveni met with the NRM leaders from Lango, he disclosed that he had been working with Akena clandestinely since 2011. If the gesture was good for UPC, why not do it in the open?

My advice to Akena is that an alliance with Museveni is poison for UPC from Museveni. It is intended to destroy both Akena and UPC. There is nothing good in it for UPC. Please back out of it!