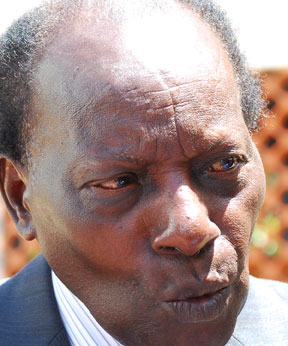 Having abandoned its previous principles and guidelines contained in the Ten-Point Programme, the NRM administration and the country’s establishment are now sustained by seven foundationless pillars.

There used to be three traditional wise monkeys, depicted as see no evil, hear no evil, speak no evil. With the coming of diseases such as HIV/Aids and Ebola, a fourth wise monkey was added and it was ‘do not touch evil’.

Besides these four wise pillars, three others have been added: nepotism, corruption and amnesia. These foundationless principles have assisted greatly in keeping the Uganda ruling class in power and benefiting the people favoured in employment, business, public posts and acquiring wealth.

Going by the facts and events of the 2016 elections, both before and after the Supreme court of nine justices unanimously found that no substantial malpractice had been proved by the petitioner in the presidential election and then declaring President Museveni the winner, everyone who unconditionally accepted those as fair decisions was a victim or beneficiary of one or more of the foundationless pillars of governance enumerated above.

Any Ugandan not schooled or recruited in these foundationless principles will have seen and recalls the unacceptable electoral malpractices that were so visible even before the elections of February 2016.

Lawyers and judges are familiar with the principle of res gestae (if things have been happening regularly one way, they are mostly likely to happen the same way again and again). This is a good principle which was designed to guide judges in adjudication.

Simply put, it can be equated to saying that if a thief has been caught and convicted many times before and is now before a court again charged with theft, chances are that he has committed it again. This is a clear principle upon which to convict and punish criminals and has been used by courts millions of times before.

In both 2001 and 2006 presidential election petitions, the Supreme court, differently constituted, found unanimously that the provisions of the Constitution and electoral laws of Uganda had been infringed. There had been vote rigging, intimidation and serious failures by the Electoral Commission.

The members of the panel only split on the personal question of whether or what they had found to be so wrong made any difference to the final result. Ugandans will have vividly remembered that in the period before the 2016 general elections, the NRM had lost a string of parliamentary by-elections.

NRM members who had stood in their own party’s primaries to become parliamentary flag bearers complained very bitterly that they had been cheated by the officials and electoral team of their party. The chairman of the party himself complained that his ministers and party cadres had swindled a lot of money released to facilitate the party to win those by-elections and that was one of the reasons why NRM lost.

As results continued coming in, Museveni was going down to 50% and Besigye was climbing up to the same number. Suddenly, an invisible hand stopped the process and blackened the TV screen. Within a minute or two, the screen brightened up and showed Museveni with over 60% and Kizza Besigye with 32%.

Amnesia appears to have seized lawyers and judges to forget those figures in the Amama Mbabazi petition. Ugandans witnessed the phenomenon and commented about its peculiar nature. But in the presidential petition, everyone in it seemed not to remember or comment on it!

The person of Kizza Besigye suddenly materializing at Naguru police headquarters to alert the police to a building where he claimed rigging of the presidential election results was actually in progress comes to mind.

Instead of welcoming the information about this serious crime and requesting Besigye to lead them to the alleged scene of the crime, the police unwisely and angrily mishandled the presidential candidate and forced him into a police vehicle and speedily drove him back to his Kasangati residence.

Thereafter, Besigye was kept under house arrest to prevent him from petitioning against the declared winner as he was entitled to by the Constitution. The lawyers and judges in the Mbabazi petition appear to have not recalled these incidents. Differently constituted, a panel of judges may have considered these incidents vitally relevant as happened in the 2001 and 2006 petitions.

Forgotten also were the unconstitutional utterances of the chairman of the Electoral Commission, Badru Kiggundu, that had he known Besigye’s temperament, he would not have nominated him. Ugandans believe that it is not up to the whimsical preferences of Kiggundu that candidates are qualified to be nominated to stand for public office.

I recall African Union observers such as Olusegun Obasanjo, Rupiah Banda and Sophia Akuffo kindly visiting my residence and giving me bits of information that they had all witnessed gross irregularities including vote rigging which had taken place in the general elections. It is apparent that their respective reports were totally ignored.

Sadly, the fear of telling the truth and accepting corruption and abuse of office as normal in Uganda are not confined to government only. The seven sins of misrule have spread to public institutions such as universities, hospitals and parastatals. They have engulfed private corporations, religious institutions and only a few people are safe or accountable.

But one day, Uganda will be liberated from the shackles of the seven foundationless principles.

The author is a former Supreme court judge.