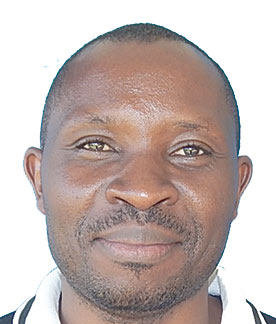 The minister for information and communications technology (ICT) has presented a bill before parliament seeking to amend Section 93 (1) of the Uganda Communications Act 2013.

The Uganda Communications (Amendment) Bill, 2016 seeks to remove the requirement for parliamentary approval of regulations made by the minister under section 93 (1).

The doctrine of checks and balances, important in the principle of separation of powers, is what the bill intends to take away. Parliament’s role of providing checks and balances is very critical, especially in the management of the communications sector which forms the bedrock of other fundamental freedoms.

The idea behind the doctrine of checks and balances the minister intends to run away from is to ensure accountability, responsiveness and transparency in a democracy. Parliament is constitutionally-mandated to make laws and, in exceptional circumstances, that duty can be delegated to the minister.

When the powers are delegated, parliament must retain the power to approve such regulations to ensure that they remain within the constitutional parameters.

The clause as it was then read as follows: (1) The minister may, after consultation with the authority by statutory instrument, make regulations for better carrying into effect the provisions of this Act.

The sessional committee of parliament on information and communications technology, in May 2012, scrutinized the clause as it was and realized that it was important to provide a mechanism of checking on what the minister may do before implementation. These words were added: ‘with the approval of parliament’, so that the minister does not overstep on the rights of Ugandans.

The committee gave its justification for this change as: for a better evaluation and observance of consistency of the regulations with the act. Parliament agreed with this position and passed the UCA 2013. Barely three years from its enactment, the minister has brought back the same section under the pretext that it is in conflict with section 93(3) which states that: “Regulations made shall be laid before parliament.”

When the two sections are read carefully, the one proposed for amendment is fundamental on checking the excesses of the minister when formulating regulations that are likely to affect the right to communication.

The proposed section for amendment makes it mandatory for the minister to involve parliament in formulating the regulations. Whereas section 93(3) only requires the minister to lay before parliament the gazetted regulations – which is ambiguous and probably the minister should be suggesting that parliament repeals it for being redundant – he ironically suggests that it is conflicting with 93(1) of the same law.

If Parliament goes ahead and reverses its position on the law, the dangers are quite many and very injurious. They would include, but not limited to, the following:

• Vest all the powers in the minister to formulate and implement tyrannical or arbitrary regulations that serve his/her interests. Such regulations will affect the right to communication in the country. We should be mindful of the recent shutdown of social media in the country during the general elections, which negatively affected the free flow of information, especially to journalists.

• Create a possibility of misuse of the powers by the minister and the UCC executive director as laid down in section 93(2), (4) and (5) of the Uganda Communications Act, 2013.

It is my prayer that parliament retains its supervisory role over the conduct and affairs of the minister by not amending the law as per the amendment proposals. Parliament should, instead, aim at imposing more controls for checks and balances purposes and safeguarding majority Ugandans.

The author is the national coordinator of Human Rights Network for Journalists-Uganda (HRNJ-U).