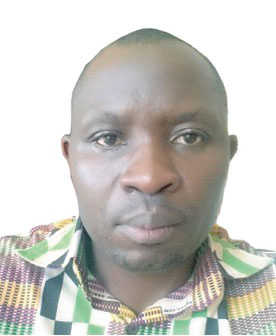 The correlation between Uganda police and journalists in the country has slowly degenerated into a hate relationship.

In a space of five days, over 30 journalists have been beaten, blocked from accessing news scenes, pepper-sprayed, arrested, detained and released without any charges preferred against them.

Others have been physically-assaulted as they relayed events live. Physical confrontation of journalists on duty by armed security officers has now reached unbearable proportions. Increasingly, journalists who transmit live events are the police’s prime target.

HRNJ-Uganda has documented over ninety (90) incidents since the prime political campaign season from October 2015 to February 2016. Majority of the cases are those of journalists who have dedicated their time to inform the public about the events as they unfold at the former presidential candidate Kizza Besigye’s home in Kasangati, Wakiso district.

Since February 19, 2016, Dr Besigye has been under house arrest, with heavy police deployment around his home. The deployment of massive security officers at Besigye’s home has attracted the attention of several media houses and independent journalists.

The police accuse journalists covering the events at Besigye’s home of inciting violence, unethical conduct, refusal to “obey lawful orders,” and “being in a place where there is no news.”

When asked about the arrest of six journalists from Kasangati on February 27, 2016, the police’s director of human resource, Andrew Felix Kaweesi, told HRNJ- Uganda last week that “journalists will be called in case of any news.” Meanwhile, the police spokesperson, Fred Enanga, said that the police would investigate the motive of journalists covering Besigye’s confinement.

This is a matter of concern to every Ugandan who cherishes free expression, flow of information, and media rights. Freedom of the press is a constitutional right which must be jealously protected, upheld and unreservedly respected by all law-abiding Ugandans – including the Uganda police.

Journalists are free to determine what is newsworthy and how to report it within their ethical parameters. However, the police force has usurped this responsibility, through coercion and intimidation with a sole malicious intent of suppressing information flow, to the ultimate detriment of the general public.

This unwarranted interference with the work of the media under the guise of protecting national security and public order is a gross violation of the rights of journalists. Police should clearly show how such media work in Uganda has jeopardized the country’s security and ruptured public peace.

Freedom of expression is the bedrock of all other rights and freedoms in any democracy. Closely-tied to the public’s right to know is a free media that can investigate the workings of government, police inclusive, and report without fear of persecution or prosecution.

Ugandans may not be able to leave work to go and watch what police are doing at Besigye’s besieged home. But the press is their surrogate; it reports the happenings. In a democracy, people rely on the press to expose the maladministration, injustices or the inefficient and ineffective workings of a government. No country can be free without a free press, and one sign of repression is silencing of the media.

Suppression of journalists and media freedom can only be detrimental to the decision-making process of individuals and governments. It may lead to dishonesty and incompetence not being exposed, and a multitude of other undesirable consequences.

It is for this reason that it has been said that “freedom of expression constitutes one of the essential foundations of a democratic society and is one of the basic conditions for its progress and the development of man”.

Journalists and the media should not work under the influence of external forces, be it politicians, police, army or otherwise. Thus the police must be reminded that the Constitutional court, on October 12, 2015, took note of the significant misconduct of police officers; and stated that “the time has come for the perpetrators and their supervisors to face civil consequences for their willful disregard of the fundamental rights and freedoms of the people of this country.”

The author is the national coordinator, Human Rights Network for Journalists-Uganda.