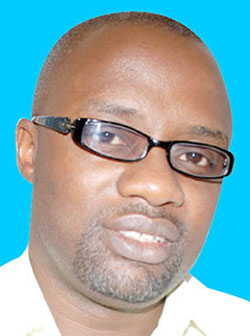 The controversial decision by parliament to require media houses to assign only reporters with journalism degrees to cover the House is an interesting one, given that journalism has and is still going through a rough patch.

The argument from parliament, especially in the letter written to media houses by deputy clerk to parliament Okello G Obabaru, is that “given the importance of the business conducted in parliament and taking into consideration the need for complete, fair, accurate and balanced coverage of parliament and its committees, journalists who cover parliament must meet certain minimum requirements.”

And for them, the minimum requirement is possession of a degree. The director of communication and public affairs at parliament, Chris Obore, had also referred to the Press and Journalist Act 1995, which requires, among other things, reporters to have degrees in journalism or a postgraduate diploma or training in journalism.

But there is a disconnect between what that law says and what reality indicates. Government or the relevant state agencies have continued to license different institutions to instruct students in journalism and other media-related studies.

These institutions, which are spread across the country, award either certificates or diplomas to their graduands. In a way, these institutions have taken on journalism as vocation.

They impart practical skills on their students, unlike the theoretical system in universities. These skilled journalists have done great work and some of them have even won national and international awards.

So, if they cannot practice their profession (journalism) in places such as parliament, wouldn’t that appear discriminatory and, therefore, unconstitutional?

I fear that there might be a snowball effect, whereby other state institutions or private bodies also demand degree-holders to cover them. Wouldn’t it also be ironic to outlaw a profession taught by authorized training institutions?

It is also particularly interesting to note that the academic requirement for one to be a member of parliament is a certificate in advanced education (A-level) or its equivalent.

And these legislators with such qualifications are expected to make laws for the country. They are expected to scrutinize reports by the auditor general and to play an oversight role over the executive. They expected to understand economic trends and the geopolitics in order to inform their decisions.

But journalists with similar or higher qualifications are not expected to report about parliament!

Deputy clerk to parliament Obabaru says the changes are intended to ensure that there is fair, balanced and accurate reporting. Whereas this is a professional code of conduct in journalism, I don’t think its practice is limited to only those with degrees.

News goes through a number of gatekeepers before it is published or broadcast. The gatekeepers sieve the news and ensure that fairness, balance and accuracy, among other things, are achieved. And one may ask: ‘what if the reporter misleads the gatekeepers?’

While they are called gatekeepers, they don’t act like conveyor belts, which just push an item from one end to another, without question. The gatekeepers have powers to reject the story if it has inconsistences and the reporter fails to explain them.

Journalism is actually one of the few professions where the mistakes of the writers are published, while those of other professions such as doctors are hidden and it would take an inquisitive mind to fish them out. Therefore, if the reporter lies, he will be exposed by the published report.

And today we have so many media reporting on parliament: radios, televisions, online reports and newspapers, among others. So, a ‘biased’ reporter will be exposed by the reports of his colleagues from the same event or venue.

For a serious media house, such a reporter may be punished if it is proven that he intended to lie or he slanted the story to achieve a particular purpose or he was compromised by a news source to write the way he did. And one of the punishments would be to withdraw him from that particular beat.

That said, I would like to revert to my earlier stand I made in 2013 where I called for the regulation of journalism as a profession. When I suggested that we should have a national register of journalists, many people called me all sorts of names. In Uganda, journalism is probably the only unregulated profession.

Accountants, auditors, lawyers, doctors, etc, have regulatory bodies. At times journalism appears like the occupation of fishermen; whoever has a net and can manourvre the choppy lake waters qualifies as a fisherman.

There are many benefits that can accrue to journalists if they were registered and regulated. One of them is to make the profession respectable. And we can achieve this if we stick by the rules imposed by the regulators and the law.

For instance, we need to have practicing certificates, which would raise the bar for journalists. A journalist would have to ensure his deeds don’t conflict with the requirement of the license. This license, with conditions of renewal, would be his tool of trade; without it, he cannot practice. This will weed out fakes.

For instance, what happens when a journalist solicits a bribe from a person, or if he involves himself in blackmailing a person in order not to publish story? Is blackmail part of journalism? Should such a person’s license be maintained or renewed? Should any other media house employ such a person?

In my view, regulation will save the image of media houses. We need to be defined and professional.

The author is the finance director of The Observer Media Limited.