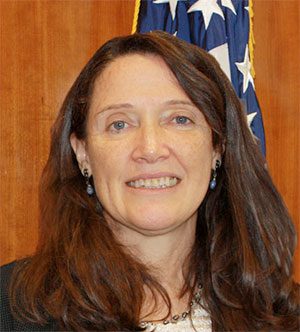 On January 18, the United States commemorates the birth of Reverend Dr Martin Luther King, Jr, honoring his legacy in advancing civil rights and working to end racial discrimination in America.

Dr King led an extraordinary life one that inspired a generation, championed justice, and helped my country live up to its founding promise as a nation where all are created equal. The United States, while not perfect, is a better and more democratic country because of Dr King’s efforts.

Dr King achieved his accomplishments through an unwavering faith in nonviolence that was sometimes keenly tested. His campaigns, including the historic five-day march for voting rights in Selma, Alabama, in 1965, took place in the face of repeated attempts by his opponents to thwart his goals, including through violence.

Nonetheless, he and his followers never deviated from their commitment to nonviolent protest. By demonstrating that commitment, Dr King and his supporters prevailed and helped bring about the reform of America’s civil rights laws that ultimately ensured African-Americans’ right to vote.

Their peaceful example proved far more durable and much more powerful in influencing American policy and changing American minds than the violence and oppression that confronted them.

Dr King once said: “Nonviolence is a powerful and just weapon, which cuts without wounding and ennobles the man who wields it. It is a sword that heals.”

As Uganda enters the final stage of its presidential election campaign, it is worth remembering Dr King’s vision and philosophy.

The past few months have witnessed a lively campaign season, with many observers saying this is the most hotly- contested vote in Uganda’s history.

It is an exciting time with candidates and voters debating the issues that affect their daily lives. It is clear to me as an outsider that Ugandan citizens are eager to exercise their rights to choose their next leaders, and they want to hear from the candidates who aspire to lead Uganda in the years ahead.

The candidates and their supporters naturally have differing points of view, and they compete with one another in trying to convince voters to see things as they do.

That’s democracy at work. Unfortunately, as the electoral clock winds down, the number of reports of election-related violence and intimidation is increasing. These incidents don’t show democracy at work; instead, they point to a democracy at risk.

While the facts of what actually happened in these incidents are often clouded by conflicting accounts, the sad result is that some candidates often have been prevented or even prohibited from campaigning.

That’s not good for anyone. An informed voter is the first line of defense of a strong democracy, and voters become informed by learning what candidates have to say whether by attending their rallies, listening to their speeches on radio or television, or reading about them in print or online media.

Voters’ access to information without fear of violence or intimidation is a fundamental right. Elections are a proving ground not just of individual candidates’ popularity but also of the democratic institutions they are committed to uphold.

One vital test of these institutions is whether electoral regulations are applied equitably and consistently to all, and whether candidates are allowed to compete without fear of violence, obstruction, or intimidation.

And while exercising their democratic rights, everyone candidates, voters, civil society, the media, security forces, and government has a role to play in ensuring that this electoral season is peaceful and that violence is not used as a means of settling election disputes.

I commend Ugandan leaders, like those associated with the Inter- Religious Council of Uganda, who have stood up to urge respect for the rule of law and to condemn election-related violence.

I applaud prime minister Ruhakana Rugunda’s call for peaceful elections and an end to language that encourages violence. More voices like theirs must be raised and heard in the coming days.

These Ugandan voices understand what we learned from Dr King’s example that the path of nonviolence is always more powerful, more persuasive, and more permanent a way to touch hearts, change minds, and influence attitudes.

While we celebrate Dr Martin Luther King’s legacy, we, Americans, acknowledge that his dream is not yet fully achieved that, as President Obama said in commemorating the 50th anniversary of Selma last year, “our march is not yet finished, but we’re getting closer.”

As February 18 draws near, I hope that Ugandans will follow his example of nonviolence, expressing their views and exercising their franchise in an environment that is peaceful, fair, and transparent.