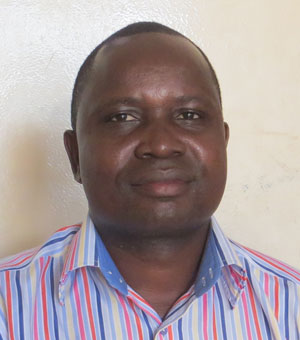 Parliament last week sent out a letter to editors requesting them to  send names of journalists they would want to deploy to cover the  10th parliament.

The letter was dispatched early because we intend to procure training in parliamentary procedure and practice for the accredited journalists before the start of the next parliament. This training is in line with parliament’s interest in enabling the media to do their work better.

Because of the complexity and intense nature of parliament, we asked editors to send us their best reporters, preferably those with any degrees and three years in journalism practice.

As an institution that passed the law, parliament should be the first to respect it.  Parliament would have demanded only full members of National Institute of Journalists of Uganda (NIJU) are accredited but we are open to any degree with a bit of experience in practicing journalism.

Our democracy is not yet developed; therefore, shaping it places a big  burden on all actors but it puts more challenge on the fourth estate  to have a fair, balanced and accurate record of events in addition to intense interrogation of actors and issues.

However, the reaction by some actors to our demand is unfortunate. They have chosen to misunderstand parliament instead of appreciating the issues.

Some argue the requirements infringe on the rights of journalists to cover parliament. That is false.  It’s one thing to have a right but there are requirements that qualify you to exercise that right.

Freedom of expression is not restricted to journalists; you can  practice that right without being a journalist. But if you want to be  a journalist, you should have qualifications that make you a journalist.

Some argue that most MPs are uneducated (or less educated) because their minimum requirement is A-level or its equivalent; therefore,  there is no need for journalists who cover them to be better educated.

That’s a dishonest argument. First, it is like saying that  because most Ugandans have not read a lot, lawyers representing them  in court should not have degrees and certificates from Law Development

While that has worked, it has also  partly contributed to poor-quality journalism.  And the fact that we have poor doctors, lawyers, engineers etc. with degrees has not stopped people from studying law or from setting standards.

A degree does not infer common sense and intellect always but that  does not mean university training is of no value. Let’s not drop standards just because those you are going to cover  “are not educated.”

In any case, do journalists who report from parliament serve MPs or the wider public? If the MPs “are not  educated” as some journalists would want the world to believe, are there no members of  the public better educated and deserving insightful reports from  parliament?  Our main interest is to improve the quality of public engagement with the legislature.

The retorts about MPs allegedly having low academic qualifications also expose lack of depth in some journalists who report from parliament, and actually justify our demand for degree holders. On October 12, 2014, Mr Sadab Kitatta Kaaya of The Observer newspaper did some good journalism.

He analysed MPs’ academic  qualifications and found that out of 375 legislators excluding  ex-officios, 175 MPs held only a bachelor’s degree, 139 had a master’s  degree, eight held PhDs, 25 had diplomas, while only 10 have A-level.

So, majority MPs are people who have interacted with the blackboard for many years. They have also worked in important sectors before joining parliament. Therefore, being intelligent and educated is not the preserve of journalists anyway.

Even without legally raising the minimum requirement to degree level,  parliament already has more degrees in the House, meaning that the  voters see value in education than journalists appear to. So, what is  this obsession by the media not to set their own standards high?

Even Born-Again pastors have an association to discipline their own who err, and raise the quality of who becomes a pastor.  This came after widespread outcry from the public.

But journalists only talk about self-regulation without demonstrating seriousness about it. In fact even traditional healers are better-organised than Ugandan journalists. Why then do journalists demand higher standards from others yet they appear to cherish and preserve low standards in their own industry?

As parliament, we deemed it necessary to associate with journalists who meet certain minimum requirements; in this case a degree.  Instead of engaging with us to see what works best for all us, some journalists, as usual, choose confrontation and assign wrong to us.

As an arm of government, parliament has rules that guard its independence and operations. For instance, a stranger means a person other than the President, Vice-President, Prime Minister, the Speaker, a Minister, a Member, or an officer of the House.  The authority to admit strangers is with the Clerk acting on behalf of the Speaker.

However, as a public institution, journalists are accredited to cover  proceedings of the House without diminishing the authority, honour and dignity of parliament.

The problem of quality of our journalism is well-known and well-articulated by many senior journalists and other eminent people.  However, other than knowing the problem, there appears to be little action from the media industry to address it.

Instead, they are quick to condemn the options that others come up  with. So, parliament has opted for a degree; instead of condemning, what is your practical solution to the problem of low quality?  There is a thin line between censorship and regulation.

Journalists are too reactive with strong language but are sluggish in offering a way forward. As parliament, we are open to listening without giving away the right and privileges of the House.  Even then, someone has to make a decision.


The author is the director for Communication and Public Affairs at Parliament.