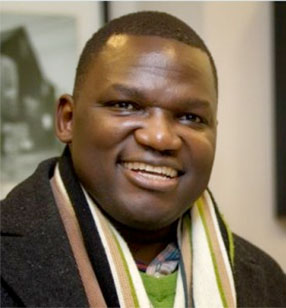 The dictionary defines elites as “part of a group that is superior to the rest in terms of abilities or qualities.

For this article, elites are those who have attained certain privileges in society, such as higher education, formal employment, exposure to the global common, and individuals who self-identify as intellectuals.

It is expected that people who hold themselves as such in society are also conscious of their social, economic and political conditions to be able to fulfill their roles in society.

Seemingly, a good number of these so-called elites are either naturally or deliberately unconscious, or are outright wishy-washy and too self-regarding to acknowledge the precarious conditions into which Uganda is plunging itself, as a modern state.

There is a general consensus among Ugandans that the leadership of President Museveni has been appreciated, but it is in overdose of same underperformance. Clearly, given the situation of infrastructure, social services and endemic corruption; the performance, mission and vision of Mr Museveni has tapered off the curve into a steep decline.

The elite groups should be able to capture and synthesize these obvious trends to set pace for meaningful change. And yet, paradoxically, they remain remote in their demeanor and insensitive to any notion of change.

Here are some obvious trends: since 1996, the most potent presidential candidates have emerged from western Uganda. All of them have been a splinter group from the mainstream NRM.

This also shows how well-established the NRM is on the ground, given nearly two decades of no-party democracy in Uganda. Leaders usually emerge from within a society to reflect its aspiration and economic interests.

To illustrate that, the contemporary Ugandan society is neither critical nor proactive. It has not produced any leadership outside of the traditional contenders – Museveni (NRM) and Kizza Besigye (FDC) – since 2001.

Further, because of the accumulated wealth in western Uganda, the expression of economic interests there is more compelling than from other regions.

Therefore, change or no-change, for the groups that associate with this regime, theirs is an in-house thing.

This trend gives rise to potentially two parallels: one, presidential contests have been monopolized by candidates from western Uganda, and it will remain so for a while.

For instance, both NRM and FDC are led by people from the west and are structured such that the current leadership and the one thereafter will be occupied by their own.

These patterns reflect the glaring gap both in the unequal distribution of socio-economic privileges, and human resource development in the last 30 years.

In other words, for individuals from the north and east to make any serious inroads into national leadership, it will require, on the minimum, two decades of a radical change in the current political and economic formation.

Second, there is the delusional convenience that afflicts the elite groups, making them an obstacle of change. Many of these people that are reluctant to support the forces of change are deliberately unconscious, illusive, or self-regarding, given their temporary convenience of employment and perks of power.

This precisely explains how the elites have become opportunistic and predatory. This is the obvious choice: Dr Besigye is the most experienced, fearless, consistent and dedicated agent of change among the eight presidential candidates.

Besigye draws such humongous crowds out of his charisma as a natural leader. His enduring dedication has endeared him to the masses. Further, Dr Besigye has been very instrumental in exposing the bad and ugly of this regime beyond what other people could have imagined.

Lastly, there has never been a free and fair election held in Uganda to claim that Besigye ‘failed’ to win. Clamoring on his previous failed attempts at wresting power from the claws of the ‘leopard’ is only subversive to the causes of change.

These elites did not expect Besigye to pick up guns to fight the regime for rigging elections. KB has maintained that such means will further entrench tyranny and deprive Ugandans of experiencing the true exercise of their power, which is the bedrock of meaningful democracy.

If these are not exceptional attributes of a capable leader, then who else is better-placed to offer alternative leadership to this country?

The author is a Ugandan political analyst based in Toronto, Canada.