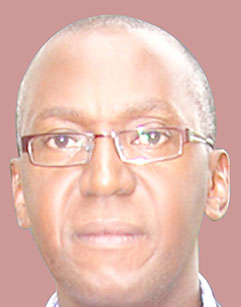 As we approach the 2016 elections, the Uganda Police Force (UPF) is going to face a rough time in the media and court of public opinion.

Ironically, it is some sections of the UPF that are courting their own troubles. Take the case of FDC’s Zainab Fatuma Naigaga, who was violently arrested by a posse of police officers along Masaka-Mbarara road as she escorted Dr Kizza Besigye to a rally in Rukungiri that had been deemed illegal.

There has been public anger regarding the manner of her arrest that left her undressed and humiliated. UPF, on the other hand, insists Naigaga exposed herself and may even be charged in court.

Some people, whom I know, that do not support NRM party, have also expressed the view that she undressed. It is important to point this out because for some Ugandans, the actions of police are seen as NRM’s.

What is clear about Naigaga’s arrest is that she was firmly held by four burly policewomen, each gripping a limb, and led to a police pickup truck. At some point, she was dragged onto the tarmac as well.  Despite her energetic wriggling to break free, the officers held on.

In the process, her trousers came off, exposing her underwear, and this prompted a traffic officer, the fifth officer in the melee, to attempt pulling them up. Later in a TV news interview, Naigaga claimed she was fed up and consequently defiantly threw off her blouse because she thought the officers were determined to undress her.

What would have happened if the officers had just left her alone? Was there any risk had they just looked on as she made a nuisance of herself – if that is what she was doing? And this is where the police unit in charge of monitoring opposition politicians gets it wrong.

Besigye’s convoy was stopped near Masaka when officers on a police patrol threw metallic tyre spikes onto the road, causing multiple accidents when the cars bumped into each other.

What training have these officers received? They were not chasing after highway robbers! The group included presidential aspirant Kizza Besigye and members of parliament. All are actually entitled to VIP protection.

I sought opinion from a couple of lawyers on what channels of recourse would be available for Naigaga. The first lawyer advised that she could sue the attorney general, the individual officers involved in molesting her and those who commanded and supervised the humiliating arrest.

Lawyer number two, Dr Busingye Kabumba, believes that: “It is important for the police to scrupulously comply with the law when making arrests or restraining persons suspected to have committed any offences. In particular, they should exercise only such force as is necessary to effect arrests, in line with Section 2 of the Criminal Procedure Code Act, read together with Article 24 of the Constitution, which prohibits inhumane and degrading treatment or punishment.”

I also enquired from two Ugandan British policemen – one retired and the other still in practice – on how they go about arresting protestors with minimum violence and no humiliation. The retired officer says an officer must understand the law he is working under and the consequences of abuse. He must fully appreciate the civil liberties of citizens; failure to do so will make both him and the service liable to prosecution leading to even personal financial loss.

In his opinion, the Ugandan police is not service-oriented; it is ‘enforce’-oriented, perhaps that’s why they still call it a police force. A service-oriented police has a strong visible customer service culture; its service is community-influenced and will, therefore, resist behaviour that would seek to destroy this complex relationship.

Ugandan police officers do not use handcuffs because they are trained to act in packs; they are not empowered as individuals to take action on their own. Therefore, a simple arrest turns violent because their attack instincts kick in! They are not trained to negotiate or take full control by quoting the law and convincing the offender that the best available option is a simple arrest.

British police officers are trained in life-saving techniques and the various causes of serious bodily harm so that an officer fully appreciates why suspects must be handled with utmost care to avoid both organ and tissue damage. The FDC woman could have suffered serious spinal injury.

The serving British police officer told me that: “Arresting anyone is an act of law; I use the power given to me by the constitution. Defiance is a sign of disrespect. Regardless of the volume of your body, a small man like me can easily arrest you by authoritatively asking you to do what I want!”

The problem with the UPF is that no one is listening!

The author is one of the founding Kigo Thinkers.