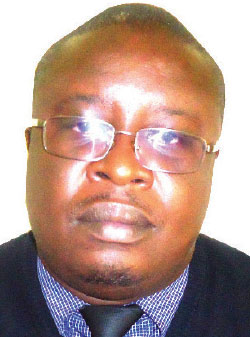 On August 25, at around 2am, a suspicious man stood for about 30 minutes outside the gate of Uganda Land Alliance (ULA) head offices on Plot 1521, Mawanda road in Kamwokya, Kampala.

He immediately took to his heels when our security guard barked at him. This happened a few weeks after unknown people broke into ULA offices and stole four (4) computers with their accessories and, in the process, hacked and killed the security guard on duty. The deceased, Richard Oketch, was attached to a local security company – Top Security. We buried him a few days later! May his soul rest in eternal peace!

To make things worse, the thugs are suspected to have also left with the gun which the guard was using to protect office premises. This incident happened in the wee hours of Friday July 17, 2015. It was the second time a similar deplorable incident was happening to the organization in a space of one year.

The earlier incident (in May 2014) caused the loss of nine (9) computers, three digital cameras and other IT-related equipment. ULA is not going through this in isolation. Nongovernmental organizations continue to suffer attacks and lose property. On August 18, another organization – Save for Health Uganda (SHU) – based in Mengo, Lubaga division in Kampala, suffered the same tragedy.

In the past, other CSOs that have reported similar incidents include Hurinet Uganda, ActionAid-Uganda, the Anti-Corruption Coalition, Foundation for Human Rights Initiative, the East and Horn of Africa Human Rights Defenders Project, Action Group for Health, Human Rights and HIV/Aids and NGO Forum (Lira), among others.

As ULA, all these incidents have left us traumatized, saddened and we continue to appeal to the Uganda Police Force to investigate the matters to their logical conclusion and give reports.

For an organization like ours that has been in place since 1995, providing a living for a good number of Ugandans and saving the poor from losing their land to greedy people, such deeds should not thwart our work. I believe many will agree with this argument.

These cases have left us guessing about the security or crime situation in the country. Many questions have come up: who is behind all this? Why does police take long to produce investigative reports or at times fail to produce any?

Who is to blame? Are crime rates in this country on an upward trend? Are we (CSOs) to blame for our laxity on security of our premises?   What happened to Uganda’s Operation Wembley?  Why can’t police do fulltime night patrols in all areas across the country?

There are very few answers to these questions. There is a general feeling that some of us that do important work on behalf of poor women, men and youth are targeted by those who think that this is against their ‘profitable’ targets. This theory has not been scientifically verified, though.

Although there is a general feeling that crime rates are reducing, going by recent crime reports authored by the Uganda Police Force, some of us feel that analysis leaves us out.

We continue to doubt the investigation capabilities of police on most of these cases and whether there is enough manpower and technology to ‘arrest’ the situation. The recent acceptance by the police that their investigative wing is ill-equipped probably explains it all.

Because of this gap, the confidence with which we do our work is shattered. It is also uncomfortable that these incidents continue to happen at a time when legislators are expected to pass the NGO Bill into law. We are praying that the resolution will be made in favor of the over 11,000 registered NGOs in this country.

We are confident that the legislators, many of who came from the civil society, will not overlook the contribution made by NGOs towards national development.  We appeal to our national security agencies to create a secure working environment for NGOs in recognition of their contribution to the wellbeing of Ugandans.

The author is the executive director of Uganda Land Alliance.