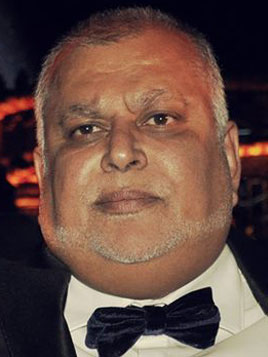 Our attention has been drawn by selected articles in the local media and on different social media platforms, regarding an ongoing process, in which Premier Roses – a Ruparelia Group company – seeks to lease 900 acres of land (part of the 3,300 acres owned by government) in Namulonge, Wakiso district.

The articles have not fully delved into the process leading up to approval of our application – choosing to mainly focus on the presidential directive which was issued nearly after two years of extensive stakeholder engagements and scrutiny of our proposal. Worse still, there has been almost no mention of the significance of this project to the Ugandan economy.

I hereby wish to make a few clarifications. Premier Roses is Uganda’s largest single grower and exporter of flowers. With 60 hectares of greenhouses that produce 13 million cut-rose stems per month, we control 35 per cent of the export market.

After unsuccessfully trying to locate such amounts of commercially viable land from the private sector, on August 5, 2013, Premier Roses wrote to the minister of state for agriculture expressing our interest to lease and develop Plot No 9, Block 158 at Namulonge. This land comprised of the largely undeveloped and bushy part of Namulonge called Nakyesasa.

Total required land was 1,050 acres (425.5 hectares) – 400 acres for roses, 200 acres for vegetables (tomatoes, chilies, pepper and cucumber), 200 acres for fruits and 100 acres for growing herbs and spices.  The remaining land would be used for storage facilities, a pack house, processing plant, offices, staff houses, a health center, laboratory, vocation training center, parking space, recreational facilities and a school for children of our staff.

Transparency and due processes followed: Following receipt of our application, the agriculture minister gave a “no objection” and wrote to the minister of state for investment at ministry of finance recommending us.

Six months later, the Uganda Land Commission approved a five-year lease term, extendable to full form – but only granted to us 900 acres. This was also on condition that we enter into an MoU with NARO on how to sustainably develop the project for the mutual benefit of both institutions.

In a April 14, 2014 letter to the agriculture minister and copied to the minister of lands, the NARO governing council chairman is on record saying that given the existing pressures from land grabbers, entering into an agreement with fewer private sector developers, on clear terms on which to utilize the land, was more preferable and would also help NARO realize revenue to fund their activities.

About 1,000 acres had already been irregularly grabbed by different developers in Namulonge township. Contrary to implied insinuations, all this time, nearly two years, the president was never involved; the project was approved purely on its merit.

However, following the April 2014 decision by Uganda Land Commission, the minister of lands, on June 27, 2014, wrote to the president seeking his guidance on the final decision.

The president, nine months later and after extensive consultations,  on  March 12, 2015,  wrote to the minister of lands and ministry of agriculture asking that our application be given due consideration, but also reiterated the need for a strict MoU between us and NARO.

Subsequently, the minister of agriculture on June 23, 2015 wrote to NARO instructing them to work out an MoU with Premier Roses on this collaborative venture.

While we wait for the finalising and signing of this MoU, we wish to reiterate our commitment to this project.  We have already secured the necessary resources to finance this development without any further delay.

We appreciate the role of research and development in agriculture but we also know that this must be matched with sufficient levels of production.

The Ruparelia Group is patiently committed to closing this process and developing this project in line with the laws of Uganda and in the mutual interest of NARO and the local communities of Namulonge.