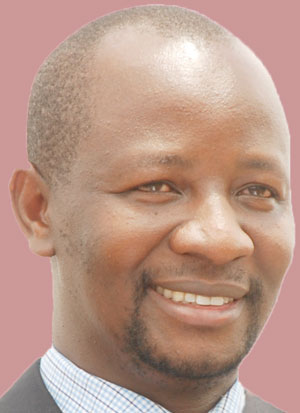 In June 2011, I was handed my first report on my country’s state of indebtedness. This report was issued on the day the national budget was read at Serena hotel’s conference centre.

The new minister of finance, Maria Kiwanuka, revealed in that 72-page report that Uganda’s total debt had hit $4.2 billion. Of this, $2.8bn had been borrowed from outside and $1.4bn locally. We paid $37.4 million to service the loan’s principal and interest that year.

In our first year in Parliament, we approved requests from government to borrow $615m to finance various projects. When Maria Kiwanuka issued a new report in 2012, we had increased our external debt to $5.7bn. Domestic debt stood at Shs 5 trillion and we paid $64m to service the loan’s principal and interest.

In 2013, we again approved requests to borrow more from various lenders, bringing our debt to $5.8 billion. Of this, $3.5bn had been used while $2.3bn remained on accounts, yet we paid interest on it. In 2014, we approved more requests to borrow, bringing our external debt to $6.6bn. Our domestic debt (money borrowed from banks through bonds and bills) is now at Shs 7.2 trillion.

When you add up external and domestic debt, out exposure is nearly $10bn. And this is before you add up the new expensive Chinese loans – the main subject of this column. I have previously informed you, dear reader, that a country is not supposed to borrow beyond 50 per cent of its total wealth (GDP). I may not be able to explain why, because I don’t know who set these standards. Uganda’s GDP, according to World Bank, is $21bn, although President Museveni puts it at $27bn.

We joined parliament when our external debt was $2.8 billion; we have increased it to $6.6 billion. As opposition, we have tried but the NRM mob doesn’t read or even understand the implications. Many of these are concession loans to be repaid after 40 years and at an interest below one per cent.

Our biggest lenders are World Bank, African Development Bank and obviously the International Monetary Fund. We have also borrowed from Europeans who call themselves the Paris Club, Arabs and from countries such as India, Japan and, surprisingly, Tanzania. In this column, I single out China which is about to become our biggest lender. In the last two weeks, the NRM-dominated parliament has approved borrowing of about $2bn, all from China.

First, as opposition, we fought but lost the battle when a request to borrow $483m to finance construction of 183-megawatt Isimba dam was tabled. We were not against the construction of the dam but the borrowing from Exim Bank of China. This particular loan will be repaid in less than 20 years and at an interest rate of four per cent, yet World Bank loans are at one per cent and paid over 40 years.

Secondly, as parliament and as a country, we were lied to by our leader. The reason he didn’t subject the Chinese firm at Isimba to competition was because they were supposed to source for financing themselves. As it turned out, nobody would give them money.

What the Ethiopians have done is to borrow from China but construction is done mainly by their army.  Ours is in Somalia, Central African Republic, South Sudan and Congo. Again, a fortnight ago, the NRM mob approved borrowing of $1.4bn from China for construction of Karuma dam. The same story had also been given – that the Chinese company will source the money and, therefore, should not be subjected to competition.

Borrowing of $1.4bn is the biggest loan ever obtained by Uganda in one go. And on the same day, the new finance minister tabled another request to borrow $325m again from China to expand Entebbe airport. Remember, Emirates had wanted to develop and use this airport as its African base but because it was not offering bribes, the offer was never processed.

Don’t forget the Entebbe express highway for which China is lending us $476m. According to the 2014 reports on loans, China had surpassed all Uganda’s bilateral creditors.

I have nothing against China but their loans are very expensive and conditional. Just imagine if all construction were to be done by local firms. And remember Mzee Museveni had committed us to borrowing $8bn to construct the standard gauge railway. We all want development, but we must not bankrupt our country and burden our children.

China is looking for markets for its goods and, like we did with Europeans, we are naively mortgaging ourselves. Having messed up for the last three decades, our leader wants to be remembered for the infrastructure; but he may enslave us in the process.

The author is Kyadondo East MP.