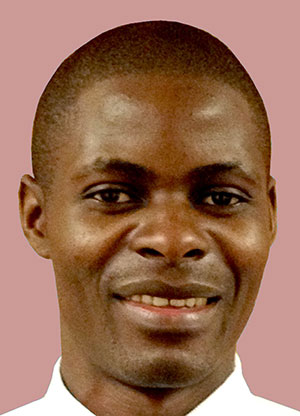 Last week I wrote about the deceptiveness that defines the politics of General Yoweri Museveni. But it appears that the entire Ugandan nation is living in self-deception.

Apparently, sixty-nine per cent believe the country is heading in the ‘right direction’, according to an opinion poll funded by the International Republican Institute (IRI), an American think-tank.

Opinion polls are ill-suited for a poor and backward society, especially one under an authoritarian-military ruler. Interestingly, regime apologists who are wont to disparage Western political ideals and practices, on account of the importance of context, are nevertheless happy to embrace opinion-polling, a Western practice, as though context matters less in opinion polls.

Opinion polls presuppose that those being polled have an adequate grasp of the full import of the questions at hand but also that they have sufficient information to form an informed opinion. To ask whether Uganda is moving in the right direction presupposes that those answering the question fully appreciate their immediate local surrounding and also understand the world beyond.

Foreign players like IRI and their Ugandan acolytes liberally conduct opinion polls in Uganda as though we are a Western society, which we are not. Notwithstanding the possibility that opinion-polling is unsuitable for Uganda, it’s also possible that the IRI finding, that sixty-nine per cent of Ugandans in fact think or believe that the country is on course, is accurate.

After all it is these same Ugandans who have, in one way or the other, abetted the current misrule by either overtly supporting the rulers or staying indifferent to the decay engulfing the country.

But what’s the ‘the right direction’ implied in the poll? There is an indisputable decay and stagnation across the country’s social and political landscape, from the pervasive institutionalized incompetence in government to the near-collapse of the healthcare system, the sheer rot in the education sector, mass unemployment, superficial economic growth, a small economy dominated by foreign capital, and a deeply politically uncertain future. Are these facts part of the right direction?

A key problem with opinion poll questions which elicit a simple no or yes answer, is that they tell us very little if anything. It would have been more instructive to know why Ugandans believe the country is heading in the right direction and how they define this right direction.

If I may hazard a guess, part of this ‘right direction’ thinking stems from the minimalist and simplistic mindset captured in what I once summarized in this column as ‘at least.’ The language of ‘at least’ proceeds from the premise that things used to be very bad in the past but at least the overall situation is better today.

For long, the rulers and their followers told us that at least we can now sleep because, apparently, we didn’t sleep in the past due to widespread insecurity. More recently, Kampala Capital City Authority and its executive director, Ms Jennifer Musisi, have received unreserved praises for doing very little.

With our exceedingly-low standards and expectations, many believe that Kampala has been transformed: it’s now clean, has less potholes, less garbage, etc. But this little city remains a big joke for a modern city, even by our generally-low African standards.

Driving around Kampala in the night, the disconcerting feeling due to the absence of street lighting in most parts of the city is compounded by the utterly outrageous dim lighting you find in those few places where street-lighting has been attempted. Arguably our most important road, to the country’s only international airport, remains a big joke: few and scattered, dim street-lighting in a few places but total darkness for the most part.

The overall road infrastructure in and around Kampala is appalling, and there hasn’t been the slightest attempt to overhaul and transform it. The chaos that is Kampala’s public transport has been getting worse every passing year. There is little if any attempt to rethink public transportation and offer a comprehensive solution befitting of a modern city.

Unplanned and haphazard physical developments around the city make Kampala and its environs nothing more than a big slum. The World Bank recently said as much. The authorities have done very little to impose a stringent but reasonable and sustainable order to turn around the city.

If there is little to write home about the national capital, and if the roads in the city are anything but impressive, the situation is worse in the countryside. The road to my village in Bubulo has been the same or worse in its dry-weather state, ever. The lone regional referral hospital in Mbale has been in a pathetic state, dilapidated, and offering little as a referral hospital. The impoverishment I grew up seeing in my village decades ago is precisely what I see whenever I visit today.

Politically, the autocratic rule of General Museveni has steadily but impressively made a mockery of the basic tenets of democracy and a free, progressive society. The politics of patronage, the militarism, nepotism in public offices, and the treatment of legitimate opposition as criminality are all conspicuous.
The logic of Uganda’s ‘right direction’ is simply bewildering!

The author is a PhD  candidate in Political Science at Northwestern University, Evanston/Chicago-USA.