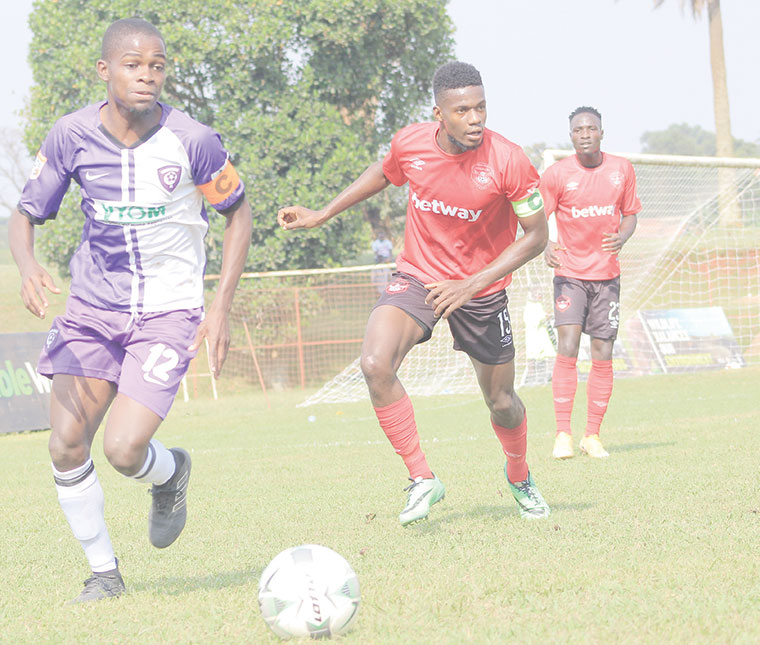 Recently, Mike Mutebi, the former KCCA FC coach, phoned an official at Wakiso Giants football club, to express his delight about the brand of football they were showcasing.

Mutebi had watched the Giants beat URA FC 2-1 and Gaddafi FC 2-0 live on StarTimes, a pay television. Mutebi told the Giants’ official, that they were playing his style of football, the quick pass and move brand, that he relishes. That used to be the preserve of Mutebi’s KCCA and Abdallah Mubiru’s Police FC.

By extension, so was the style espoused by Proline FC (Mujib Kasule and Shafik Bisaso) and Vipers SC while under the tutelage of Portuguese coach, Miguel Da Costa.

However, the expressive football is in such short supply today. In fact, if one feels nostalgic about what is classified as ‘sexy’ football, its home is the Kabaka Kyabaggu stadium in Wakiso.

Until last Friday, December 2, when Wakiso Giants lost to Bul FC 1-2 in Njeru, they were top of the log. They are now second on 21 points, one behind KCCA. But it was not an accident that for a few weeks, Wakiso Giants were atop the league, and proving the new kid on the block, upsetting the status-quo.

Well, it was because of their distinct style of play, that saw Wakiso Giants take URA, Gaddafi, SC Villa and Express FC to school, leading to inevitable losses for all those four.

Villa’s loss in their own backyard led to crowd trouble, after they were subjected to a mere 1-2 defeat. Yet, in fairness, they should have lost by a canter. Vipers, on the other hand, survived by the skin of their teeth, escaping with a 1-1 scoreline, although the players there admitted that coping with Wakiso’s quick ball movement is not easy.

Incidentally, Wakiso’s identity is something that has only been instilled during the last four months by their new coach, John Luyinda, a young tactician in his 30s. Luyinda’s football career was non-descript, but he still found a way of playing for Villa between 2006 and 2007.

Luyinda also had a brief stint at KCCA. He was a lanky defender, but not the strongest, and rarely first choice. That, in many ways, compelled him to get into coaching early, where he is now proving to be a catch.

Quiet and reserved, Luyinda still remains a warm individual once approached. One key aspect about him, is that he is unassuming. But he is a student of purist football, and his touch can already be seen on his new team. Between 2018 and 2022, he was Mubiru’s understudy at Police.

He left, after the team was relegated last season. Before then, he worked under Mutebi at KCCA. Luyinda’s Wakiso has lost twice, but won six in 11 games this season. Yet, they continue to defy odds; running rings around opponents with devastating effect. They have a small squad, though.

But one with such brilliant and technically gifted players. Midfielder Ibrahim Kasule is such a joy to watch especially the manner in which he unlocks defences. He has four assists, and four goals coming in the games against Vipers, KCCA, Express and Villa. Kasule is an easy pick for player of the season so far.

Yet, his is supported by a cast of other tantalizing players: Hassan Ssenyonjo, Titus Sematimba, Moses Aliro and Lawrence Bukenya, who are fantastic ball users. They dribble, dislodge defences, create chances and score goals too.

Former Cranes captain Ibrahim Sekagya, who has been in the country recently, said that in the league, Wakiso Giants impressed him most. It may be too early to consider the Purple Sharks, as Wakiso Giants are known, title contenders. But what is not in doubt, is that they play the most entertaining football in the Uganda Premier League, which is exciting the hard-to-please Mutebi, of all people.