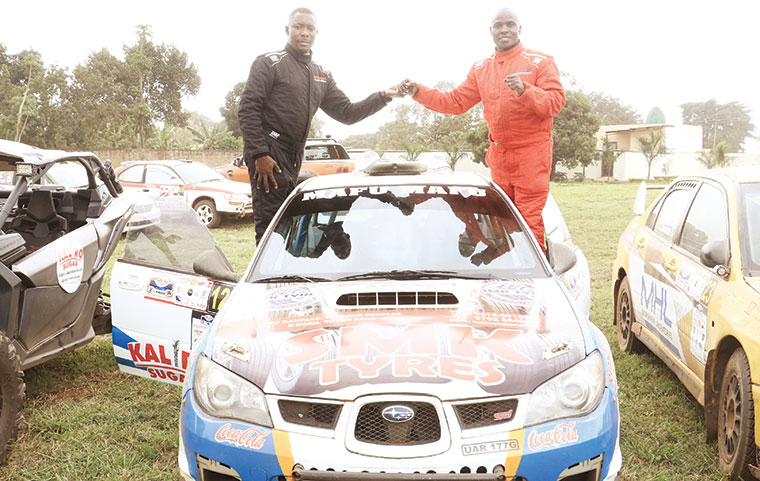 The fifth round of the National Rally Championship (NRC) heads to Masaka, where the Southern Motor Club (SMC) event will take centre stage.

This event will take place in the backyard of NRC leader Ponsiano Lwakataka on whom the focus is expected to be, as he closes in on the championship.

Lwakataka leads the NRC with 262 points. But with Umar Dauda, winner of the Fort Portal rally a few weeks ago, on 178 points, Lwakataka cannot afford to slip so far if his lead is to remain intact. Lwakataka did not finish in Fort Portal, after his Subaru Impreza N12B blew the engine.

Essentially, he did not register any points. Therefore, any such situation occurring again, could give Dauda, who drives a Mitsubishi Evo 6, the advantage of closing in, or even taking the lead in the NRC. But it must be noted, that because Dauda drives an “S” group classified car, it is subjected to a five per cent points deduction.

For example, if Dauda were to win the rally, he would score 95 of the 100 points that go to the winner. The full points are given to those drivers, who drive the “N” group classified cars like those driven by Lwakataka.

Others like Jas Mangat, Ronald Ssebuguzi and Duncan ‘Kikankane’ Mubiru also drive “N” group classified cars. There is a big possibility that all of them could compete in the rally this weekend, which ultimately would make this NRC round a lot more competitive.

Mangat is a two-time NRC champion, 2012 and 2013. But has not been active on the local scene, because of work and family commitments. Ssebuguzi has not scored any points this campaign, following mechanical problems with his cars. He started out driving the Mitsubishi Evo X, but shifted to the Ford Siesta Proto during the rally in Fort Portal.

He rues the setbacks he has had thus far last won the NRC in 2014. Before that, he had won the 2006 and 2009 championships. It is coming to a decade since Ssebuguzi won. Worse still, he said he was not sure he would drive this weekend either. His absence would rob the fans of the thrill he brings.