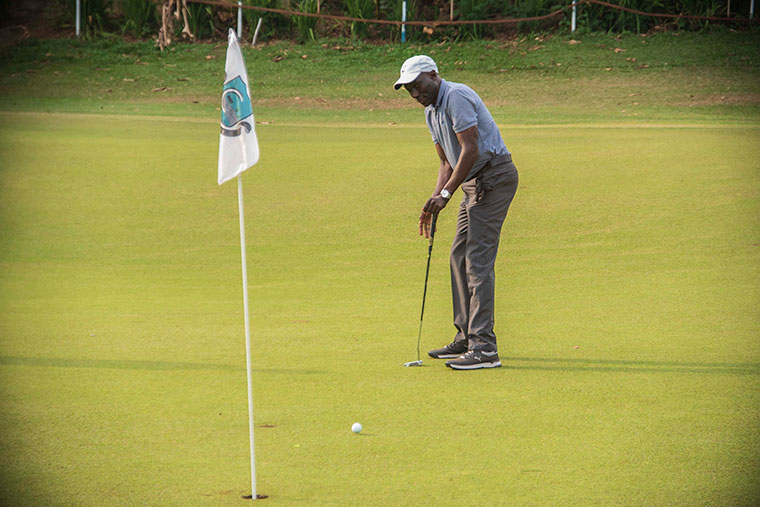 Whoever designed the annual Singleton Match Play Challenge ought to be knighted.

Last Saturday (January 22)’s qualifiers for Season Six of the highly-popular event was another reminder of why the competition, that is played at the par-71 Entebbe Golf Club, remains a stand-out competition on the Uganda Golf Union calendar.

As always, there was first-class organisation, a massive turnout of golfers from all clubs, good and bad scores which is a given in the game anyway, and most importantly a boisterous 19th hole that lived up to its lofty heights under the dress code theme of ‘Las Vegas.’

The cut-off aggregate net total was at 152. The lowest net was played by the pair of Sean Kinsella/Dejan Stepanovic who returned brilliant scores 64 and 65 for a total of 129. The second-best pairing was the two Kagombes Edrea/Charles who played 69 and 64 for a total of 133.

The Las Vegas 19th hole was electrified by Lilian Mbabazi and the Sundowners band, with Patrick Idringi aka Salvado throwing golfers in bouts of laughter as the event MC.