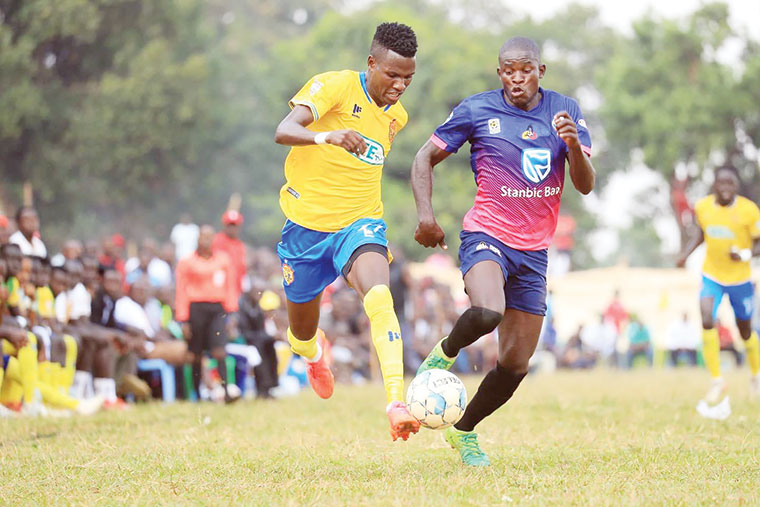 The Red Eagles will be up against Makindye-based fourth division side, PCCP. Express, who were knocked out of this tournament at the semi-final stage 1-0 last season by Bul FC, have not won it since 2007.

Against that background, the Express coach Wasswa Bbosa feels the wait for another Uganda Cup is long overdue and, therefore, expects his charges to ride on that hunger.

However, Bbosa intends to use a number of his fringe players to kick-start Express’ onslaught on the Uganda Cup against PCCP.

Bbosa said: “We are missing some important players through injury like Godfrey Lwesibawa, Murushid Jjuuko and Arthur Kiggundu. But also, striker Eric Kambale is away trying to complete a move to a foreign side.”

Based on that, Bbosa intends to use Kambale’s understudies, Raymond Walugembe and Mustafa Kiragga. On their part, scoring a few goals will only do so much to harness Bbosa’s faith in them. But at the same time, set a re-assurance that they can fill the shoes left behind by Kambale, who scored 15 league goals and two in the Uganda Cup last season.

This season, Kambale remains Express’ top scorer in the league with six goals, three more than his strike partner George Ssenkaaba, after the first round. There is no doubt in Bbosa’s mind that Kambale will be difficult to replace.

The onus is on Walugembe and Kiragga to defy the odds. In addition, Bbosa said the clash against PCCP comes at such a good time for deputy captain Abel Eturude. His industry and imagination have been missed in midfield.

Yet, Eturude cannot be pushed so much. Otherwise, he could easily exert his body so much, which could make the injuries he has been suffering, recur. So, Bbosa said that other fringe midfielders like the enterprising Ivan Mayanja, winger Faizal Ssekyanzi and Enock Ssebaggala have a chance to state their claim in this round-of-64 clash.

Meanwhile, the games between Super Eagles and SC Villa, and Kigezi Home Boys and Vipers SC did not take place as scheduled, because a number of their players are away with The Cranes.

It is believed they will be re-arranged by Fufa. But other favourites, KCCA FC, beat Busia United 2-1 while URA FC travelled to Yumbe and dispatched Total FC 4-1, and thus await the round-of-32 draw.