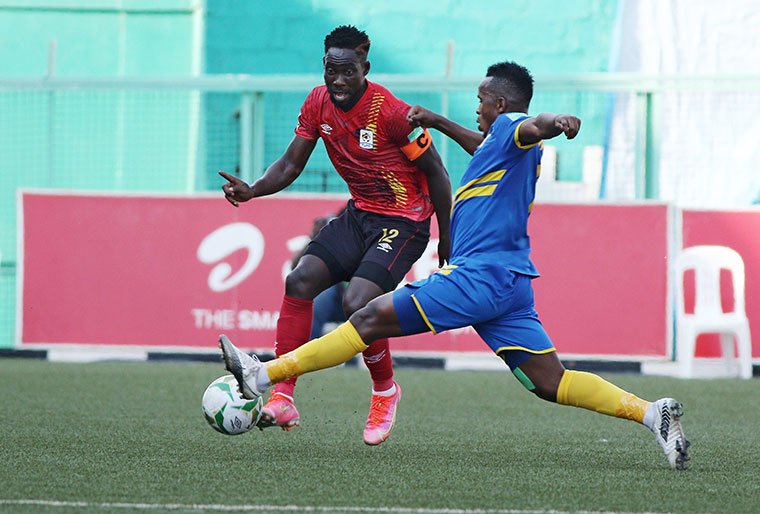 There are not championships in the case of Uganda Cranes but there is qualification to the 2022 World Cup in Qatar to be earned and so far, the national team’s case has ensured that coach Micho Sredojevic’s charges remain in contention to reach the playoff  place at football’s biggest showpiece.

It is now 360 minutes of clean sheets in Group E where Uganda sit second on the table, two points behind Mali. Cranes have now played Mali at home, Kenya away and Rwanda home and away without letting in a goal.

And because of the team’s organisational discipline at the rear guard, the country has eight points in a qualifiers despite scoring only two goals in the campaign. The mainstays in the defence have been Enoch Walusimbi, Isaac Muleme and Denis Iguma who have ably cleared their lines well and built an understanding in front of goalkeeper Charles Lukwago.

Centre half Walusimbi, who started the qualifiers on the bench at Nyayo stadium against Kenya but got his chance when Halid Lwalilwa suffered injury, has grown in confidence and looks to have sewn up the spot alongside Timothy Awany.

Yet even without Awany, there is a plethora of options with Murushid Juuko, an established and proven central defender. Livingstone Mulondo, a defender with Vipers, didn’t look shabby either when he came on for Awany in Sunday’s 1-0 victory over Rwanda.

Goalkeepers Ismail Watenga and in particular Lukwago have shown that the Cranes have depth in strength in the goalkeeping department and the transition from the great Denis Onyango has been smooth. Of course, it would be improper to disregard the contribution of coaches Micho and his assistant Moses Basena, who are famed for their safety-first tactical approaches.

It goes some way in explaining why Uganda Cranes hardly concedes but likewise struggles to score. Yet it mustn’t be forgotten that this is a campaign where qualification to the World Cup is an afterthought; the campaign is intended to manage a smooth transition from the old guard to a team of younger players whose better years are ahead of them.

Of the team that was summoned for the Rwanda double-header, only four had been part of the team that represented the country at the 2017 Africa Cup of Nations in Gabon.

Those are Yunus Sentamu, Khalid Aucho, Denis Iguma and Timothy Awany. But now young players like Aziz Kayondo, Walusimbi, Bobosi Byaruhanga, Steven Mukwala, Mustapha Kizza and Ibrahim Orit have enjoyed some decent minutes of competitive continental football and are growing into their element.

Of course the team’s play in several moments over the four qualifiers has at times appeared disjointed, but that is expected of any side undergoing a rebuilding process.

The task demanded of Micho, according to federation sources, was to manage a transition but retain a competitive streak and edge in the team in these qualifiers. It is safe to say that the Serbian has not failed in executing that mission thus far.

He has also cracked the whip by dropping his underperforming skipper Emmanuel Okwi, who laboured in games against Kenya and Mali. His replacement Fahad Bayo has scored Uganda’s only goals in Group E and looks to have nailed a starting role for the remaining two games, at home to Kenya and away to Mali.

Should Uganda win both matches, Cranes will be only 180 minutes away from reaching the first-ever World Cup appearance. For all the remaining qualifiers, it is the defence ultimately that will determine whether or not the seemingly impossible dream happens.

2. Uganda has a history of missing out by one (1) penalty, goal, point or game. Poor planning and logistics are to blame, but they have improved. It was FUFAls planning that qualified UG to AFCON not Micho as often reported, though he played a part.

FUFA's poor planning led to the Crane's failure to qualify for the next AFCON and the current rebuilding during crucial World Cup qualifiers. Hopefully, FUFA learn their lessons.

BTW, an attacking Algeria have won tournaments and are 8 games away from a World record streak.


3,. The Crane's D was not that good against Rwanda. Mali would have punished them.