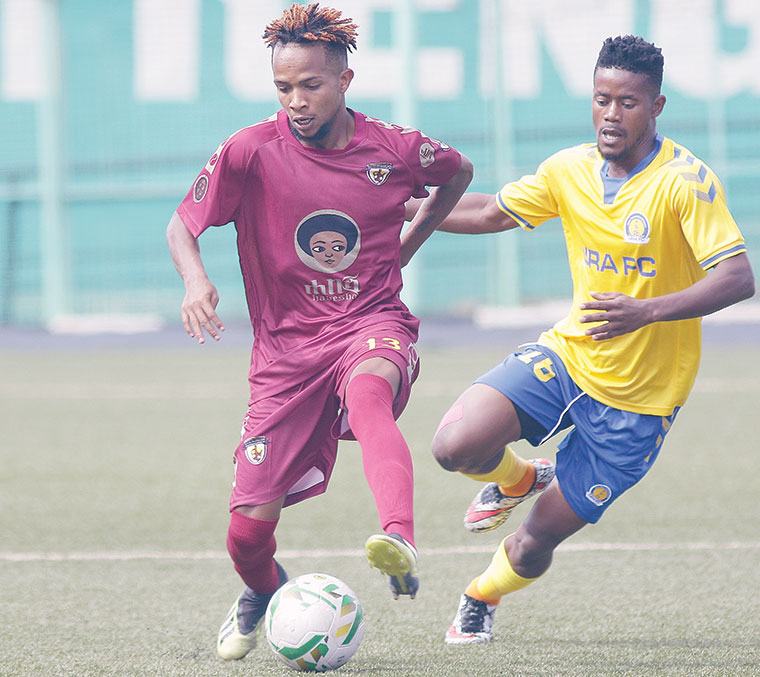 The mathematics is simple for Express and URA this weekend. Avoid defeat and both sides will be through. It is simple and straightforward.

Yet history does show that carrying a 2-1 home advantage from the first leg can be a poisoned chalice many a time. It is why both Express and URA are sitting on a knife-edge ahead of their return leg showdowns in the Caf Champions League and Confederation Cup qualifiers respectively.

Express will require a mature, calm and disciplined approach to secure the result they need to advance. In the first leg at St Mary’s Kitende where goals from Eric Kambale and Martin Kizza gave them a 2-1 victory, the Red Eagles were let down by Murushid Juuko’s moment of madness that allowed Al Merreikh to score a vital away goal.

It has been a nightmarish period for Juuko who was also sent off at the same ground when Uganda Cranes drew 0-0 with Mali the other week.

Juuko is among the most experienced players on the Express team and his vast knowledge and understanding of pressure situations will be crucial in an away atmosphere when the Red Eagles must weather the storm in the early exchanges and avoid going down early.

Al Merreikh are a team established at this level and they will employ every trick in the book to their ad- vantage. It is why the Express bench, where James Odoch has taken the lead with coach Wasswa Bbosa lacking the appropriate license for the touchline of Caf games, must call for cool nerves and focussed minds in Khartoum.

It will be more important for Express to avoid conceding early than attempting to breach Al Merreikh right from kick-off. Such are the dynamics of home and away football that the longer the game goes on, the more the home side will be inclined to throw caution to the wind in search for the goal they need to advance.

Like Express, URA must manage their temperament in Ethiopia to advance. The Revenue boys played a dominant opening half on Sunday before allowing Coffee’s slippery forward William Tesfay to dance through and fire past Nafian Alionzi at the far post.

Steven Desse Mukwala’s two opportunistic strikes handed URA the victory but the tie is far from over. Coffee were comfortable on the ball and after watching URA squander chances for a 3-1 first leg advantage, they will be confident of overturning that small deficit in Ethiopia.

The URA-Coffee winner will play Egyptian side Al-Masry in the next round of the Confederation Cup.