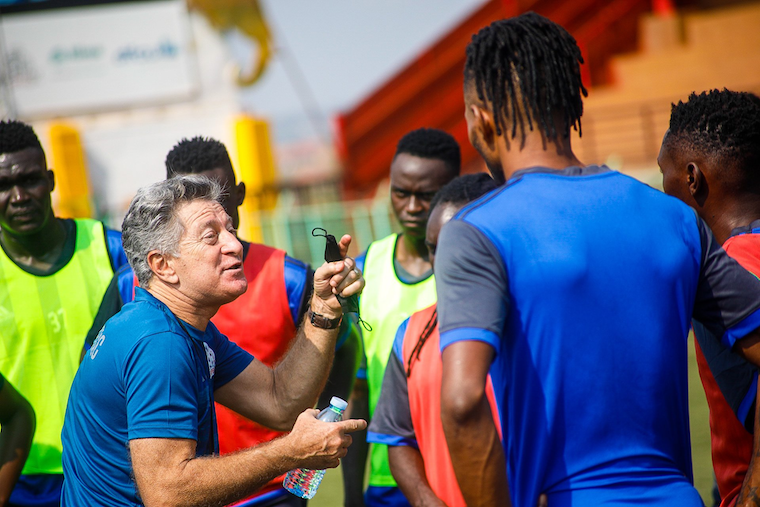 The Stanbic Uganda Cup returns to the football menu, when the semi-finals will be played on September 21 and 22 at the Fufa technical centre in Njeru.

Vipers SC, the 2016 winners, take on Police FC, while Express FC, the 10-time winners wholastwonitin2007, tussle it out with Bul FC.

However, the highlight of the clashes is expected to be Vipers’ new Brazilian coach Roberto Oliveira. As he makes his competitive bow in Ugandan football, so much focus will be on what kind of impact Oliveira is likely to have.

Oliveira has been telling his players at training since his unveiling in August, that he wants them to play beautiful football. Good ball possession and passing from back to front, is a tactical aspect that Oliveira has been emphasizing during his training sessions.

Although the time Oliveira has been able to work with his players may not be ample, he remains confident that with the players at his disposal, Vipers can do well.

Vipers will count on Yunus Ssentamu, the 2020/21 Uganda Premier League top-scorer with 16 goals, and Karim Watambala, David Bagoole and Paul Mucureezi, as inspiration to push for the Uganda Cup trophy.

In fact, the absence of striker Muhammad Shaban, who was let go of recently because of indiscipline, is unlikely to upset the squad in any way.

Yet, Abdallah Mubiru’s Cops, who knocked out Wakiso Giants in the quarter-finals, still pose a big threat. With strikers Mululi Mayanja and Johnson Odong looking sharp, before the premature end of last season, backed by a midfield manned by former Cranes star, Tonny Mawejje and Yusuf Ssozi, this one-off fixture is expected to be tantalizing, but also evenly poised.