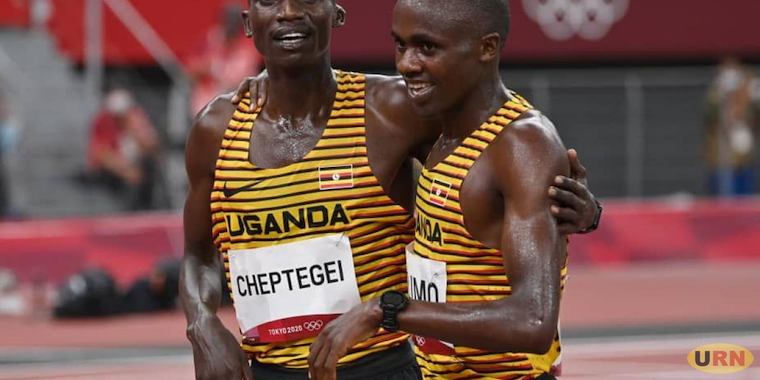 Uganda’s long-distance runners Joshua Cheptegei, Jacob Kiplimo and Oscar Chelimo have qualified for the finals of the 5,000m race. The trio finished in the first five positions in their respective heats in round one on Tuesday.

The three will now take part in the finals on Friday, August 6. Chelimo was the first to secure his spot after finishing fourth in heat one posting 13:39.07 behind Kenya’s Nicholas Kipkorir Kimeli who won the race in 13:38.87.

Canada’s Mohammed Ahmed came second in 13:38.96. Chelimo who looked calm in the entire race started at a slow pace but increased his pace in the last two laps out sprinting other athletes to finish third.

Kiplimo finished fourth in heat two posting 13.30.40 above his counterpart Cheptegei who is the world record holder of the 5000m. Cheptegei posted 13:30:61 to finish fifth and qualify for the finals.

World record holder Cheptegei spent most of the time leading the race, however, he was outsprinted by Spain’s Mohamed Katir who won the race in 13:30.10, USA’s Paul Chelimo came second in 13.30.15 while Justin Knight from Canada finished third in 13.30.22.

Last week, Cheptegei and Kiplimo secured Uganda’s first medals in the ongoing Tokyo 2020 Olympics when they won Silver and Bronze respectively in 10,000m.