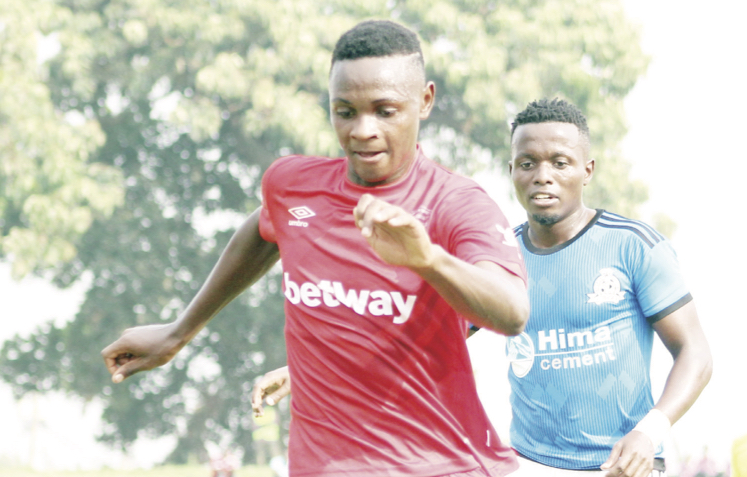 A few seasons ago, Express were on the brink of disaster. Relegation beckoned at a time when management of the club was a fine mess. Then, the Red Eagles had become a laughing stock of their rivals KCCA and SC Villa.

That was in May 2018 when Express avoided the drop after beating Masavu 1-0 on the final day of the season thanks to Alfred Leku’s goal. That victory was celebrated like a Championship-winning triumph.

Three years later, the club today have the double firmly in their sights. They are four games away from being crowned Uganda Premier League champions and in the Stanbic Uganda Cup, Wasswa Bbosa’s boys are three games away from potentially becoming Ssalongos (League and Cup double winners).

For a man who is a twin (mulongo), becoming an unlikely Salongo with his boyhood club Express would rank up there with Bosses’ greatest accomplishments in the game. But regardless of how the season concludes Express could still win only one trophy or nothing, such is the closeness of the titles they are chasing, the club have had a very good season.

And no one deserves more credit than Bbosa. A few years ago, he alienated himself from some Express faithful when he was appointed coach of bitter rivals SC Villa.

Fans sometimes do forget that coaching is a job for which one is paid. It doesn’t necessarily mean a coach’s sentiments must determine his employers.

Bbosa was always an Express fan and when Ben Immanuel Misagga appointed him at SC Villa, he was looking at a man who could finally make the Jogoos return to winning ways. Bbosa’s recruitment in the pre-season was very shrewd and well-thoughtout. He opted for players who understand him and he understands them.

Bbosa’s teams often possess an intense work ethic and Express have been precisely that all season. The addition of former national team rugby player Helen Buteme has immensely improved the conditioning of the club’s players. Today, the club are revered for their intense fitness levels through matches, a clear sign that Buteme's addition has been a masterstroke

The club chairman Kiryowa Kiwanuka, who took over the season after the team survived relegation, has ensured the club are well facilitated. Players are, meanwhile, paid promptly thanks in part to the sponsorship with Betway and the camp has generally been a happy, buoyant one.

The role of CEO Isaac Mwesigwa can’t be understated either. Having worked as a player’s agent prior, Mwesigwa has been around the game for a while and has directed his know- how into building a healthy working relationship with Bbosa to great effect.

Of course, none of the aforementioned would matter without Eric Kambale, who returned to the club this season, plundering goals. Not far away from Kambale has Murushid Juuko, who has cleared the lines well and formed the bedrock of the team’s impressive rear-guard.

Express today are a club on the rise. The league table doesn’t lie. The Uganda Cup semi-final spot is further testament to the wave of optimism and huge verve at Wankulukuku.