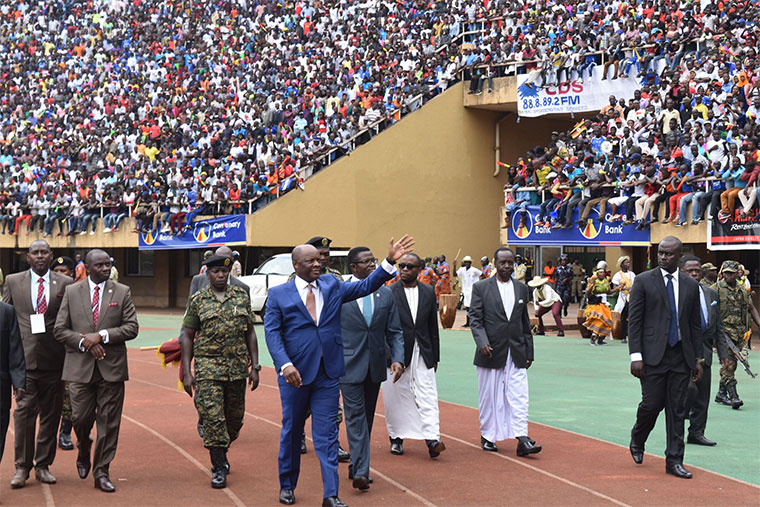 Fidel Castro once said that if surviving assassination at- tempts were an Olympic sport, he would win the gold medal.

In that regard, survival of my good friend Gen Katumba Wamala after last week’s attempt on his life is a gold medal in itself. Just like the biblical Jonah who was swallowed and later spat out by a large fish, Gen Katumba passed a test very few before him have managed.

So, as he reflects on his second life and career, I pray he tones down on the strenuous aspects of life and instead appreciate the joy expressed through football. I say so because Gen Katumba has a long history in football, particularly at Express FC where is one of the revered figures.

Away from the unfortunate events, I had already set out to expose the gulf between football in the eight football regions and the respective leaderships.

Whereas it is well-known the sport is run by a few henchmen at Fufa headquarters who closed the door from anyone to challenge them, the current composition of regional leaderships also exposes how they are detached from the game at grassroots level.

Take Buganda region, for example, whose composition is supposed to be integral in the promotion of the sport in the country.
To the contrary, the region has only one team in the top-flight, Kyetume FC, which is unfortunately on the brink of going down from the Uganda Premier League.

Gone are the days when the region used to be the nucleus of football through teams like Buikwe Red Stars, Kira Young FC, Lyantonde FC, Lweza FC and Lugazi FC, among others. Unfortunately, these so-called regional chairmen have done nothing to help revive those clubs since representatives from the region are more engrossed in football politics and picking piecemeals.

Andrew Kaweesi, the regional chairman, hails from Buikwe but there is no football team in any competitive league from the area. This business of people earning from football should change to people investing in it. Not long ago, Buganda region used to produce the bulk of clubs in the top-flight. Teams such as KB Lions , Soana, Entebbe FC, Masaka LC, Lugazi FC, etc.

The leadership has never even met teams to find out how they can be helped; instead, they rush to Mengo to show loyalty to Magogo the convict.

The same applies to the western region where Mbarara City FC is their only flagbearer in the UPL. Even then, the delegates there have nothing to do with Mbarara’s sustenance and have instead on many occasions fought Mwine Mpaka who bankrolls the club. Many of those delegates have also played a part to see that my Nyamitybora is erased from the football map.

Joseph Akandwanaho recently got a call-up to the national team and is now the toast of western region but these very delegates from the region forget we groomed him from Nyamityobora before he joined Bright Stars. The eastern region isn’t any better because it has presided over the crumbling of football in the region.

The likes of Mbale Heroes, CRO, Gangama, Iganga FC, Bugiri FC, Nile FC, Nytil FC and most recently Busoga United, used to be the pride of eastern Uganda. Instead, the region is only left with Bidco (BUL) FC, of which they have no input.

I can go on and on about other regions but what is clear here is that football is concentrated in Kampala and this gulf of class keeps widening by the season. Already, it is clear the UPL would be a Kam- pala affair if it wasn’t for the allocation of slots to regional teams but, as we have seen with Onduparaka FC, they cannot sustainably compete with Kampala clubs.

This, in all, is a damning indictment on the state of football, which can only be addressed through a change of guard at the top.
That may seem farfetched but it is achievable with the right team.

The author is Nyamityobora FC president