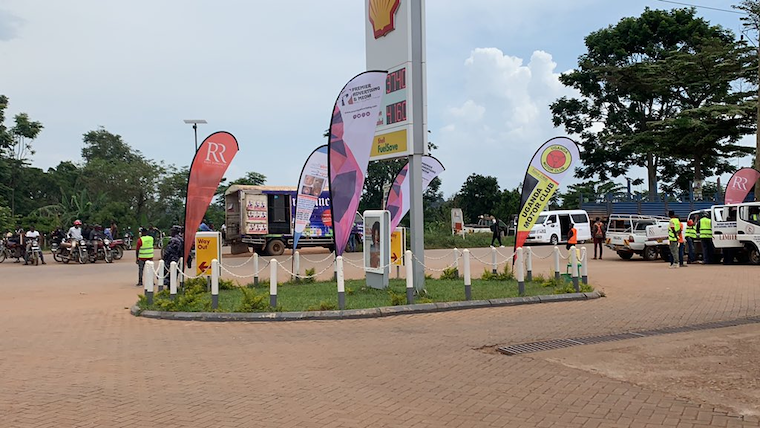 Local motorsport ruling body, FMU has joined other stakeholders to support the UN Global Road Safety Campaign under the theme, ‘Streets For Life.’

The Federation of Motorsports Clubs of Uganda (FMU) rallied its officials and rally drivers to speak up on road safety in an advocacy campaign for the observance of 30km per hour on urban roads in a bid to reduce road traffic crashes in cities and towns.

The campaign, supported by the motorsport international mother body, FIA, is mainly an advocacy drive that has included activities of stakeholder engagements with Uganda Police and ministry of Works and Transport as key policy and enforcement bodies, public transporters and schools leadership to adopt a road safety attitude and culture.

Road safety situation in Uganda has deteriorated rapidly over the last few years, mainly due to a number of reasons, which include growing vehicle population, the lack of appropriate road safety interventions, poor driver training, apathy of road users towards traffic regulations, and weak enforcement of laws and regulations, among others.

A 2018 UN Road Performance Review revealed that on average, Uganda loses 10 people per day in road traffic crashes, which is the highest level in East Africa.

The responsibility of reducing these road accidents lies on every road user. FMU contends that if motorists observe road signage, respect other road users especially pedestrians and school-going children, enforcement of regulations and apprehending offenders and government coming up with effective interventions, Uganda would go a long way towards stabilizing and reducing the forecast level of road fatalities. FMU president Dipu Ruparelia embraced the road safety.

He said: “Our drivers and riders are role models and many of their fans want to emulate what their stars do during rallies, yet rally cars are driven in controlled environments with instruments of speed lifting from the ministry of Works and Transport having satisfied themselves that all safety measures have been put in place.

“Such is not the same when on public roads and it is FMU’s responsibility to speak to all motorsport fans and road users to observe discipline on roads.”