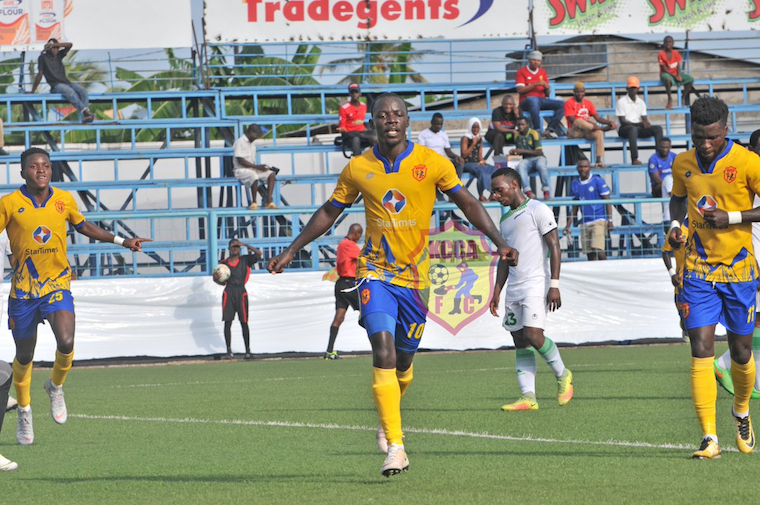 KCCA FC manager Morley Byekwaso has always insisted that the chase for the Uganda Premier League (UPL) title is a marathon. And although his team are 10 points behind the leaders URA FC, he is not about to throw in the towel.

In their last league tie, KCCA lost to Bright Stars 0-2 at home in Lugogo on Thursday, April 29. Now KCCA host archrivals Vipers on Sunday May 9 in what is arguably a make-or-break tie for the 13-time champions. Following KCCA’s 2-0 win over Big League side Maroons FC in the round of 16 Stanbic Uganda Cup first leg on Sunday May 2 in Luzira, Byekwaso felt rather upbeat.

Byekwaso said: “When you are coming off a loss like the one against Bright Stars, you want to see a reaction from your team. And we showed that against Maroons. Hopefully, we can finish the job in the second leg. That will boost our confidence going into our next game.”

And that next game is against Vipers, who are just one point behind the league leaders on 46. In the first round, KCCA lost to Vipers 0-1 in Kitende. Yet, considering that KCCA are on 37 points, a loss to Vipers would potentially mean going 13 points behind the log leaders.

It would be unfathomable that they would be able to bounce back with eight games left in the season by then. Byekwaso said his players need to start showing character, and there is no better team to test it against than Vipers, the four-time league champions, whose last win against KCCA in Lugogo was in 2017.