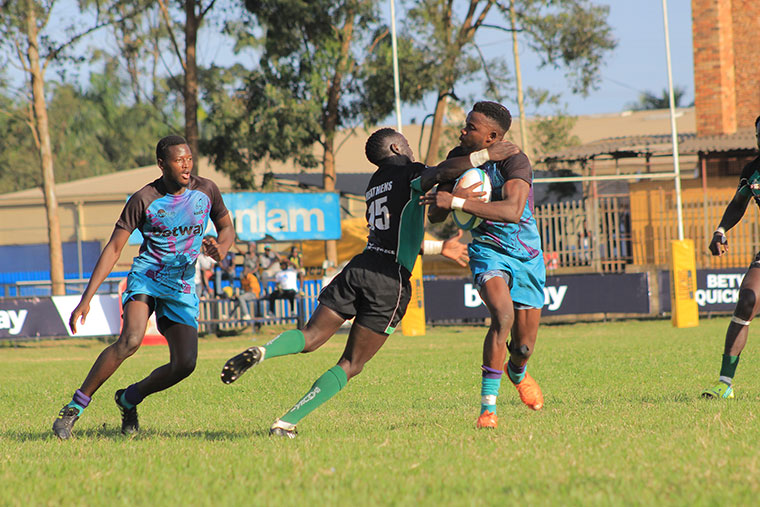 The 2021 Nile Special Stout Rugby Premiership winds up this weekend with Betway Kobs, Stanbic Pirates and the Hima Heathens all in with a shout for the league title.

Unlike Heathens, who are third on the 10-team log, Kobs and Pirates, who are first and second respectively have the destiny of the championship in their hands. For Kobs and Pirates, it is more a case of winner takes it all, although therein lies a number of other permutations; the kind that could come into play in deciding who emerges as league winners.

Kobs and Pirates meet at Legends rugby club this Saturday, May 8 in what will be a crunch fixture. Having not won the league since 2016, the Kobs will be the team under pressure, particularly because of the position they occupy.

In addition, they are favourites, which comes with the consideration, that it is Kobs’ title to lose, than it is for Pirates, who are mere chasers. Any positive outcome for Pirates would be a huge bonus.

But not many would count on them winning ultimately; the possibility of which would be a big surprise. But it is that nothing to lose attitude Pirates have now, which could turn out to be Kobs’ biggest problem, considering where the pressure is more heavily tilted.

For example, in March 2019, Kobs faced Pirates in what was a title clincher had the former won. On the other hand, for Pirates, it was simply an academic tie; a dead rubber.

Whatever the result would be, did not impact much on Pirates’ fortunes, other than pride alone. And pride won, as Pirates ran out 40-18 winners. This result got the league title out of Kobs’ hands into those of Heathens. The Heathens are the record league winners with 15 titles while Kobs has 13 titles, making them keen to close that gap, only if they can beat Pirates this weekend.

After Kobs’ 91-0 win over the Impis, they have 38 points while Pirates’ 33-11 win over Jinja Hippos placed them on 35 points and Heathens have 34 points, following their 43-9 win over Entebbe Mongers last weekend. Going into match-day nine, the final fixture date, Kobs will only need a victory over Pirates to be champions.

A win would take Kobs to 42 points. Otherwise, a Pirates win would place them on 39 points. Yet, that would not be enough to guarantee Pirates the title, unless they beat Kobs by a points difference exceeding seven. Anything less would mean that Kobs get a bonus point despite the loss.

That would place Kobs on 39 points, and with a higher score difference, Kobs would be champions. In that case, Pirates would have to score at least four tries in any victory, to have the benefit of securing a winning bonus point. This would place Pirates on 40 points, one ahead of Kobs. In this case, even if Kobs got a bonus point in the loss, they would not be able to deny Pirates the championship.

Meanwhile, although Heathens are third on the log, they still have hope of gate-crashing the title. Heathens should beat Rhinos with a bonus point, which should leave them on 39 points. In the event that Pirates beat Kobs, but do not get a bonus point, all three teams will be level on 39 points.

And since the title cannot be shared, the difference between points for and against will be considered to determine the winner. In this case, Kobs, who have a 340 difference against Pirates’ 219 and Hetahens’ 220, are unassailable.