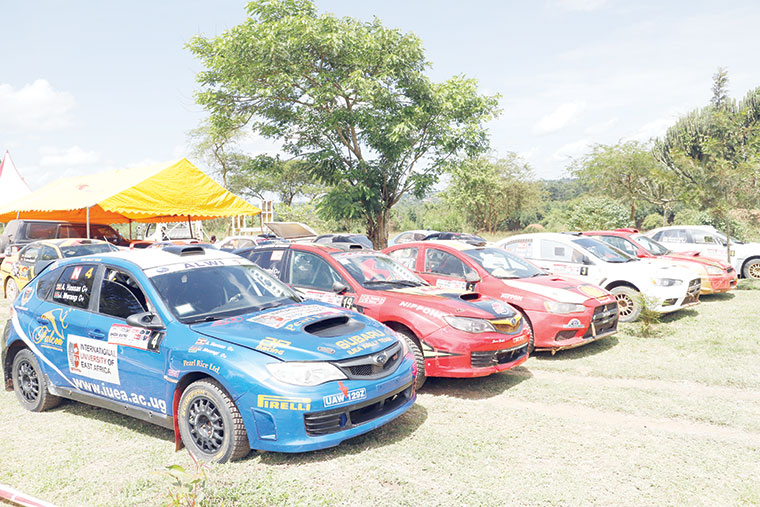 Motorsport officials in the country are elated after successfully staging the Southern Motor Club (SMC)-organized Bwera Bristo Challenge Rally, the first competitive event in over thirteen months following a government ban on sports activities to curtail the spread of Covid-19.

To the rally fraternity, this was an ‘abnormal’ event, with organisers under strict instructions not to allow any fans into the sections as per the ministry of Health recommended standard operating procedures (SOPs). But with maximum cooperation from the Federation of Motorsports Clubs of Uganda (FMU) and the driver crews, SMC officials are excited that they held an incident-free rally.

“It’s been long overdue but feels good to get back to competitive rallying. I’m very happy we have hosted this event for the first time in Sembabule and we’ll bid to host the Pearl of Africa Rally,” Godfrey ‘Sodo’ Aine, one of the drivers and event sponsors, stated.

Aine, who is a brother of President Museveni, is an active political leader in Sembabule. He has over the years transformed from being a rally fan to a competitor and sponsor. Last weekend, he was among the top-10 finishers in the SMC Rally. He powered his Mitsubishi Lancer Evolution IX to a respectable nineth position in one hour 48 minutes 52 seconds.

Motorsport officials in the region are optimistic that Aine’s influence off the track and the success in hosting the SMC Rally could come in handy in making their case for taking the Pearl of Africa Rally to Sembabule. The annual Pearl of Africa Rally is a prestigious local calendar event, which attracts top drivers from Africa, is scheduled for August. It scores championship points for both local (NRC) and Africa (ARC) title races.

If Sembabule gets the nod to host the Pearl Rally, it will be the first time the event is staged out of central Uganda. On previous occasions, the rally has been in Luweero, Wakiso, Mityana, Lugazi (Mukono) and Kayunga districts.

This NRC title race is a continuation of the 2020 season, which was suspended after Covid-19 pandemic broke out in March last year. Only two rallies (Mbarara and Jinja) had been staged then.  The next event on calendar is the Fort Portal rally set for June.

Commenting on the organization of the SMC Rally, FMU spokesman Frank Serugo said: “It was by-and-large a successful rally held under a scientific arrangement of the new normal. We expect other clubs to learn as much from SMC.”