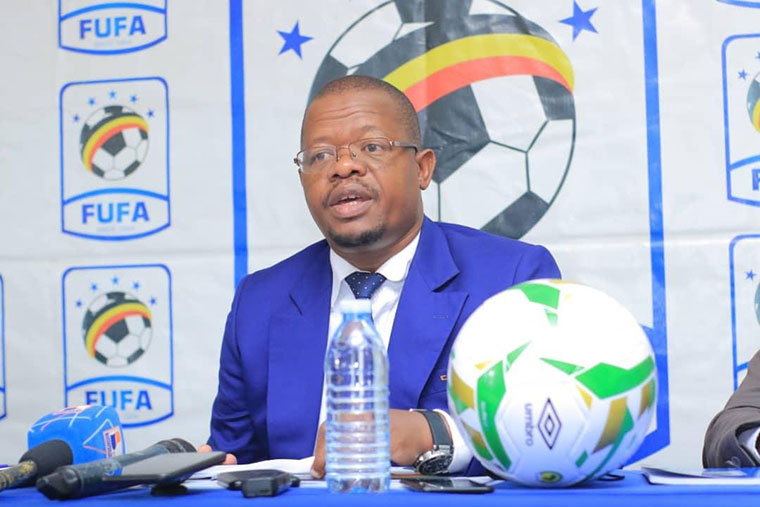 Last week, a series of unfortunate events have opened up the lid on the poor relations between Fufa and national team players.

It all started with an engagement between Fufa and journalists from which Moses Magogo, the Fufa president, recklessly imploded to lay bare the longstanding accusation of lack of accountability.

Magongo made headlines when he blasted people calling out the federation to pay arrears and bonuses of Uganda Cranes players that participated in recent tournaments such as Afcon qualifiers, Under-20 Caf tournament as well as the African Nations Championship (Chan).

He said Fufa has a good record of paying players under his leadership and wondered why anyone would question the federation’s integrity. Magogo, who was addressing journalists at Jevine hotel, was particularly incensed by Cranes players who featured in the Chan tournament. He wondered why they are demanding payment of arrears yet the posted what he termed as the worst performance in Cameroon.

He also wondered why some players are still making the Uganda Cranes squad and yet they have done ‘nothing’ in the team in the last five years. In fact, he said that if he was in charge of summoning players, many of them would have been dropped long time ago.

Responding to those who blame Uganda’s dismal failure to qualify for Afcon on leaving out Khalid Aucho in the do-or-die game against Malawi, Magogo took it personal and downplayed the midfielder’s contribution to the team. He blamed Aucho for having a poor game against Sudan where he got a red card.

A few days later, Fufa’s failure to pay Uganda Cranes arrears was amplified by former Cranes striker Mike Mutyaba, who walked the talk when he led a group of fans and former players to a peaceful demonstration at Fufa headquarters at Mengo.

Magogo was also attacked by Uganda Cranes goalkeeper Jamil Magoola who also supported Mutyaba to fight against Magogo’s dishonesty. In my view, Magogo’s outburst was uncalled for because he should have simply responded to his critics by providing a payment plan instead of being abusive to players who have made him and the country proud in recent years.

He should have known better that it is such arrogance that pushed Cranes players to strike in Egypt during the Afcon when they refused to go for training sessions before the federation pays them their allowances.

On the brutality meted out on Mutyaba, Fufa should not have repeated what it did a few years ago to former Cranes skipper George Ssimwogerere and Dan Walusimbi when they were arrested and remanded at Luzira.

Fufa is getting in a war which it cannot win and what Magogo and Fufa should do is to be accountable. This arrogance for claiming that the federation is only accountable to Fufa General Assembly should stop. Fufa is appropriating public funds; so, it is accountable to the Ugandan public and football stakeholders.

Magogo was frustrated at AFCON failure just before elections.

FUFA ignored basic qualification campaign preparation rules. They probably deferred to the coach but the coach they hired needed a strong & experienced FA.

For example, you need friendlies before a tournament, but too many friendlies or the wrong ones, can exhaust a team, among other things.

FUFA should have learned from the Gabon AFCON and avoided the CHAN debacle. A good coach would have prevented this.

No friendlies? No problem, find resourceful ways of evaluating players before you fly them in.

However, promising players money you don't have or even worse, you have, but refuse to pay them, undermines every other good deed.

BTW, Onyango's leadership off the pitch is suspect.