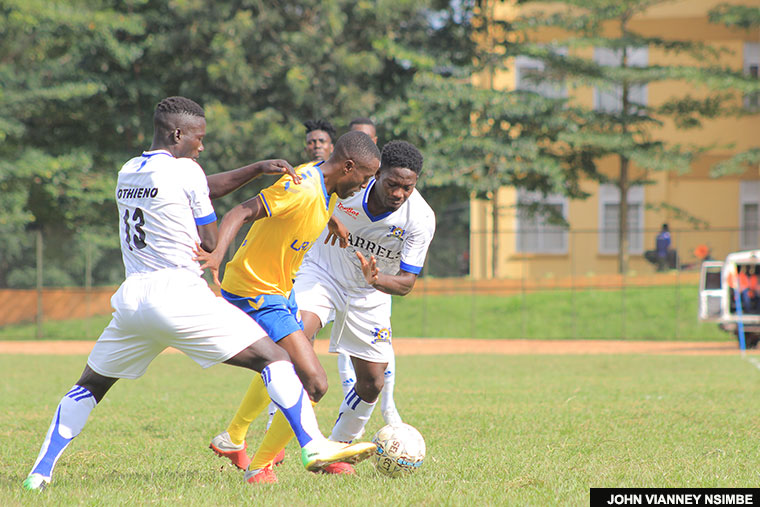 Following their first leg in Ndejje on Tuesday, April 6, that ended in a goalless draw, URA FC will be visiting the Kakyeka stadium today, to face Mbarara City FC in the second leg of their round of 32 Uganda Cup tie.

However, URA will be without key defenders Benjamin Nyakoojo and Ashraf Mandela, and striker Cromwell Rwothomio, all of whom are missing for different medical reasons. This makes their job of trying to go past Mbarara City even harder.

Nyakoojo has been one of URA’s most consistent performers this season, because of his tenacious defending, that has made it difficult for most forwards to have sight of their goal. And considering that Mbarara’s approach is expected to be one of directness and so many crosses into the penalty area, no one handles such situations so well, as Nyakoojo’s towering presence does.

In addition, full-back Mandela will be missing his second game in a row. His absence from the first leg was so conspicuous, because of how unproductive URA’s right-wing turned out to be. His usually intelligent interplay and crosses is what the strikers could have benefited from.

URA struggled so much to create chances against Mbarara in the first leg, something that frustrated coach Sam Ssimbwa. But the taxmen will feel that they have as good a chance of progressing to the round of 16. Any score draw will be enough for URA to advance to the next round.

That said, both URA and Mbarara City have not won a game against each other. All the seven games, including the one on Tuesday, have ended in draws. So, it will be a first seeing a winner in this clash. In other games on Friday, Vipers SC visit Jinja to take on Busoga United, whom they lead 3-0 after the first leg in Kitende on Monday.