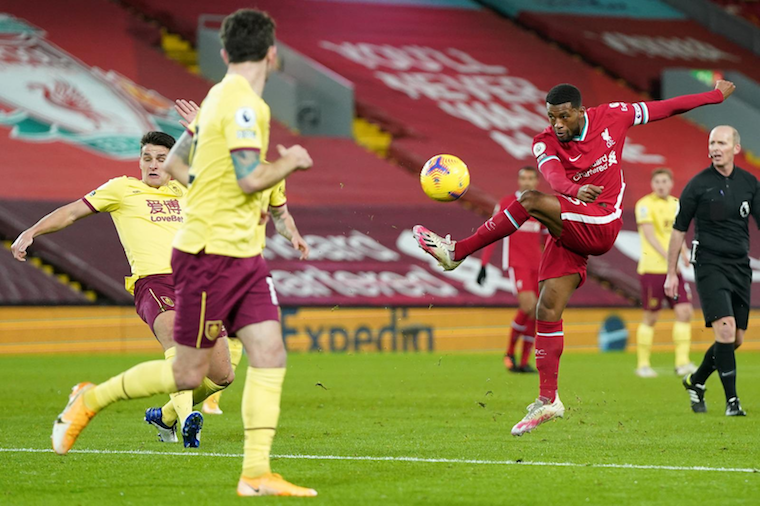 Liverpool finally lost at home for the first time in 68 games, when Burnley edged them 1-0 at Anfield last Thursday. And on Sunday, they fell 2-3 to Manchester United in the FA Cup fourth round, prompting the Locker-room junkies into debate on whether Jurgen Klopp’s side is crumbling…

Vianney: But I suppose you can dance to the bit.
Mugerwa: Nedda ssebo. We shall call in Yudaya or Daisy to do the Maganda dance there.
Mugalu: I am surprised that a guy like Mugerwa whose Arsenal is also struggling can be jubilating.
Mugerwa: Ssebo, I am only following Vianney. Leave me alone.

Bamulanzeki: Wamma Mugerwa, do not be intimidated by Mugalu.
Spin: Mugalu, welcome back from Old Trafford.
Mugalu: But for you Manchester United people, we know you; you are semifinal specialists.
Vianney: Does Mugalu still have the moral authority to talk about the FA Cup, which he is not in?

Spin: The man is just trying to save face, nothing else. Where is Sebugwawo, bannange?
Vianney: Let me call him on my phone. Sebugwawo, the meeting of the top four teams is on today.
Sebugwawo: Vianney, ask Spin which trophy Manchester United won on Sunday.
Zziwa: Our friends the champions are now in tears.
Mugalu: Zziwa, Bamulanzeki and Mugerwa, we are both in the same boat. Our teams were knocked out of the FA Cup. Vianney: So, you want to form a clique, where you mourn together?