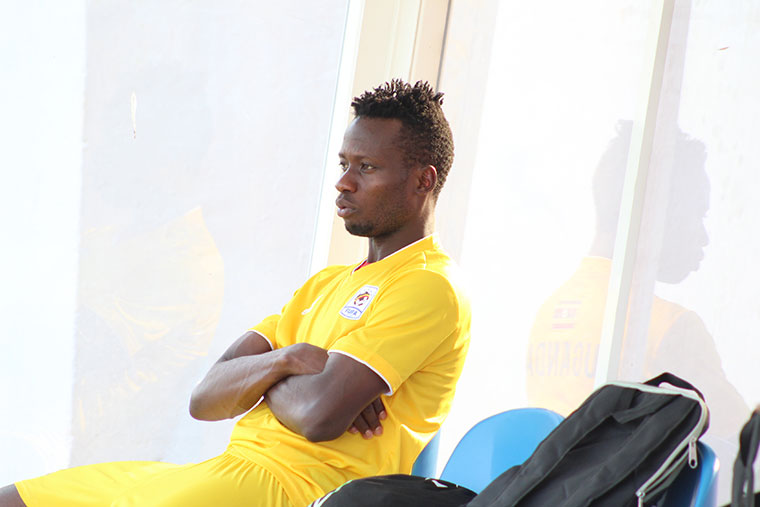 Yunus Sentamu was Uganda Cranes’ new kid-on-the-block after the 2014 African Nations Championship (Chan) tournament in South Africa. This followed the three goals he scored in three group games. Yet, six years later, Sentamu is as insignificant as it gets, reports JOHN VIANNEY NSIMBE.

The last time Cranes striker Yunus Sentamu played a competitive game, was at the end of the 2018/19 football season at FK Tirana in Albania. This is a player that once led the line for DR Congo club side AS Vita in the Caf Champions League final of 2014.

In fact, Sentamu’s stellar performance as a 20-year-old then, attracted Tunisian club CS Sfaxien to sign him in 2016. Yet, for a player that was once touted as the heir apparent of former Cranes striker Geoffrey Massa, he has also not played for the national team for three years now in a competitive game, which is deeply concerning.

“Honestly, I do not know what God’s plan is. But I leave everything regarding my life and football future to Him,” Sentamu, who even paused our interview with him for some minutes to pray, said. In fact, he has become more dedicated to God; he does not miss any of the mandatory five prayers as prescribed in Islam.

The new 2020/21 football season already underway in some parts of Europe, not long before the Ugandan one kicks off too, barring the existing lockdown on sports activities. Therefore, the possibility of Sentamu going a second season without a contract looms large.

Sentamu was among the four forwards that Cranes coach Milutin ‘Micho’ Sredojevich selected for the 2017 Africa Cup of Nations in Gabon. To many, Sentamu is seen as a big talent; one with undoubted goal-scoring ability.

Such a trait should inevitably make him hot property. Sentamu says he is training hard at the FC Bayern training centre in Munyonyo so that he is ready when an opportunity comes. His agent is apparently working around the clock.

In fact, when we met him there for this interview, he looked well toned and fit. Yet, Sentamu is criticized for having suffered a hangover, following his early success, and big money moves in professional football. Apparently, this has affected his professionalism and focus, a reason FK Tirana let go of him.

However, Sentamu said: “After two years at Tirana, I felt it was time to seek a new challenge.”

Yet, the thought that Sentamu did this before securing a move elsewhere, brings his judgement into question. But he reasoned that he had a deal in place, although it collapsed during negotiations. Nonetheless, it was reported that Sentamu’s former team, Vipers SC wanted to sign him before the 2019/2020 season.

Sentamu rubbished that as lies, saying: “I know so well what teams in the Uganda Premier League can afford, because I have played here before. How then could I ask for such money?” Sentamu affirmed that Vipers simply disagreed with his representatives on how the negotiations were to proceed.

Such a situation has scampered Sentamu’s opportunities in Cranes colours. While he did not make The Cranes squad for the 2019 Afcon, his last involvement with the team came in September 2018 against Tanzania at Namboole. Sentamu only made the bench; not that many actually even remember.

In response, Sentamu said: “During coach Sebastien Desabre’s tenure, he told me exactly what he wanted me to improve on, to regain my place in the team, something I respected. And I continue to work, so that the coach considers me in future.”

There is no doubt in Sentamu’s mind that he is the best number nine around. Having played in the Europa League for Tirana, and previously being coached by former Brazilian International, Ze Maria back his confidence. Returning to competitive football outside Uganda is simply a matter of time, he ascertains assuredly.