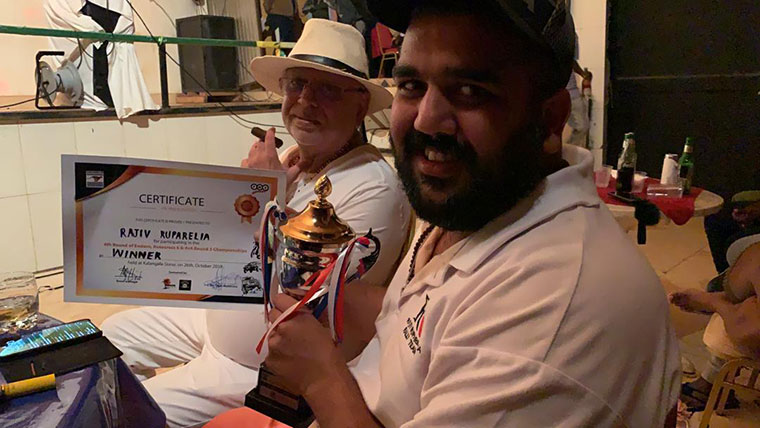 Shyam Kotecha, who was elected CMC chairman, is Rajiv’s rally team manager. CMC is one of the 15 motorsports clubs that form the Federation of Motorsports Clubs of Uganda (FMU), the sport’s governing body in the country. Rajab Kavuma has been CMC president for the last eight years since its affiliation to FMU in 2012.

Kavuma, the club founder, will now be the assistant in charge of safety. Therefore, he remains a member of the club though  his is a least considered position.

His son, Shafik Ssemujju, who has also been inactive in the sport for the past six years, is still a member of CMC. Ssemujju is expected back in the cockpit next year,  with a new Subaru Imprezza N12B in order for him to compete for top honours in the national championship title race.

According to sources, Rajiv offered to buy a new car for Ssemuju as part of the deal to  take over CMC from Kavuma. But some club -founding members like Rashid Jjingo (in-law to Kavuma) and Edison Mungereza verbally complained to FMU about what they termed as illegal sale of the club.

Mungereza wants FMU to  investigate the sale deal and the manner in which the club elections were conducted. For instance, he notes that there was no contest on any positions and all leaders were hand-picked.

That said, CMC’s new leadership plans to host some of  its events at the affluent Mirembe Villas in Kigo. They also intend to use the influence of Prince Kiweewa Jjunju in lobbying for the return of motorsport events in Lubiri, Mengo, one of the best circuit venues in the country. The venue has not hosted any motorsport event in the last six years.

If all goes well and sports are given green-light to reopen, the Boxing Day event will be hosted in Lubiri or Mirembe Villas and the hosting club will be CMC.

Despite all that, former club president Kavuma couldn’t confirm or deny anything concerning the current state of the club. But, according to reliable sources, he sold the club at  Shs 30m last year with no extra negotiations between the buyer (Rajiv Ruparelia) and seller Rajab Kavuma.

The affiliation of CMC to FMU was pushed with an agenda at least to represent the voice of drivers who had earlier on formed a faction code-named Uganda Motor Rally Driver’s Club (UMRDC). But unfortunately it was patronized and left to be a one-family club where Kavuma was president, his wife as treasurer and daughter as club secretary.

However, Reynolds Kibira, the former FMU general secretary,  blames  such incidents on  the federation’s failure to audit and monitor its member clubs. “Actually since its inception, the club (CMC) has had only one general assembly so the federation could have them accountable for failure to hold assemblies constitutionally,” Kibira said.

Geoffrey Nsamba, who contested and lost the FMU presidency race  last year, says Kavuma should at least be appreciated for founding the club because he even lost personal property chasing after the federation’s affiliation.

Nsamba adds that  the new CMC leadeship has already raised the bar high by promising ‘bigger things’, which even the federation only dreams of.