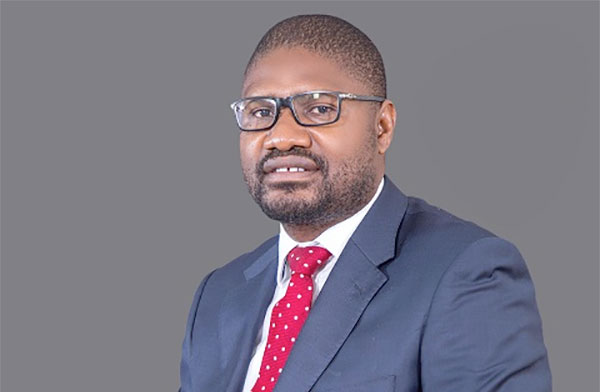 Ali Ssekatawa is the first person to formally announce his aspiration for the Fufa top job when the federation goes to polls in September 2021.

As ELLY KYEYUNE writes, the longtime administrator of URA FC and later Nyamityobora FC is banking on selflessness to turn around Fufa fortunes.

As the clock continues to tick towards the 2021 Fufa polls, several leading football administrators remain cagey about their ambitions. Even Moses Magogo, the Fufa president, is yet to declare whether he will stand for another term.

However, Ssekatawa, a longtime football  administrator, has boldly thrown his hat into the race for the Fufa presidency, a move that has stirred debate.

First of all, Ssekatawa (Left), who works as the Petroleum Authority of Uganda (PAU) director for Legal and Corporate Affairs, is not known to be in football politics.

Therefore, his declaration to stand for the Fufa top office has been met with several questions from stakeholders; can he dedicate his time to football?

Can he build football structures as opposed to centralizing powers in the executive? Can he weed out the vices of corruption and match-fixing? Most importantly, can he deliver football to the Promised Land as a sport that seamlessly fuses the aspects of entertainment and business?

To Ssekatawa, it all starts with governance that he sees as defective. “Governance goes with structures and professionalism but what we have in Fufa is patronage. I will empower the office of the Fufa CEO to run the day-to-day activities of football instead of having a Fufa executive fully running the sport. A Fufa president is supposed to operate like a board chairman to oversee the work of the CEO. Being a Fufa president is a volunteer position, and not an employment,” he says.

“It is the CEO’s office supposed to run affairs of administration, sponsorship welfare, logistics and marketing with set targets. It is supposed to report to the Fufa executive. But what we have is an executive that reports to no one. There are no checks and balances. This has to change.”

To Ssekatawa, these are issues he plans to address in a short time. He argues that Ugandan football is at a stage where the tenets of the game have been reversed to favour those at the top while at the same time milking those below.

“Picture this, Uganda Premier League [UPL] clubs do not get any assistance from Fufa but instead they pay money to the federation. For instance, when a sponsor pays to sponsor the league, Fufa gets a huge cut yet at the end of the day, it is the clubs that toil to pay players’ salaries, housing and health allowances,” he says.

“This must change. Just imagine, players who get injured on national duty have their expenses covered by the clubs regardless of whether they win huge prize money from these engagements.”

To show how the current football structure is flawed, Ssekatawa argues that Fufa has a conflict of interest in most of its ventures. “The Fufa president shouldn’t be a day-to-day job. How can you examine the efficiency, transparency and accountability when you are running all affairs?” he wonders.

“Football is entertainment and business; so, welfare is an essential part of players. The welfare of players from all categories needs to be prioritized. When someone plays football, he/she foregoes many life opportunities as they create a platform for others to thrive. So, when they retire, they have to have a back-up plan. If we register all former players and form a Sacco, government can easily fund it. I understand Fufa wants to put up a Sacco for former players but that is defective when there is no such arrangement for current players. Players have to grow into a system but not need the system when they are down.”

Indeed, Ssekatawa, who contributed to Andrew ‘Fimbo’ Mukasa’s plight by building him a house, says his biggest concern is to have footballers who retire into a decent lifestyle.

“They spend the better part of their prime life providing opportunities to us but when they retire, they are on their own…that’s not fair,” he says.

“My first mechanism will be to create a system that ensures players get utmost support in life after football. I cannot say we are going to solve each player’s problem but there must be a structured approach and leadership so that the players are the special group. When it comes to football matters, players should be given priority over any other person because they provide a national service. Why should Fufa, for example, employ another person when a former player is jobless with the requisite driving skills?