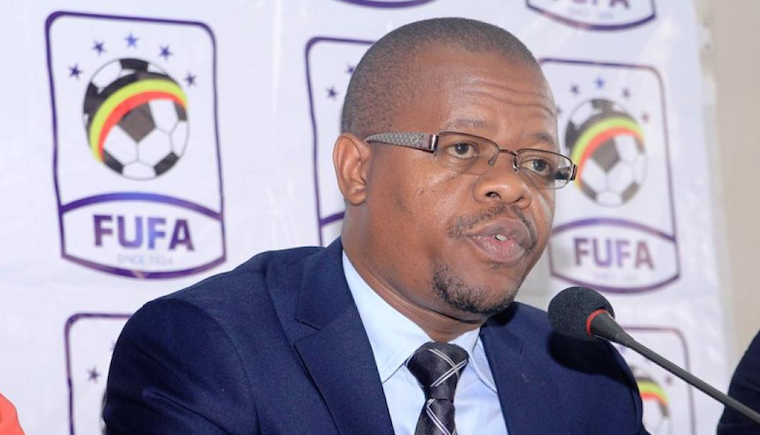 Just like everything in life, every bad deed comes with a silver lining. Ever since the breakout of the coronavirus, sports in particular football - has been hit hard.

Several major competitions have been postponed indefinitely while some have been cancelled altogether. This means loss of revenue for players, officials and broadcasters not to mention the dull environment created for fans.

In Uganda, all football action has ground to a halt, leaving several stakeholders wondering what lies ahead. Over the past week or two, I have been bombarded with financial pleas from several footballers and officials.

Their plight is understandable given that many of them live hand-to-mouth but what concerned me most was the lack of effort from Fufa, especially in regards to instilling confidence amongst its stakeholders.

For the uninitiated, Fufa reserved virtually every powers in Ugandan football unto itself; right from who owns a club, how it should run, making the rules for all competitions and also determining who gets what.

In that respect, one would have expected the federation to come up with measures of ensuring that stakeholders continue to have trust in the sport. Instead, Fufa remains as clueless about what lies ahead as players and club owners continue to feel the financial pinch of the football lull.

To me, all this is down to the Fufa mentality of reaping from where it doesn’t sow and when you have such a mentality, you never plan for others. Where is the players’ welfare fund or clubs’ lobby group? What about a special budget to deal with unforeseen circumstances?

In such times, Fufa would at best have come up with a rescue plan for the thousands of players from whom it derives legitimacy. At the very least, Fufa should be using the influence of local stars to drive government’s call on the public to stay home, maintain social distancing, sanitize or to wash hands with soap.

This, however, is not possible because the Fufa executive’s primary treats football as a means of income and matters are not helped by the fact that Moses Magogo, the Fufa boss, is a convicted fraudster who lost all credibility.

That perhaps explains why Fufa conspicuously shunned President Museveni’s anti-corruption walk last December and it is no surprise the federation, and to an extension the National Council of Sports (NCS), have turned a blind eye to join government’s effort to sensitize the public about coronavirus. This, in spite of the fact that football influences millions of Ugandans and 75 per cent of youth are involved in sport.

Why not, at least, borrow a leaf from the Sierra Leone FA that helped its government’s effort by donating $67,000 towards fighting the coronavirus?

Lest I forget, government pumps billions of shillings every year to facilitate sports. Had Fufa played an oversight role in football activities, it would have dedicated a great deal of effort to plan for life during and after coronavirus, which may continue to wreak havoc for months to come.

For instance, Fufa has all the necessary information about the Uganda Premier League (UPL) players and therefore, this woud be an opportune time to bail them out with handouts.

Unfortunately, Fufa’s best efforts to show concern came a few days ago in the form of a proposal to reduce top-flight clubs from 16 to 12, a move basically aimed at kicking out community clubs, among other sinister ideas.

Fufa is shamelessly propagating this scheme without minding about the 10 per cent it collects from the clubs’ sponsorship package from StarTimes. If only Fufa left that to cubs, they would be in better position to compete but by reducing them, Fufa’s share will also increase.

In the midst of all this, Fufa has remained silent on the move by Fifa chief Gianni Infantino to rescue the game with a $2.2bn stimulus of which Fufa stands to get not less than $3m (about Shs 10bn). You don’t need to be a rocket scientist to guess where it will all end.

On the other hand, the break brought about by the coronavirus pandemic has also bitten hard the people that fraudulently live off football.

I am aware of football administrators and Fufa officials who live off fixing matches and giving unfair advantage to some clubs. These are people who act like football revolves around them and they can go away with murder.

On a side note, this is a wake-up call for all sports personalities. Players should start thinking outside the box and plan their careers well because in a country like ours, there are limited opportunities after retirement.

The author is Nyamityobora FC president