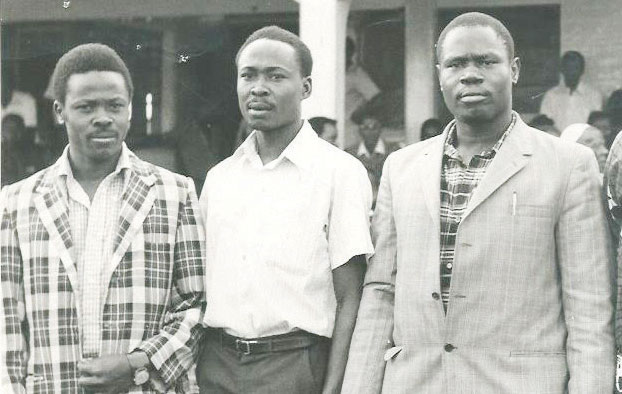 George Wamala Katumba, the recently-deceased football administrator, can best be described as one of the most passionate people in Ugandan football. He died December 21, 2019 after a heart attack.

He was 75. Katumba's death is not only a big blow to his family and friends but the football fraternity, which he has served all his life. He was one of the few football referees who had a good memory and was always willing to help. A former referee and administrator, Katumba is best remembered for being at the helm of Fufa for three weeks and it is the circumstances that catapulted him to the top office that remain subject of debate to this day.

In an interview I did with him in the eighties, Katumba often spoke with fondness how he was inspired into the field of refereeing by experienced Fifa referees Mohammad Rajab Kisekka and Asaph Sendi.

Katumba's link to football came via his employment as an administrator in Kampala City Council (KCC) sports department before he started officiating games in 1969 and elevated to the Fifa status in 1978. But due to his close ties with KCC FC, Katumba didnít officiate games involving KCC, to avoid a conflict of interest.

On January 18, 1975, Katumba went to Nakivubo stadium to watch a league game between Lint FC and Prisons FC but the events that followed the match must have shocked him beyond belief.
Lt Col Nasur Abdallah, the governor of Central Province and chairman of the sports disciplinary committee, was incensed that Kezekiah Segwanga Musisi, the Fufa chairman, was not around because he was away in Zanzibar on Cecafa duties.

Nasur convened an impromptu press conference to rebuke Segwanga and in a fit of rage, he looked around the room and instantly zeroed on Katumba, whom he appointed henceforth as Fufa interim chairman to replace Segwanga. Indeed, Katumba assumed office the following day and went about his work as ordered while Segwanga didn't put up any resistance.

But within one week, a group of sports administrators led by Fred Yiga petitioned President Idi Amin to have an elected Fufa boss, something that Katumba didn't impede. Katumba told me that many people approached him to invoke Nasur's name but he opted to step aside for the good of the game. He did not contest for the leadership that brought in Era Mugisa Bisereko to replace him.

Katumba returned to his referee role without any fuss but in 1981, he broke tradition and started officiating games involving KCC. Surprisingly, KCC lost or drew most games he handled and the biggest beneficiary was Express, which won more games officiated by Katumba.

Katumba at times played the role of assistant referee and in 1984; he officiated at the Africa Cup of Nations in Ivory Coast where he was voted as the tournament's assistant best referee.

Outside football, Katumba was a social and talkative person. He was ever-present at Nakivubo stadium where he had an office for more than 30 years as secretary of Kampala District Football Association.

On a personal note, some of his children got involved in sports. Each of his sons Dickson Katumba and Isaac Katumba featured for SC Villa in the early nineties. Meanwhile, his daughter Christine Lubade was a top player in netball and handball for the She Cranes and the national women handball side.